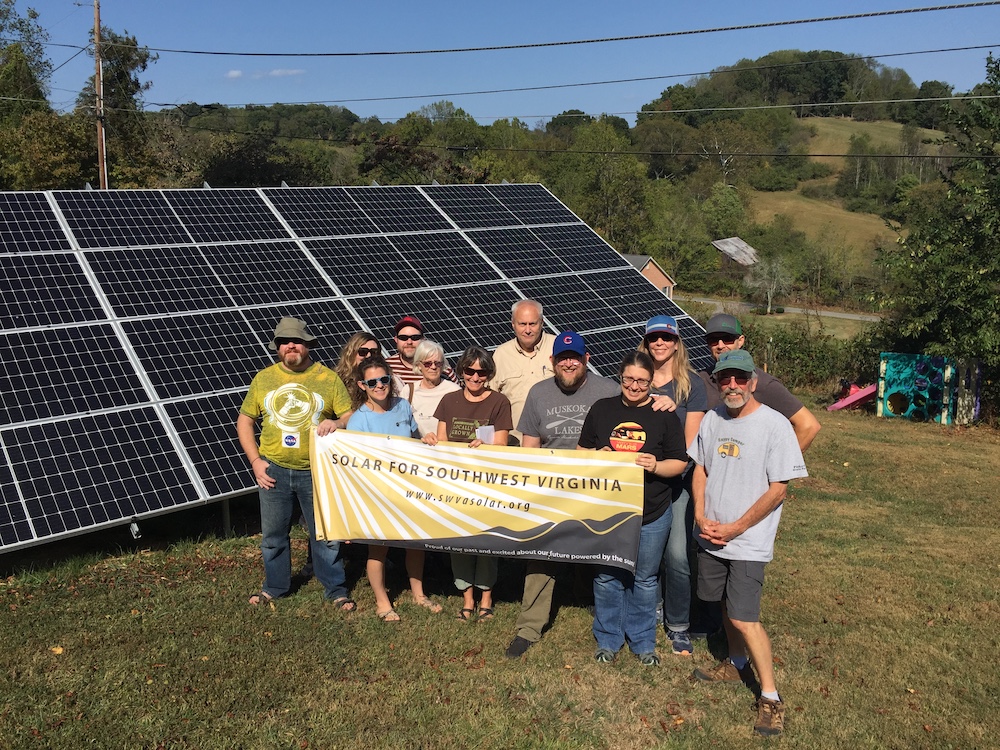 The Solar Tours were attended by residents from across the region who were interested in solar energy development. While visiting multiple homes and businesses with solar installations, the participants waded into the economic benefits of solar energy as well as the different installation types, financing models, and changes in the solar industry throughout the years. 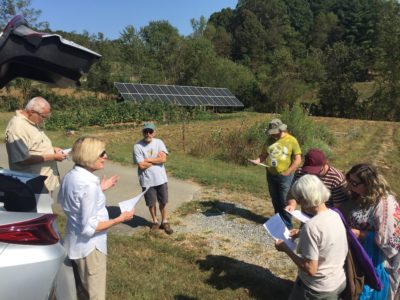 “It’s the best investment that I have ever made because, monthly, our energy bill is generally about $9, because we are on the grid,” Laurel Flaccavento said of her home’s ground-mounted system. “And I bet if you are going to put in solar, it will be even cheaper than what we paid,” she pointed out.

Given that Flaccavento was an early adopter, the price of solar panels has dropped significantly in the years since her installation, making it even more economical for people who install today.

Throughout the tour, participants explored solar energy systems along with other forms of energy efficiency such as geothermal heating, electric vehicles, solar hot water systems, and simple lighting and insulation upgrades. Stopping at buildings such as the Abingdon Muster Grounds, People, Inc.’s Abingdon Green Apartments, Mountain Empire Community College, and multiple single family homes provided examples of the many shapes and sizes of solar installations and the reasons for going solar in the coalfields. 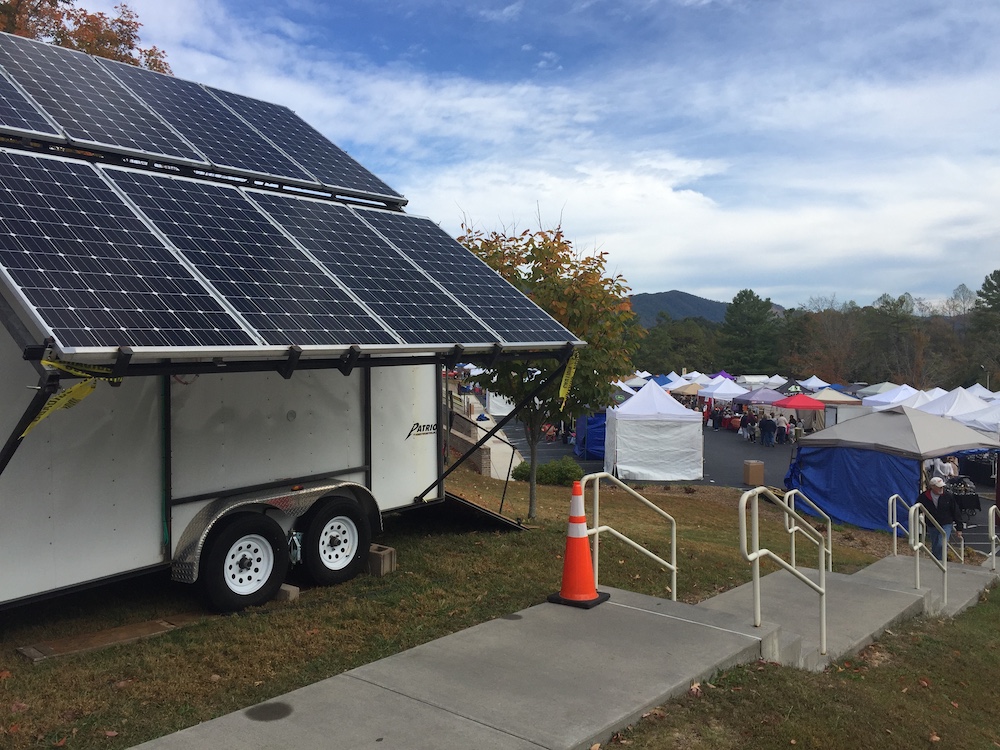 For some, it is about going green — but for most, it’s a way to save on future electricity bills. Lorenzo Rodriguez made sure to share his thoughts on the investment with the tour.

“Right now, I am coming out about even,” said Rodriquez. “I am paying no more for energy after solar than I would have been before. But, as the price of energy goes up, as currently proposed, I will be saving more and more because I purchase less of the energy I use to power my home.”

Beyond the installations, the tour provided information on the policy issues and job training opportunities associated with solar energy in Southwest Virginia. This presented an opportunity for discussion regarding power purchase agreements, net metering, community solar, meter aggregation, and access to solar energy for low-to-moderate income communities. 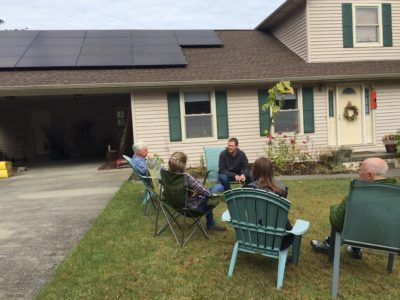 Justin Barnes presenting his home in Wise County during the Solar Tour.

Many participants expressed interest in solar energy in the past but lacked the details of how and why to convert to renewable energy. Excited to have the opportunity to speak with individuals that are both new and early adopters of solar energy production, the tour stoked the fire for several and gave them additional information and excitement for going forward with solar energy in far Southwest Virginia.