Communities are resisting the petrochemical industry’s planned expansion in Appalachia 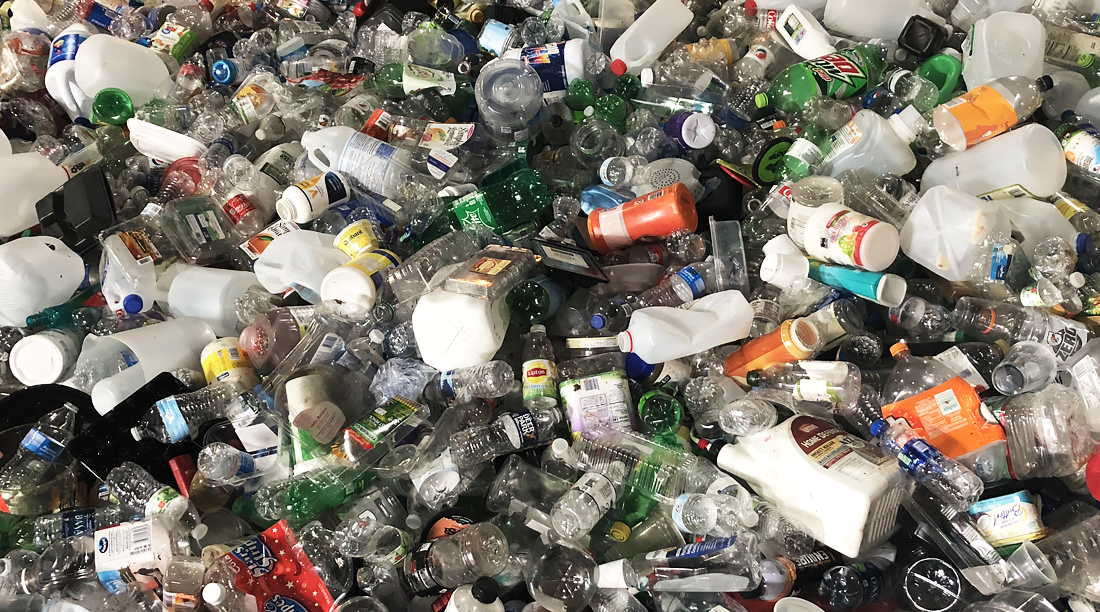 Modern life an involve a lot of plastic, like these items dropped off at the recycling center in Watauga County, N.C. While recycling plastic is an option, it’s better to use less in the first place. Photo courtesy of Cole Kiziah

Scientists have found a significant amount of microplastics — tiny pieces of plastic smaller than 5 millimeters — in Arctic snow, according to a study published in Science Advances in August. Researchers found that these microplastics were transported there through the atmosphere, which shows how widespread plastic has become in the environment.

Cutting down global plastic use may seem daunting, but individual actions (see sidebar) can help to reduce how much plastic ends up in the environment. At the same time, people concerned about plastics are pursuing more systemic change. For many Northern Appalachian residents and activists, this means resisting the construction of new plastic manufacturing facilities in the region.

Shell is constructing a facility on the Ohio River in Beaver County, Pa., known as the Pennsylvania Petrochemicals Complex. The company expects the facility to produce more than 1.6 million tons of polyethylene plastic each year beginning in the early 2020s.

Polyethylene is one of the most abundant forms of plastic globally, according to a 2018 United Nations report. It is also the same material most shopping bags are made from.

Shell’s plastic-making process will rely on “cracking,” which involves converting ethane, a natural gas liquid, into polyethylene at high temperatures. Oil and gas companies extract natural gas liquids from the Marcellus and Utica shale plays in the Ohio River Valley through hydraulic fracturing, or fracking, a process that can cause severe water quality impacts, according to a 2016 report from the U.S. Environmental Protection Agency.

Two chemical companies, one based in Thailand and one based in South Korea, are also pursuing plans to construct an ethane cracker along the Ohio River in Belmont County, Ohio. State regulators granted an air pollution permit to the petrochemical plant developers in December 2018, which environmental groups appealed.

On Sept. 23, the groups dropped the appeal after reaching an agreement with developers. The company has agreed to increase transparency and pollution controls in exchange.

According to FracTracker Alliance, a nonprofit organization that analyzes oil and gas industry data, proposed ethane crackers like Shell’s facility will “rely on a regional network of fracking, pipelines, compressor stations, processing stations, and storage to operate.” The U.S. Department of Energy stated in July that ethane from fracking and continued expansion of the Appalachian petrochemical industry could support at least five petrochemical crackers and the associated massive increase in fracked-gas infrastructure.

Opponents of the projects have organized and voiced their concerns to legislators over the potential impacts of pollution that the plastic-producing complex could have both locally and globally. Mark Dixon, a leader in the grassroots resistance effort, co-founded the online platform NoPetroPA to mobilize concerned residents against the Beaver County facility.

“We need to collectively organize to shift consumer demand and government policy to motivate manufacturers and consumers to move away from plastics as one of the primary ways by which we make the stuff that we need every day,” Dixon says.

Learn more about the proposed petrochemical and plastics manufacturing hub in Appalachia and get involved at breatheproject.org/fracking-and-petrochemicals.

In addition to opposing new plastic facilities and related infrastructure, there are different strategies you can use to reduce the impacts of plastic waste.

“If you can be a little conscientious towards the Earth and what we’re doing, then it’s amazing how many little things that you can find throughout the day that you don’t really need,” says Cole Kiziah, recycling coordinator for Watauga County, N.C.

Here are 10 strategies you can put into practice to reduce the amount of plastic consumed in your household:

1. Drink from a reusable water bottle and a reusable coffee mug. One million plastic bottles were purchased every minute across the world in 2017, according to a report from market research firm Euromonitor International.

2. Bring your own reusable bags or containers to the store for groceries, produce and other dry goods. Cotton muslin bags can transport fruit and veggies.

3. Source your food from your local farmers markets or gardens to reduce your dependence on food products packaged in plastic.

4. Purchase essential goods in bulk and avoid plastic packaging when possible. Buying in bulk can also save you money because bulk goods usually cost less per unit.

5. Use bar soap and shampoo or soap powder in reusable containers instead of liquid soap packaged in plastic.

6. Cook dinner instead of picking up takeout. Cooking at home can reduce plastic packaging, save money and result in healthier eating habits.

9. Wear clothing made from natural fibers. Synthetic fibers such as polyester tend to shed off clothes and contribute to microplastic pollution. When washing synthetic clothing, use a laundry bag or laundry ball designed to catch microfibers.

10. Contact manufacturers, legislators and local businesses to let them know you support alternatives to single-use plastics.

Switching out disposable drink containers for a reusable mug may not seem like much, but lifestyle changes to reduce plastic use can contribute to the increasing efforts made by people all around the world to reduce the amount of plastic wasted every single day.