Reflections on an episode of racial violence

“Forgetting is mighty dangerous, somebody’s got to bear witness to the truth.” — Dantzler, narrator of the play “Red Summer” 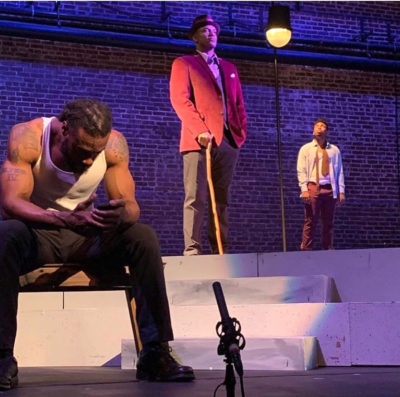 Knoxville has had a storied history with mass-scale riots. The most recent riot occurred in 2010 with the sudden departure of Lane Kiffin from his head coaching job with the University of Tennessee. After a year of coaching the Vols, Kiffin left to pursue a dream position at the University of Southern California after a 7-6 season and was rewarded with countless people storming campus, burning furniture and causing traffic in the area.

In September 2019, The Carpetbag Theater, Inc., a Knoxville-based ensemble company led by Linda Parris-Bailey, put on a performance to highlight a deeper microcosm of racial violence in its telling of the Race Riot of 1919, otherwise known as the Red Summer.

The Red Summer got its title from a string of anti-Black riots across the country following the end of World War I — these riots peaked during the summer of 1919. After the riots, hundreds of Black people nationwide were beaten and killed by White mobs due to growing racial hatred. Acknowledgement of such riots has been absent from our history books. The few who have written about this incident in-depth include historian Bob Booker in a fictionalized account and journalist Matt Lakin.

“This story is too powerful not to be told from a perspective that doesn’t downplay the truth about the events which occurred on the streets of downtown Knoxville 100 years ago,” says Jonathan “Courageous” Clark, managing director of Carpetbag Theater. “We cannot afford to let anyone forget that history, for we know if we do, we may be doomed to repeat it.”

The play highlighted a snapshot of the attitudes, fear and reality after a white mob descended onto downtown Knoxville, which was populated by mostly Black people. The performance gave a view of the fallacy many in Knoxville held before the riot that the city was free of any racial tension. It also explored how politicians respond to such tension, and how some media can shift the narrative when it comes to racism.

East Tennessee has always prided itself on being racially tolerant, going all the way back to the Civil War when the region was surprisingly pro-Union as opposed to the rest of Tennessee and the South. With Black people holding public office in the dawn of the 20th Century, many people both Black and White were under the impression that racism had no place in Knoxville. In his 2000 piece on Red Summer written for the East Tennessee Historical Society, journalist Matt Lakin described Knoxville at that time as such: “For over fifty years, Knoxville, Tennessee had boasted of its harmonious race relations, holding itself as a model to other American cities.”

According to the Journal of Negro History, in 1918 Charles Cansler, a prominent member of the Knoxville Black community, said of Knoxville that, “in no place in the world can there be found better relations existing between the races than here in our own county of Knox. No race riots have ever disgraced our city and no mob has ever vented its fury here upon any Negro victim.”

Parts of the play described the fallacy of social progress, with the characters naming off all the achievements surrounding Tennessee prior to 1919, including being the deciding state to give voting rights to women and the founding of the Knoxville Branch of the NAACP. In between those achievements were reminders of social decay, with segregation of public schools and Jim Crow laws. When it came to 1919, the characters portrayed how one event gave a chilling awakening and a grim reminder of how society valued Black life in the wake of tragedy.

The man at the center of the Knoxville race riot was Maurice Mays, owner of Stroller’s Café on Center Avenue who was also a social debutante and former sheriff’s deputy. Mays was a Black man raised by foster parents and was theorized to be the son of then-Knoxville mayor John McMillian. 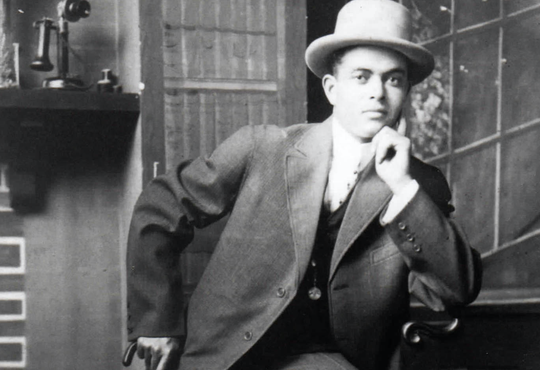 In August 1919, an intruder invaded the home of Bertie Lindsay and killed her in her bedroom on Eighth Avenue. Police arrived to Mays’ home soon after and brought him to Ora Symth, the only witness and cousin to Lindsay, under a bright streetlight where Symth named Mays as the killer.

The play went back and forth between the telling of Mays’ story and portrayals of Black people at the height of the riots after Mays’ arrest for the murder of Lindsay, a White woman. Mays also had relationships with other White women, which made him a target of local law enforcement. Before the Supreme Court ruled interracial marriage legal, any relational interaction between races was considered not only taboo, but a ticket to the jail or the grave.

The day after Mays’ arrest, a violent White mob came to the Knoxville jail for retribution, which provided the catalyst for the riot. Officials correctly anticipated a violent response, and quickly shipped Mays to Chattanooga. A mob formed to march to the jail in downtown Knoxville in search of Mays after word spread about the murder.

The Black community in Knoxville was mostly concentrated downtown, so the likelihood of a clash grew as the mob grew in number and rage. What the mob did not expect was that Black people in the area were ready to defend themselves. Stores were looted of ammunition and alcohol to add to the tension, and it all culminated in the heart of downtown with shots fired on Aug. 31, 1919. Black veterans from the war participated not only out of a sense of protecting their neighbors, but also rejecting surrender to racism after they risked their lives for the country a year prior. Some members of the National Guard, though called to stop the riot, participated with the mob and fired at Black people to further add blood in the streets. After close to 48 hours, the violence was quelled following a mandated curfew. Hundreds of people were injured and several killed.

Mays returned to Knoxville a month later to stand trial with the weight of his accusation and the riot. He found himself alone after requesting help from the NAACP, but was rejected due to scarce resources already allocated to other riots that same summer. An all-White jury found him guilty after a mere 18 minutes and he was sentenced to death. On the ides of March, the same time Julius Caesar was killed, Maurice Mays was executed in 1922 by electric chair.

Knoxville found itself at a crossroads with that riot — it was no different than most cities at the time, and it took one case for reality to set in. It’s an all too familiar example of how when a Black person is accused of anything, the entire race is on trial and forced to play defense attorney. The mob did look for Mays specifically, but the riot itself signified that it could have been anyone in that cell as long as they were Black.

During the heat of the riot, the characters on stage wrestled with standing up to the mob while realizing how Knoxville was not exempt from racism. Characters gave accounts of what really happened during that time to counter the biased portrayal of the event through the media, which appeared to be one of the main antagonists in the play.

It parallels reports of current racial injustice with Black victims frequently illustrated as the provokers of their own demise and their killers viewed as the true victims, shifting the narrative to put the deceased through the trial of public opinion and supporting a false sense of utopian progress decades after the Civil Rights Movement. Even those who went to the streets to address injustice have been seen in some media as rabble-rousers, with damaged property given more attention than the reason why people were in the streets in the first place.

“‘Red Summer’ emphasizes the importance the media played, and continues to play, in deciding how folks see one another and this is still true today,” says Jonathan Clark, managing director of the theater.

Throughout the performance, different eras of Black music were centered, including R&B, gospel, and even hip-hop to show the varying perspectives of why the riot occurred and the characters’ roles in it.

The ending of the play showed Mays in three eras of his life. He is the ideal man in a suit, tie, hat and cane; he is the man in his house clothes under the streetlight shocked that racism literally came to his door; he is the man desperately pleading for his life in a jail cell while waiting on his impending doom.

The play also exposed that Tennessee’s governor at the time did not want to intervene in the case and claimed that any move in Mays’ favor would result in political ruin, leading to the argument that addressing racism is a moral right and has to be a priority for our leaders. Nearly 100 years later in 2011, former Tennessee Gov. Bill Halsam declined to clear Mays’ record, deferring to the decision of the jury at the time.

What was unknown to most was revealed toward the end of the play: five years after Mays was executed, a White woman confessed to the murder of Lindsay, to the shock of the audience. The ending of the performance included images of civil unrest 100 years later to remind us all that there are still battles to be fought and won. The battle to exonerate Mays has failed three times with the most recent refusal from Haslam.

What Carpetbag Theatre wants the audience to walk away with is the hope, as Clark says, “that the ways in which we move forward, knowing the truth, will offer some semblance of justice that we desperately owe our past.”

Decades later in the 1960s, Knoxville boasted that it was an “All-America City,” while protestors challenged the title by protesting segregation at the Tennessee Theater a street up from the Bijou Theater, which hosted the Red Summer play this year.

As much progress as Knoxville has made over the past 100 years, we must not forget the work needed to be done to achieve true progress. Maurice Mays was Emmitt Till. He was Mike Brown. He was Trayvon Martin. He was Sandra Bland. The play was a rallying call to us to keep the fight going to honor those who fought and died simply for existing. The play and the man at the center of it should be a stark reminder that whether concealed or open, racism is a sickness to be tackled head-on and not something to be treated naively.