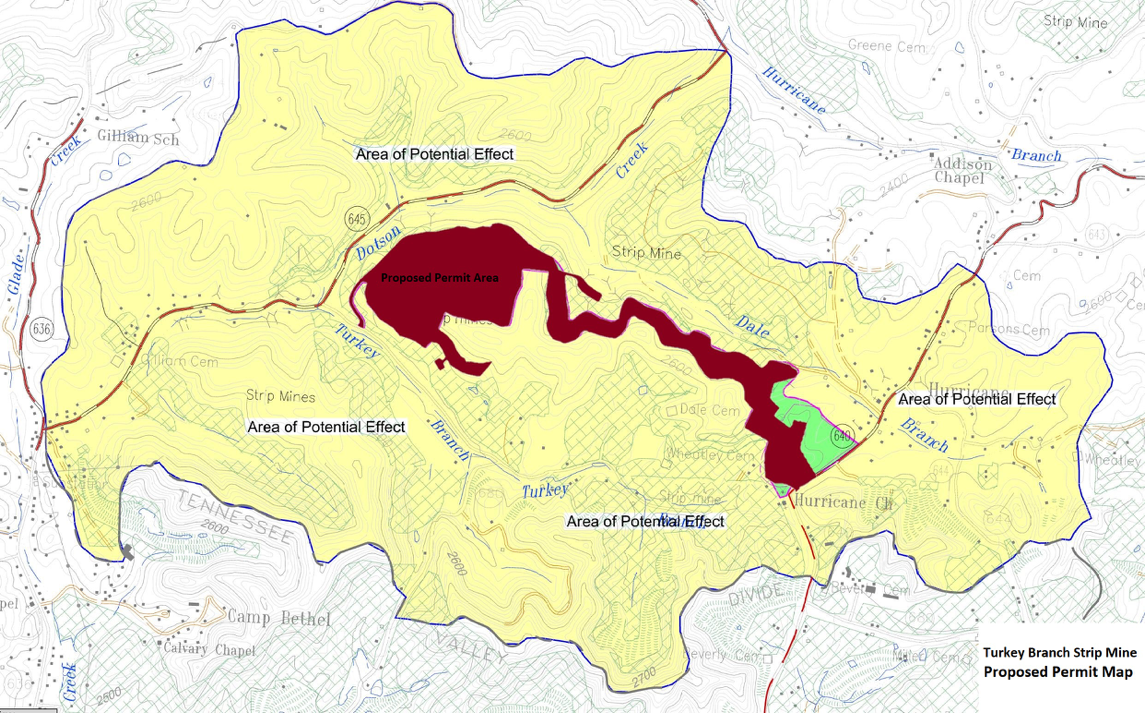 The proposed permit map for the Turkey Branch Surface Mine. Map by Adam Malle

In 2004, a boulder was dislodged on an A&G Coal Corp. mountaintop removal mine in Wise County, Va. It rolled down the mountainside and into a home, killing 3-year-old Jeremy Davidson. The individual at the helm of A&G at the time was Jerry Wharton. After more than a decade away from mining, Wharton’s new company, J.W. Construction, is now operating the 100-plus acre Pole Bridge Surface Mine near the University of Virginia’s College at Wise and is seeking a permit for a second, similarly sized mine nearby, called the Turkey Branch Surface Mine.

The Southern Appalachian Mountain Stewards (SAMS) has been resisting mountaintop removal and working to advance economic diversity and community resilience in Southwest Virginia since 2004. The group’s formation was galvanized in-part by the death of Jeremy Davidson, and by widespread discontent with A&G’s operations in Wise County.

SAMS is challenging J.W. Construction’s proposed Turkey Branch Surface Mine. Earlier this month, the organization outlined their objections in a meeting with the Virginia Department of Mines, Minerals and Energy. Click here to read a detailed account on SAMS’ website.