Appalachian Voices, SkyTruth and Duke University participated in the study 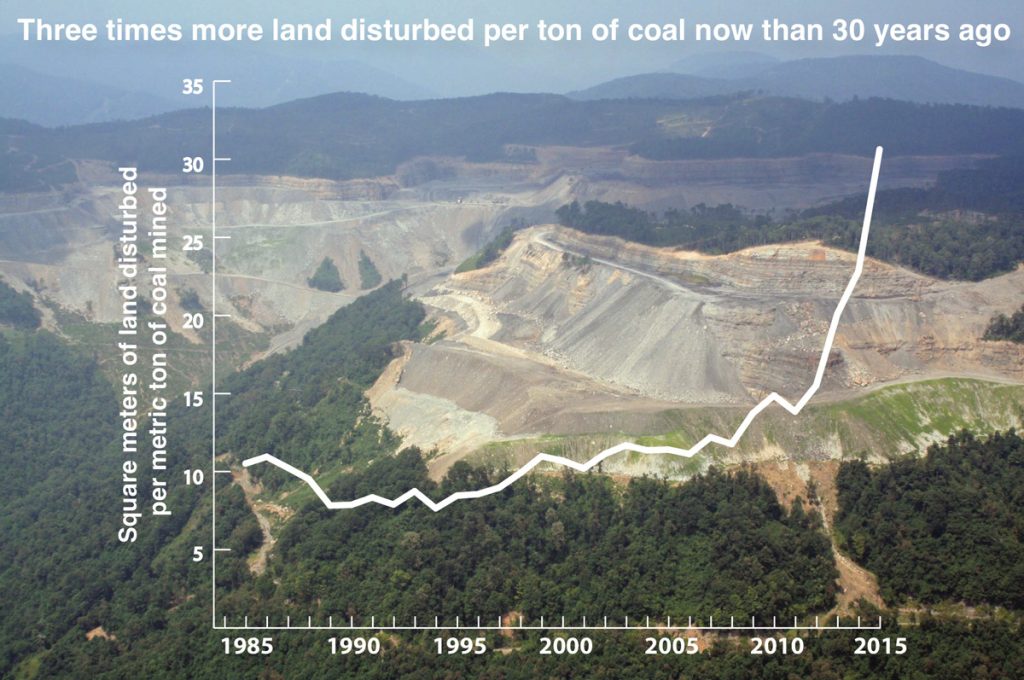 “The fastest way to put thousands of unemployed Appalachian coal miners back to work is to invest in reclaiming abandoned mine lands, particularly in ways that lead directly to diverse economic development,” says Matt Wasson, director of programs with Appalachian Voices. “This is exactly the tool that is needed to understand where and when mining has occurred and to prioritize the cleanup of these dangerous and polluted sites.”

The study, published in the Public Library of Science’s multidisciplinary Open Access journal PLOS ONE, found that:

“It’s important for policymakers, scientists and the public to see and understand the full scope of landscape disruption that Appalachia is burdened with as a consequence of our persistent economic dependence on coal mining,” says Christian Thomas, geospatial analyst with SkyTruth. “Google Earth Engine is a powerful tool for making this legacy visible and measurable, the first step toward envisioning a new future for the region.”

“These new data will enable a variety of new scientific research inquiries to better understand the environmental and human health impacts of mountaintop coal mining. Researchers will be able to align historic data on water quality or species distribution, for instance, with this new understanding of exactly when and where mining occurred,” says Andrew Pericak, research analyst with Duke University. “And I’m excited for future updates to these maps so as to facilitate up-to-date studies.”