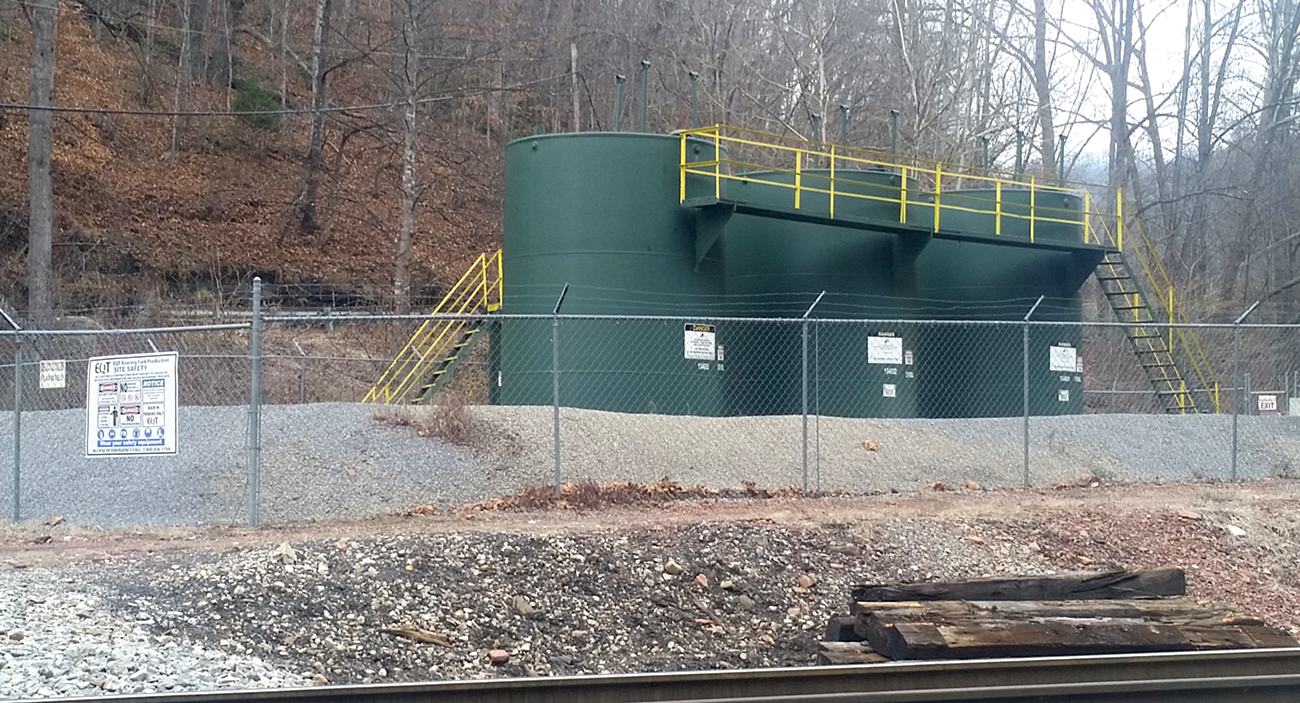 A gas well in the Stonega coal camp

Appalachian Voices presents a series of blogs about land ownership in Appalachia and how it impacts efforts to diversify the region’s economy. The author is Terran Young, a Wise County native, herbalist, film producer and mental health advocate. Terran is currently serving as a Highlander Appalachian Transition Fellow working in partnership with Appalachian Voices, Southern Appalachian Mountain Stewards and LiKEN Network.

In my first blog, I discussed the Land Matrix, or the current structure of land ownership, use and distribution in Central Appalachia, and in particular, Wise County in southwestern Virginia. I also discussed how to change the Land Matrix. Let’s start back there.

The next step in making a change in the Land Matrix is figuring out how we change the current structures that are in place. Understanding those structures would be a good start. So I decided to ask a few questions.

Who establishes the tax rate in Wise County? Can Wise County tax absentee corporate landowners at a higher rate than local landowners? How is land assessed with no comparable sales to establish fair market value?

The tax rate is established by the Board of Supervisors. In Wise County, it is relatively low — 60 cents for every $100. If my private residence is appraised at $100,000, then I would pay $600 in property taxes a year. Under state law, localities cannot tax absentee landowners at a higher rate than local landowners in the same category. For instance, a coal mining company whose headquarters are in Texas cannot be taxed higher than a locally owned coal mining company with headquarters in Wise County. This is called the Dillon Rule. It is a rule that was adopted by the state supreme court in 1896 that gives local government the ability to pass ordinances except where the General Assembly has granted them authority.

Another important aspect in understanding the Land Matrix in order to change it is learning who sits at the top: Who pays the most taxes to the county? Who are the major players?

In conducting this research, I’ve frequently visited the Wise County Courthouse, and recently sat down with Doug Mullins, the Commissioner of Revenue, for a conversation. I asked if he could provide me with all of the tax records for the entire county from as far back as they go up to the present. Big ask, yes, I know. After much compromise, we settled on the top 10 or so taxpayers from 2014 to 2017. I would like to briefly examine the top three.

In 2000, EQT acquired the Appalachian production assets of Statoil Energy, Inc., for over $630 million. A general release document from EQT (referred to as Equitable) stated the following about the acquisition:

“The acquired assets are contiguous to Equitable’s Appalachian properties and include nearly 1.1 TCF (trillion cubic feet) of proven gas reserves and 6,500 natural gas wells in West Virginia, Kentucky, Virginia, Pennsylvania and Ohio. The addition of these production assets in Appalachia more than doubles Equitable Resources’ natural gas reserves in the United States’ largest gas market — the Northeast. The acquisition will make Equitable the largest producer of natural gas in the Appalachian basin.”

Following EQT in highest amount of taxes paid to Wise County is EnerVest Energy Institutional fund XIV-A LP. In the same 2017 landbook, the company’s local investment was assessed at over $80 million and paid just under $500,000 in taxes. EnerVest first appeared in the Wise County Commissioner of Revenue Account List landbook in 2016 with no mention of them before. They made their debut at the second highest tax payer in the county and remained there as of March of 2017. According to Bloomberg, EnerVest is a “sector fund specializing in buyouts in energy and oil and gas property sectors.”

EnerVest has over 40,000 wells in the United States and over $7 billion in diversified assets. Their website states that fund XIV-A-LP is the largest in the history of the company with a purchasing power close to $4 billion. While these numbers are impressive, the most interesting thing on their web page is a tab for government relations. This leads to a page where president and CEO John B. Walker has written about the industry and encourages people to know their legislatures and influence them to vote favorably for oil and gas production issues. The page also includes links to daily election updates, how to find your elected officials and a legislator scorecard, among other things. There is also a link for state issues; under Virginia, the site directs you to a Business-Industry Political Action Committee (BIPAC) website.

Different states link to different sites but one thing is sure: EnerVest wants its investors and employees to use their voting power.

Rounding out the top three is Penn Virginia Operating Co., LLC. While Penn Virginia Operating Co., LLC is not a coal company, it provides mining and leasing of coal properties and manages some coal properties as well. It was founded in 2001 and is based in Randor, Penn. It operates as a subsidiary of PVR Partners, LP., and is the third-highest assessed corporation in Wise County with a value of over $65 million. 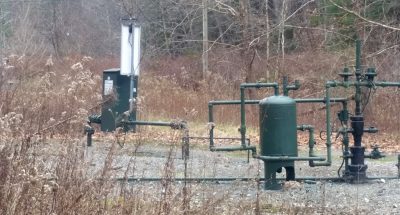 A gas well in the Derby coal camp

With over $1 million in tax revenue coming from oil and gas companies yearly, it’s fair to say that coal is no longer the top revenue source for the region. Yet, much like coal, oil and gas require access to land as well. Yet within these extractive economies, is giving up more and more land to outside corporations benefiting to the businesses and residents of Wise County in the long run? And given the profits that these corporations bring in, are they paying their fair share back into the region from which they receive resources?

These are a few of the major players in Wise County and just the very tip of the iceberg. I am a firm believer in the saying “Knowledge is power.” In order to make something work, you have to know who and what you are working with. You should be familiar with the people that represent you, and be familiar with the issues, especially the ones that affect your land, your health and your livelihood. Know your legislators, know their stance and most importantly get involved.

If you would like to know more about the Land Matrix, who is a part of it and help with research, or if you have questions or information about certain land near you, please reach out to the Appalachian Land Study and those that help coordinate it at LiKEN Network or Southern Appalachian Mountain Stewards.

The Appalachian Land Study is a community / scholarly collaboration to provide accurate data about land ownership, mineral rights, and public revenues in Central Appalachia. This current effort began in Sept 2016, and builds on over four decades of community-based research. More information about the diverse groups and individuals involved can be found at appalachianlandstudy.com