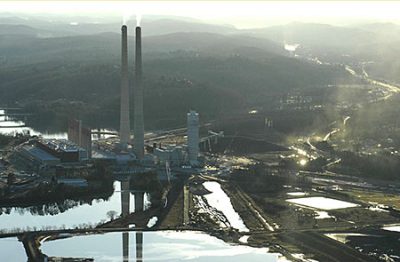 The Tennessee Valley Authority’s (TVA) Kingston Coal Plant was the site of one of the largest environmental disasters in the United States when it spilled 1.1 billion gallons of coal ash slurry into the surrounding community in 2008.

Since then, the plant has continued to pollute nearby public waterways due to lax permitting by the Tennessee Department of Environment and Conservation. Under an expired water permit, the plant has been allowed to discharge unlimited amounts of toxic pollutants, including lead, mercury, arsenic and selenium, into the Clinch River. These pollutants directly threaten local communities and public water.

TDEC is accepting written comments on a new water permit for the Kingston Coal Plant through December 18. TAKE ACTION: Join us and the Sierra Club to tell them to issue a permit that protects our clean water!

The current Clean Water Act permit for this plant has been expired since 2008. The new draft permit makes no improvements toward protecting public water, ignoring the recently updated federal effluent limitation guidelines for power plants.

TEDC is also holding two public hearings for this permit on December 7. Sierra Club and Appalachian Voices are calling on people to attend the hearing to demand a strong water pollution permit for the Kingston plant.

RSVP if you can attend!