Special to the Front Porch: Our guest today is Lena Lewis, a student in the Master of Public Policy program at the Batten School for Leadership and Public Policy at the University of Virginia, who is interning with Appalachian Voices this summer to promote clean energy options in Virginia. 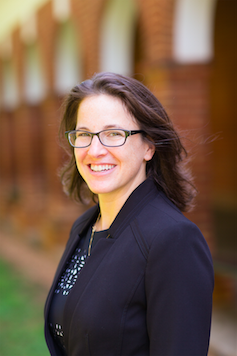 Do you want to see real reductions in Virginia’s carbon dioxide emissions? Do you want Virginia’s power plant owners to factor the negative impacts of pollution into their business strategy? Do you think free-market capitalism should be used to fight climate change instead of accelerate it?

If you said “yes,” to any of these questions, you’re in luck. Virginia’s Department of Environmental Quality (DEQ) is developing a rule that could significantly limit carbon emissions from the commonwealth’s power plants. Following Governor Terry McAuliffe’s Executive Directive 11, the DEQ is creating a proposal “to ensure that Virginia’s regulation is ‘trading-ready’ to allow for the use of market-based mechanisms and the trading of carbon allowances through a multi-state trading program.” The agency is taking public comments now, and we’ve made it easy for you to submit yours.

Wondering what this all means? Let’s break it down.

When creating a carbon market, the first thing to do is set a limit, or cap, on the total amount of carbon pollution that power plants in Virginia are allowed to emit in a year. The second step – and this is essential to actually reducing pollution levels – is to lower the cap steadily over time. Then you provide or sell allowances to power plants to emit a certain amount (like one ton per allowance) of carbon dioxide. Next – this is also key – you allow power plants to sell those allowances to each other or to anyone else. That’s the “trading ready,” “market-based mechanism” that Gov. McAuliffe mentions.

Through buying and selling carbon allowances, electricity producers will find the most cost-effective way to reduce carbon emissions. If a power plant emits a lot of carbon dioxide, its owner will have to buy a lot of allowances, which will increase expenses. Power plants that have lower or zero carbon emissions will have a competitive advantage in the energy market, because they don’t incur that expense. A carbon market creates a financial incentive to pollute less. Lowering the cap over time will strengthen that financial incentive and create an energy market increasingly favorable to zero-carbon energy sources.

There are many possibilities for how Virginia’s carbon allowances would be allocated, but here’s a simplified example. Let’s say that Virginia has two power companies, King Coal and Queen Solar, which each produce 50% of the commonwealth’s electricity. Virginia sets the yearly cap on carbon emissions at 1,000 tons, and gives half of the allowances to King Coal and the other half to Queen Solar. King Coal emits 1,000 tons of carbon a year, while Queen Solar emits zero. King Coal then has to buy Queen Solar’s 500 allowances in order to keep emitting carbon at its current level. If King Coal can reduce its emissions for less than the cost of buying allowances from Queen Solar, it will save money. As the cap is lowered to 950 tons the next year, Queen Solar can sell its allowances at a higher price, and King Coal will have an even greater incentive to lower its emissions.

And this all points to lower carbon emissions and reduced harm from climate impacts for Virginians. An added benefit of a carbon market is that other pollutants produced by the fossil fuel industry will also decrease.

Major questions remain for the DEQ to figure out, such as how to set and lower the cap, how to distribute carbon allowances fairly, and how to ensure that electricity customers are not hit with higher energy bills.

Earlier this week, the Weldon Cooper Center for the Public Interest hosted a workshop addressing these questions and more. Some of the main points of the day were:

At Appalachian Voices, we believe Virginia has the potential to lead the fight against climate change, but only if the DEQ wisely constructs this critical carbon regulation. We advocate for a rule that significantly reduces carbon pollution from Virginia’s power plants, ensures that Virginians – not utilities – benefit from any profits from carbon regulations, and incentivizes investment in zero-carbon renewable energy.

If you agree, please send your public comment through our action page.