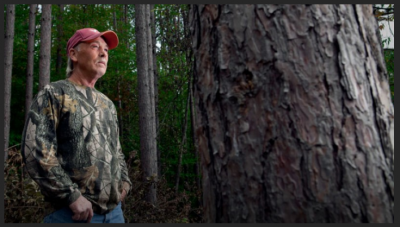 UPDATE February 2, 2017: Today the U.S. Senate voted 54-45 to kill the Stream Protection Rule, following yesterday’s House vote doing the same. This rule would have supported clean water and public health in Appalachian communities which have borne the brunt of pollution from the coal industry. Using the Congressional Review Act to kill the rule was an extreme attack on the Appalachian region’s people and environment, and goes so far as block similar protections in the future. While we applaud those who voted against this move — including Sens. Kaine and Warner — it’s unconscionable that this new Congress as a whole has played politics over people.

Over the past decade, Chuck Nelson traveled from his West Virginia home to Washington, D.C., some 25 times to make sure lawmakers and regulators were aware of the health and environmental damage from coal mining in the region. A fourth-generation miner who dug coal underground for 30 years, he and his family experienced these problems first-hand, and he wanted something done about it.

A priority for Chuck was the Stream Protection Rule, which regulators started drafting in 2010. After 15 public hearings, more than 150,000 public comments, intense vetting by states, and by industry and environmental stakeholders, the final rule was issued December 20.

It goes into effect today. If it were to stand, it would signal states to start planning to incorporate the rule into their oversight and enforcement of the mining industry. But the rule has become a centerpiece of the political upheaval occurring in D.C. It may be axed by Congress under the rarely used Congressional Review Act, if the new president doesn’t kill it first by executive order as soon as tomorrow.

In either case, as Chuck told NPR radio program Planet Money today: “All this work we’ve done for years … all that work that’s going to be wiped away with stroke of a pen.”

Appalachian Voices, in alliance with many other organizations, has worked shoulder-to-shoulder with Chuck and countless other citizens in Appalachia to get the rule finalized. While we had pushed for something significantly stronger, the final version is an improvement on the completely inadequate protections currently on the books. We will not stand by as the new administration or Congress play politics with Appalachia’s health, environment and economic future.

Yesterday, we filed a motion in federal court to intervene in two lawsuits against the Stream Protection Rule by a coal company and numerous states.

Also yesterday, five representatives on the House Natural Resources Committee issued an open letter calling on the committee’s majority to preserve the rule:

“As Donald Trump and the House Republicans prepare to begin their assault on health, safety, and environmental regulations, we believe you need to know more about their likely first target, the Office of Surface Mining’s Stream Protection Rule, and the biggest problem the rule addresses: the destruction caused by mountaintop removal mining.

Like the name indicates, mountaintop removal mining involves literally blasting the tops off mountains, digging out the coal, and dumping the waste rock into nearby valleys. The environmental consequences of this are severe and obvious to the naked eye. Less visible, however, is the human cost, and that cost is far more severe. Studies have found that mountaintop removal coal mining dust has led to increased rates of lung cancer, birth defects, and chronic heart, lung, and kidney diseases. People living near mountaintop removal mining sites often experience extraordinary suffering and need strong regulations to protect their health and their homes. …

We can’t win this fight unless members of Congress are hearing from their constituents. Call your representatives and senators and ask them to protect Appalachian streams from mountaintop removal by standing up for the Stream Protection Rule.