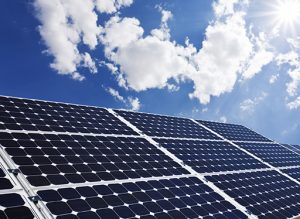 Legislation being considered by the Virginia General Assembly would make a big difference for residents who want to go solar but can’t currently afford the upfront cost.

While football fans were pumping up for the Big Game last weekend, supporters of clean power in Virginia were gearing up for a different showdown as key committees in the General Assembly prepared to take up important clean energy legislation.

Usually, these committees simply take a straight vote to pass or kill each measure. This week, however, several bills met with a different fate that we could not have predicted, and it could actually mean real progress for the solar solutions we want to see.

Where’s the controversy over freedom of clean energy choice?

A great group of bills were before the Senate Commerce and Labor Committee and the House Special Energy Subcommittee this past Monday and Tuesday. If passed, they would make a big difference for residents who want to go solar but can’t afford the upfront cost or do not have a roof or yard well-suited for an array of their own, or for a school or church that needs a no-upfront-cost option.

HB 618 and HB 1285 would allow community-scale solar installations to which customers could opt to subscribe; HB 1286 would clarify that it’s legal in Virginia for a company to sell a customer renewable energy from a system on the customer’s property; SB 140 would remove the punitive monthly fees called “standby charges” for accounts with solar arrays under 20 kilowatts, while increasing the allowable size of a residential solar array that can be connected to the grid.

Proponents of these measures point to the vast difference between the solar power installed in North Carolina and Virginia to date — our neighbors to the south have so far outpaced us 30 times over. It’s reasonable to expect that by adopting policies modeled on those states that have accelerated solar power, we can catch up and become more attractive to businesses that demand clean energy. It’s a point that Governor McAuliffe made in his State of the Commonwealth speech, which may turn out to be a motivating factor for legislators to begin getting serious about prioritizing solar development through innovative means.

Going into this week’s docket of energy bills, the leadership of the Commerce and Labor Committee must have found themselves between the devil and the deep blue sea: that is, between utilities’ preference for the status quo and reticence to embrace distributed clean energy, and fired-up constituents and renewable energy businesses calling for movement on bills that can grow jobs and enhance customer options. Advocates even planned a Clean Energy Lobby Day around the House subcommittee, so seats in the room were filled with representatives from energy efficiency and renewable energy firms and organizations from across the commonwealth.

Can’t table them, can’t pass them — they’ll tackle them this summer

So presented with these bills, in a committee room packed with interested parties, rather than table them (“table” being the customary polite term for unceremoniously kill), committee chairmen Terry Kilgore and Frank Wagner announced they are both forming a new special committee to consider these bills during the coming year. The committees then carried all the bills they did not “have sufficient time” to hear this week to 2017 with a letter directing the bills to these committees will meet in the summer — that is, almost every bill relating to clean energy financing, connecting to the grid, community scale, or in fact how efficiency programs are evaluated.

We do not yet know the membership of these committees; they will be selected from among the legislators who serve on the Senate Commerce and Labor Committee and House Energy Subcommittee and who contact the respective committee chair asking to be placed on the panel. We are aware that Dominion and Appalachian Power will bring their formidable influence to this committee. But we can take it as an indicator of the strength of our rationale for making these vital changes to our energy policy and of the progress of our movement that these bills weren’t tabled (killed) in committee.

Credit goes to everyone who took action in the past year: each constituent who met with their legislators, called their offices, sent an email. Every consumer that spoke out against standby charges, policies that block solar, programs that inflate the cost of solar and let utilities extract value from environmentally conscious customers had a hand in this outcome.

We’ll keep in touch about opportunities to inform the members of these special committees on our issues. For now, Governor McAuliffe has the authority to guide Virginia’s energy policy away from deeper dependence on gas-fired power plants and toward a renewable energy-centered future so take a moment to sign our petition to Governor McAuliffe.