What the decision means, and doesn’t mean, for the historic climate rule 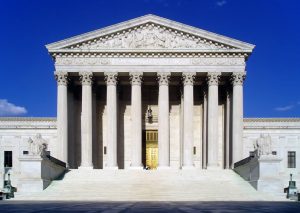 After a setback dealt by the U.S. Supreme Court, it’s imperative that decision makers in our region understand the opportunities presented by the Clean Power Plan rather than falsely attacking it as the cause of the coal industry’s hard times.

Last night, in a 5-4 decision, the U.S. Supreme Court temporarily stayed the Clean Power Plan in a challenge brought by a coalition of states and industry groups.

Responses poured in from opponents and supporters following the court’s decision, some of which could cause a bit of confusion. Perhaps the most important thing to point out is that the Supreme Court did not “kill,” “block” or “overturn” the Clean Power Plan.

The hold is temporary until legal challenges to the rule are resolved, and we fully expect the plan will prevail. The court put the issue on an expedited docket, with oral arguments scheduled for June 2.

You also may see some opponents celebrating the decision as a “public victory.” But across the country, there is strong and growing public support for limiting carbon pollution from power plants — exactly what the Clean Power Plan is designed to do. In other words, public appetite for expanding energy efficiency and renewables has already been raised. Americans recognize the need to address climate change and the widespread economic and environmental benefits of clean energy. This temporary stay won’t change that.

The breakneck growth of solar and wind in many parts of the country, and coal’s concurrent decline, are not the result of the Clean Power Plan’s requirements, which would not be enforced until 2022. Instead, investments in renewables are taking off because of their increasing affordability and reliability.

In some cases, states in Central Appalachia and the Southeast could easily comply with the Clean Power Plan. Many are positioned to exceed their carbon-reduction targets, and they can do so while creating jobs, protecting ratepayers and fostering healthier communities. We hope states that are already pursuing compliance stay the course.

It’s imperative that decision makers in our region understand the opportunities presented by the Clean Power Plan rather than falsely attacking it as the cause of the coal industry’s hard times.

The Clean Power Plan has never been a factor in the decline of the coal industry in Appalachia. Rather, the decline is a result of depleted reserves and low competitiveness when compared to western coal and other energy sources. Those trends are unlikely to reverse, no matter what the regulatory environment is. The Supreme Court’s actions yesterday won’t undo the decades-long trend of declining coal employment and production in Appalachia.

At the same time, the job-creating potential of the Clean Power Plan has been put at risk. We want to see a future in Appalachia where energy efficiency and solar power save people money, create local jobs and help build wealth in our communities. The Clean Power Plan is still years away from being implemented, so we can’t rely on it to bring about change tomorrow. But we still urgently need as much investment as we can get for a just transition to a new economy, and that’s why we’ll continue pushing for passage of the RECLAIM Act, the POWER+ Plan and state policies that create clean energy jobs.