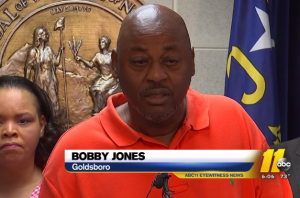 Communities impacted by coal ash celebrated a pair of positive strides recently, only to be disappointed by another fast move on the part of the N.C. Department of Environmental Quality and Duke Energy.

On September 23, community organizations and residents advocating for coal ash cleanup held a press conference at the General Assembly building in downtown Raleigh to announce the formation of the Alliance of Carolinians Together (A.C.T.) Against Coal Ash. Media covering the conference came from the Greensboro Triad, the Raleigh Triangle and Charlotte, with TV and print news both represented.

The new grassroots alliance demands that the DEQ and state decision-makers hold Duke Energy financially accountable for dealing with its leaking coal ash pits across the state in a long-term, safe manner, and that the company remediate the contamination of groundwater and residential property. The alliance also calls for the assessment of the environmental and health effects of coal ash to be transparent.

Duke Energy’s official response was to state that their site evaluations indicate that groundwater is generally flowing away from public wells, and that the presence of a toxic chemical, vanadium, is naturally occurring—even at levels 38 times higher than allowable concentrations, as was recently discovered in a privately owned well near Duke’s G.G. Allen power plant. 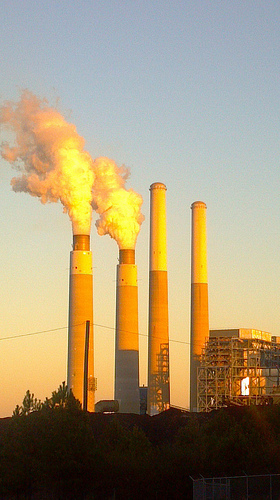 As Larry Mathis, president of the homeowner’s association near the Allen plant, asked: “Trust them? I think not.”

>> Watch a video of the conference here.

On Monday night, the Stokes County Commission held a public hearing on a proposed moratorium on fracking in the county. Community members packed the courthouse, and almost all who spoke favored the moratorium. The commissioners, noting the environmental and public threat already in the county due to Duke Energy’s coal ash pits at the Belews power plant, unanimously voted for a three-year moratorium on fracking. Although not an outright ban, the moratorium prohibits zoning permits from being filed and any resulting violations will result in a $500 per day fine. Their decision was celebrated with tears, hugs and a standing ovation from those in attendance.

And a step back …

Just yesterday, however, DEQ was patting itself on the back with the announcement of a settlement with Duke Energy, which will pay a fine of $7 million for groundwater contamination related to the utility’s coal ash pits. The fine is much less than the $25 million the DEQ originally sought for pollution violations at Duke’s Sutton Lake power plant outside of Wilmington, N.C. In addition, the $7 million will be spread between all of Duke’s 14 power plants in the state coming to just $500,000 per site for cleanup of groundwater contamination.

The DEQ says the settlement will accelerate the cleanup at the Belews and Sutton sites. But, as outlined in the Coal Ash Management Act, Duke Energy is already required to accelerate the cleanups since coal ash contamination was found outside of their property boundary. This toothless P.R. move meant to show that DEQ is being tough on Duke Energy has potentially detrimental consequences for N.C. residents. Frank Holleman, of the Southern Environmental Law Center, points to Duke’s statements regarding the settlement as intention to prevent any further action brought against the utility giant.

As Bobby Jones of the Downeast Coal Ash Coalition said during last week’s press conference launching the A.C.T. Against Coal Ash: “This is not something where we can drop a few million dollars and make some nice newsreels and it will go away.”