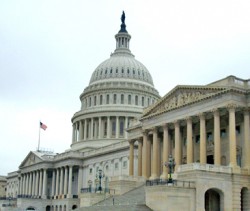 TAKE ACTION: Tell your Senators to support a positive future for Appalachian communities.

Virginia’s coal-bearing counties would directly benefit from the adoption of the POWER+ plan, a proposal in the Obama administration’s 2016 budget that would direct more than a billion dollars to Central Appalachia.

But the U.S. House budget cuts Virginia entirely out of the forward-thinking Abandoned Mined Lands funding reforms that were spelled out in the POWER+ Plan. That component of the plan would send $30 million directly to the Virginia coalfields for economic development and put laid-off miners back to work cleaning up the messes left by coal companies.

Last week, the U.S. Senate appropriations committee passed a budget bill the leaves out any mention of POWER+.

Please contact your senators now to make sure they support a budget that includes a path forward for Appalachian communities.

For more background, we recommend this piece by Naveena Sadasivam for InsideClimate News, which details the curious quiet around POWER+ and how the plan has been pulled into the partisan bickering that’s embroiled the U.S. Environmental Protection Agency’s Clean Power Plan and the 2016 budget process as a whole.

Under the federal Abandoned Mine Lands program, sites that pose a threat to safety are prioritized over sites that offer a potential economic benefit if cleaned up. While this program has reduced potential hazards in the coal-mining regions of Appalachia and the U.S., it has done little to positively impact local economies.

The POWER+ Plan, however, calls for funds to be used for projects that not only improve the environment and reduce hazards, but also create an economic benefit for local economies.

There’s still time for both House and Senate to include the meaningful funding proposals outlined in POWER+. But in order for that to happen we need to make sure that Virginia’s U.S. Senators, Tim Kaine and Mark Warner, hear the clear message from you to make sure Appalachia gets this much needed funding!

Please contact your senators now to make sure they support a budget that includes a path forward for Appalachian communities.