Turn This Town Around 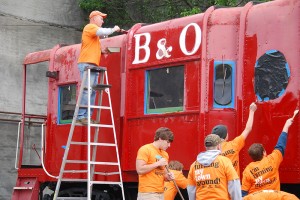 Amid the low brick buildings forming the modest downtown of Whitesville, W.Va., a storefront window displays a jubilant sign of welcome: “Excited to learn / Ready to turn!”

Such optimism is certainly welcomed in this small Boone County community that, like many others in the area, has steadily receded from the better days of the Mountain State’s southern coalfields. Just this past year, the disquieting closure of the town’s only grocery store left residents with a 30 minute drive to the nearest supermarket.

“In the last 20 years we’ve seen a slow decline. Not just in population but in businesses,” local resident Hollie Smarr told West Virginia Focus Magazine. “In the last few years it seems like everybody has just lost hope.”

Many locals have experienced growing enthusiasm, however, since the announcement last December that their town was chosen to participate in the second year of the West Virginia community revitalization project Turn This Town Around. Along with Ripley in Jackson County, Whitesville is among this year’s two West Virginia communities selected by a vote of more than 23,000 people across the country.

A collaborative effort initiated by West Virginia Focus Magazine, Turn This Town Around seeks to inspire public leadership and engagement in struggling communities. Together with West Virginia Public Broadcasting, the magazine shares the story of what happens when residents are offered assistance from professional community development experts — provided by the nonprofit West Virginia Community Development Hub — and asked to come up with and pursue practical neighborhood revitalization projects to change the course of their town.

If last year’s winners are any indication, the answer is good. Even the smaller of the community-initiated projects, such as freshly painted buildings, cleaner streets and decorative planters, have already infused the West Virginia towns of Matewan and Grafton with a transformative air. Progress on larger-scale projects is gradually unfolding too.

In Matewan, the long-anticipated opening of the new West Virginia Mine Wars Museum was made possible this May with the replacement of damaged flooring. Additional proposals from local residents include adding bike racks and improving road safety to qualify as a nationally certified Bicycle Friendly Community, restoring a historic jail, developing the Geocache Matewan project, and branding and marketing the town as a destination for historic and outdoor recreation tourism.

Both Matewan and Grafton have ample funds to work with, thanks to a $150,000 Claude Worthington Benedum Foundation grant, which called for small teams in the two communities to submit mini-project proposals. The two new communities, Whitesville and Ripley, will not know whether they will receive the same grant until this July. 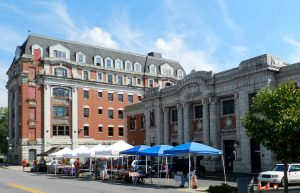 Either way, Kent Spellman, executive director of the Hub, advises that the most important step for communities in Turn This Town Around is developing plans and a sense of motivation. “Funders will only invest in communities that will invest in themselves,” explains Spellman.


Whitesville residents have taken this credence to heart and, before the first community meeting was held in March, they had independently raised $14,000 — including a $10,000 state grant for building repair — to apply to town projects.

That commitment to community engagement has endured in Matewan and Grafton where, even after their conclusion of Turn This Town Around, residents continue to host weekly meetings. “We understand these projects take time and there will be challenges and bumps in the road, says Spellman. “But the really critical thing is that progress is continuing.”

“We did a debrief at the end of the first year and what we heard [from residents] was ‘We had never worked together before,’” says Spellman. “‘but Turn This Town Around brought us together, and taught us how we can work together.’”
For more information, visit: wvhub.org/what-were-doing/turn-this-town-around 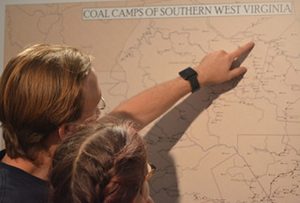 A Tribute to WV Mine Wars

The West Virginia Mine Wars museum, which opened in Matewan, W. Va. on May 16, commemorates the conflicts between miners and mine ownership that took place in the early 20th century.

The museum was funded through grants, crowdfunding and private donations. The building was originally the Chambers Hardware Store, and served as a meeting place for miners involved in the strikes.

Volunteers helped gather the items on display at the museum — such as bullet shells, rifles, and media propaganda — from resident donations and local antique stores. The Paint Creek-Cabin Creek strike exhibit shows an example of the tents where miners and their families lived during the strikes.

In the coalfields of the early 1900s, miners were confronted with low wages, high work-related death rates, and other challenges. In 1912, miners in West Virginia walked off of their jobs to demand that their employers recognize their union. Over the next decade there were many confrontations between the miners and the company mine guards, which culminated with the 1921 Battle of Blair Mountain, the largest civil uprising since the Civil War.

The West Virginia Mine Wars museum is open Saturday and Sunday from 10 a.m. to 4 p.m. More information is available at wvminewars.com