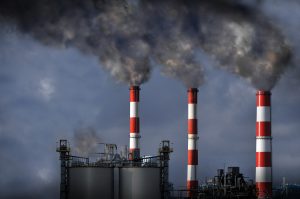 Opponents of the EPA’s Clean Power Plan were rebuked by a panel of judges for trying to preempt a rule that has yet to be finalized.

The D.C. Circuit Court of Appeals today rebuked the first legal challenge to the U.S. Environmental Protection Agency’s proposal to cut global-warming pollution from the nation’s power plants, filed by the coal industry and a dozen states last year.

Any state regulators in central Appalachian or other coal-friendly states who were holding their breath, stalling on developing plans to cut carbon pollution from power plants in the hopes of a court victory, should take a deep breath and get back to work.

In a straightforward ruling, a panel of judges agreed that the states and the industry groups had no legal grounds to challenge EPA’s “Clean Power Plan,” which was proposed last year and is expected to be finalized in August.

“Petitioners are champing at the bit to challenge EPA’s anticipated rule restricting carbon dioxide emissions from existing power plants. But EPA has not yet issued a final rule. It has issued only a proposed rule. Petitioners nonetheless ask the Court to jump into the fray now. They want us to do something that they candidly acknowledge we have never done before: review the legality of a proposed rule.”

West Virginia led the pack in last year’s legal challenge of the EPA proposal. As state Attorney General Patrick Morrissey pretty much acknowledged in a statement today, it was a spaghetti strategy — throw it at the wall and see if it sticks:

“When we filed this case last summer, we knew there would be procedural challenges, but given the clearly illegal nature of the rule and the real harm occurring in West Virginia and throughout the country, we believed it was necessary to take all available action to stop this rule as soon as possible.”

One problem is that West Virginia, and the other plaintiff states, have essentially squandered the hard-earned money of their tax-paying citizens.

But a far greater issue is that some state regulators, who are responsible for developing the “State Implementation Plans” specifying how they’ll meet the EPA goals, have been holding out, hoping for a court ruling that would absolve them of this important task.

It’s time to quit dallying. The bottom line is, climate change is here, now, and existing fossil-fuel power plants account for 40 percent of America’s carbon footprint. We must significantly cut carbon pollution, and the most affordable, equitable and sensible way to do that is building up our clean energy sector.