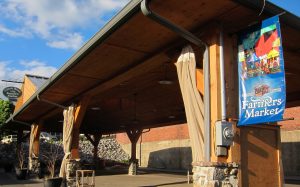 While we here in Appalachia are working overtime to reinvent our economy with the fall of King Coal, you would think that our representatives in D.C. would be eager to pass measures that send much-needed and well-deserved federal aid to help our hard hit coal counties.

But most of the region’s congressmen and senators are staying silent, and those who are going on the record definitely are not stepping up to the plate.

When the POWER+ Plan was announced in February as part of the 2016 budget proposed by the Obama administration, Sen. Mitch McConnell labeled it as “cold comfort.” And Rep. Hal Rogers of Eastern Kentucky responded with a reluctant pledge to “bear it in mind” during upcoming budget deliberations.

POWER+ directs billions of dollars to Appalachia to help communities whose economies have been left hanging as the bottom drops out of the domestic coal market. Here’s a breakdown of where the money would go:

Wait a minute! $2 billion for carbon capture technology? That’s what I said, and just like my list here, it’s at the bottom of the fact sheet released by the White House.

Needless to say, Appalachian Voices and our allies aren’t happy about this last provision, but perhaps it’s needed in order to get the rest of POWER+ through Congress. Given all of the other impressive allocations to worthwhile causes, it might be worth focusing on promoting what’s good and ignoring the bad. Besides, the silver lining is that the plan has pretty tough requirements for power plants to qualify for the tax credits. Given the fact that this technology is still in its infancy (and might stay there forever), it’s uncertain if any of these credits will actually be deployed.

We’ve been talking about the need for a federal investment package like this in Appalachia for years, and it’s never been as critical as it is now. But our leaders have been slow to step up and support this forward-thinking plan.

Appalachian Voices is working with our regional allies right now to deploy a strategy that lifts up POWER+ as an economic jumpstart for the region and pressures our elected officials to stand up for the measure as the 2016 budget moves through Congress.

Live in Virginia? You can help by asking Senators Warner and Kaine to support POWER+.