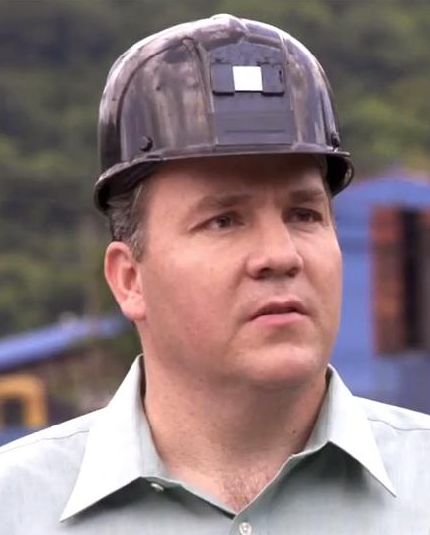 Alex Mooney, a freshman representing West Virginia’s 2nd district in the U.S. House of Representatives, introduced a new bill recently, and it’s a doozie. He wants to stop the White House from finalizing the Stream Protection Rule, which would protect streams from mountaintop removal coal mining pollution. The rule, currently being drafted by the U.S. Office of Surface Mining, Reclamation and Enforcement (OSMRE) has the potential to be one of the most important steps the White House takes to put an end to mountaintop removal in Appalachia.

This week, Rep. Mooney was interviewed by Taylor Kuykendall of SNL Financial, and talked about the bill.

Everything he said about his bill, the STREAM Act, was nonsense.

…I introduced the STREAM Act on March 26. The bill would prevent the administration from implementing a new stream buffer zone rule intentionally designed to shut down all surface mining and a significant portion of underground mining in the Appalachian region.

The new rule has not even been released. Not even a draft. That won’t happen for another couple of months. So claims about its intentions or impacts are purely speculative.

Having said that, Appalachian Voices and our allies have spent a good bit of time speaking with OSMRE, and we can say with confidence that the agency’s intention is not to end surfacing mining in Appalachia. That’s basically our goal, and it has been made clear to us that OSMRE does not share that goal with us.

According to a 2012 National Mining Association study, based on leaked information from the administration’s stream buffer rewrite, the new rule from the OSM…could put between 55,150 and 79,870 direct mining jobs at risk.

First, Rep. Mooney is relying on a study produced by coal industry lobbyists. Second, the “leaked information” on which the lobbyists based their analysis was a partial, unpublished section of the draft rule from four years ago. That information has little bearing on the soon-to-be-released draft. Third, and most importantly, the analysis is blatantly wrong in every way.

In 2013, there were around 80,000 coal mining jobs in the U.S. For the Stream Protection Rule to put 79,000 coal mining jobs at risk, it would have to nearly eliminate all coal mining across the country. That’s ludicrous. According to OSMRE Director Joe Pizarchik in a recent Congressional hearing, the job impacts of the rule are expected to be plus or minus a few hundred jobs. And sure, it’s possible Pizarchik is underestimating the impact, but 79,000!? Why would Mooney stoop to promoting such an outrageous claim?

My bill requires the OSM to use existing funds to conduct a study of industry impact and prevents implementation of a new rule for one year after completion of that study to allow for congressional, industry and public review.

Well, at least that part is true. The bill would require OSMRE to conduct a long, drawn-out study about the impacts of the existing 30-year-old regulations before being allowed to implement much needed updates. I’ll also note that Rep. Mooney, like many coal industry advocates, likes to call it “OSM” instead of “OSMRE,” as though the Regulation and Enforcement part of the agency simply doesn’t exist.

It also prevents the OSM from seizing duplicative regulatory jurisdiction from other agencies — namely the EPA, which already has similar regulatory authority under the Clean Water Act. This is particularly significant because the OSM was never intended by statute to be an environmental regulator. It was instead designed to be an agency to monitor and assist in the reclamation of closed surface mines (emphasis mine).

Now he’s just making stuff up. OSMRE is explicitly charged with protecting society and the environment from the adverse effects of surface coal mining operations. The OSMRE staff, have, from the onset, been environmental regulators. That was a key purpose of the surface mining law that created the agency in 1977.

In short, Rep. Mooney has introduced a bill that would stop a rule he’s never seen, have drastically different impacts than he thinks, and would be written and enforced by an agency whose purpose he doesn’t understand. But, hey, maybe it’s just a side project for him?