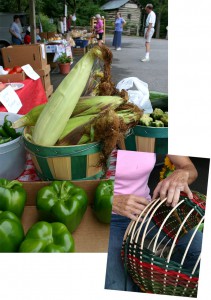 Earlier this month, President Obama showed that Appalachian citizens are finally being heard. The White House announced a proposal for more than $1 billion in federal funding to help build economic resilience for parts of the region long-dominated by the declining coal industry. While congressional approval would be needed to make this a reality, the announcement shines a spotlight on what should be a real national priority.

For years, people throughout the region have been calling for renewed investment in Appalachia, which powered America’s industrial ascendancy for more than a century while suffering from widespread pollution and poverty.

But citizens are not simply waiting for help. Rather, they have been taking bold steps toward creating a positive future for their families.

In Virginia, one example is the Clinch River Valley Initiative, a multi-partner effort to link downtown revitalization in Southwest Virginia communities with outdoor recreation along the Clinch River.

Another example, in Kentucky, is “Appalachia’s Bright Future,” a project hosted by Kentuckians For The Commonwealth that connects people and ideas to nourish and promote economic diversity efforts occurring in the region.

And in West Virginia, Sustainable Williamson is a living lab of “community-driven processes to breathe life back into central Appalachia.”

These are just a few of many efforts underway region wide, and Appalachian Voices is collaborating with citizens and other organizations to pursue opportunities to diversify the economy while honoring the natural and cultural heritage.

President Obama identified a suite of ideas in his budget proposal — funding for job training, improved infrastructure, restoration of forests, waters, and abandoned mines, and other tools to diversify the region’s economy and support communities. His proposal signals that the White House believes the country must stand behind Appalachian communities as we move toward a 21st-century economy that is no longer dominated by coal.

Let’s work together to hold him to it.

For the mountains,
Tom