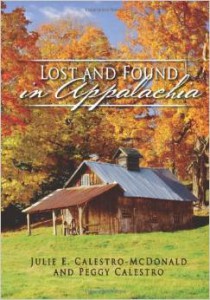 Self-publishing is on the rise in today’s progressive literary scene, and quite a few writers in Appalachia have foregone the traditional process of submitting their work to publishers in favor of publishing it themselves.

Julie E. Calestro-McDonald and Peggy Calestro self-published “Lost and Found in Appalachia” with the help of the CreateSpace Independent Publishing Platform, an online service. The paperback is a personal account of their road trips through central Appalachia, and the reader is given a glimpse of the region through photographs, anecdotes and hand-drawn maps.

Randall A. Wells self-publishes “Floydiana” as a serial book on his website, randallawells.com, which has been up and running since 2013. His inspirations for “Floydiana” are the events, people, places and scenes that characterize Floyd County, Va. Wells currently has around fifty chapters and counting.

While working at the Appalachian State University bookstore in Boone, N.C., Hugh Howey self-published his science fiction novel, “Wool,” as an eBook in 2011. By 2012, the novel was on The New York Times bestseller list, and Howey was able to sell print rights to Simon & Schuster while retaining the e-book rights. Howey advocates that self-publishing can be more lucrative than the literary establishment would like writers to believe, and he has already self-published and released “The Shift Omnibus,” a prequel to “Wool.”