Filmmakers Discuss Their Work in the Region 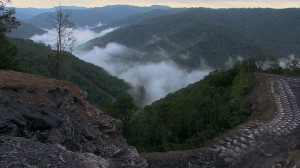 Movie still from “Blood on the Mountain” provided by Mari-Lynn Evans.

It has been almost forty years since “Harlan County, USA” (1976) brought attention to the miners’ strike at the Brookside Mine in southeast Kentucky. Since then, dozens of films, including “Justice in the Coalfields” (1995), “Sludge” (2005) and “The Last Mountain” (2011), have explored the challenges facing Appalachia.

Three new films continue this long tradition. “Blood on the Mountain” and “Overburden” take different approaches to investigating the grip that coal has on West Virginia. And “Hillbilly: Appalachia in film and television” explores the role that Hollywood played in creating the “hillbilly” stereotype and contrasts this stereotype with real men and women from the region.

The directors of these documentaries discussed their films and how they approached representing the region and its people authentically. 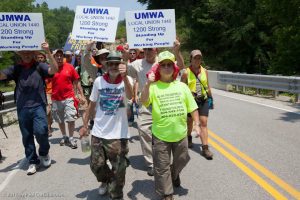 Protesters at the March on Blair Mountain in 2011. Movie still from “Blood on the Mountain” provided by Mari-Lynn Evans.

On April 5, 2010, while Mari-Lynn Evans was promoting her film “Coal Country,” an explosion in the Upper Big Branch Mine in Raleigh County, W.Va., killed 29 miners. Evans quickly returned to filmmaking hoping to answer her own questions about what led to this tragedy.

Her latest film, “Blood on the Mountain,” co-directed with Jordan Freeman, seeks these answers with what Evans describes as “a 150-year autopsy of the state of West Virginia.” The film tells the history of West Virginia’s environmental and labor movements, from the state’s creation during the Civil War until the current day, focusing on the steady pattern of resource and wealth extraction by outside corporations and efforts by the labor movement to protect the health and livelihoods of workers.

The film depicts how events such as the labor uprising in 1921, known as the Battle of Blair Mountain, were systematically omitted from the traditional history of West Virginia in favor of presenting an image more hospitable to industry. According to Evans, who is from West Virginia, “Our history has always been censored to us.”

In a book and series of short documentaries films, this project collects stories from people across the country, speaking with those impacted by, and working to solves problems created by, coal ash waste.
In production.
A transmedia project by Rhiannon Fionn-Bowman. Official website: coalashchronicles.com.

The residents of McDowell County, W.Va., have faced many challenges including population and job loss. Through photos, videos and music clips, this interactive online documentary tells the stories of 30 inspiring individuals who call this county home.
Directed and produced by Elaine McMillion Sheldon. Official website: hollowdocumentary.com, best viewed with Google Chrome web browser

In the Hills and Hollows

The individuals documented in this film face an uncertain future. In rural West Virginia, where the coal industry has had an impact for over a century, many residents are now also affected by the extraction and transport of natural gas. In production.
Produced and filmed by Keely Kernan. Official website: inthehillsandhollows.com.

Evans makes it clear that as a documentary filmmaker and an activist, she hopes to not only educate people through her films but also to motivate them to work for change. “What’s happened to the people of West Virginia and to Appalachia has been a great injustice,” Evans says. “And justice is what the people in our film, and the people of the region, are fighting for.”

According to Evans, she feels a responsibility to capture and tell the stories of the people she documents. She has been motivated by a concern that, “If I didn’t capture these stories, if I didn’t do this work as a documentary filmmaker, … no one would ever know who we were and no one would remember us.”

Throughout her career, Evans has fought against stereotypical portrayals of her native state. She undertook her first documentary, “The Appalachians,” a three-part television miniseries that first aired in 2005, in part because “I thought, someone needs to make a documentary about who we really are because I am so sick and tired of people asking me if my grandfather made moonshine and I was married to my brother.”

To Evans, the origins and motives of these stereotypes are linked to corporate interests that have historically been eager to “dehumanize” the region. “It’s easier to take the land and lives of people that you don’t view as equal.”

“Blood on the Mountain” is currently screening at film festivals, with broader distribution expected in spring 2016. Runtime 91 minutes. Visit bloodonthemountain.com.

“Hillbilly,” a documentary still in production and directed by Sally Rubin and Ashley York, aims to contrast the traditional Hollywood “hillbilly” stereotype with portraits of individual artists, writers, activists and others. According to Rubin, the film will illustrate “what Appalachia is and what Appalachia isn’t, simultaneously, in the same film.” 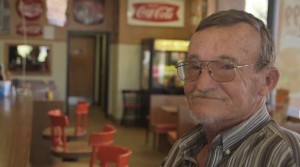 Billy Redden, who played the banjo boy in “Deliverance,” is interviewed in “Hillbilly: Appalachia in television and film.” Movie still provided by Sally Rubin and Ashley York

Both directors have strong ties to Appalachia. York is from eastern Kentucky. And Rubin, whose previous work includes “Deep Down: A story from the heart of coal country,” which she co-directed with Jen Gilomen, has family from the mountains of Tennessee. Yet both Rubin and York now live in Los Angeles, which provides them with a simultaneous closeness to and distance from their topic.

“We talk about that a lot in the film, how leaving the region affects your view of it, what it’s like to be someone who’s from the region and then leaves and then comes back,” says Rubin. Such issues of regionalism and identity will be interwoven with their discussion of media portrayals of Appalachian stereotypes.

Appalachia at the Movies

Hollywood films such as the iconic 1972 thriller “Deliverance” have often represented Appalachia through negative stereotypes. But a recent wide-release film is breaking new ground by presenting a more nuanced and authentic view of the region.

“Big Stone Gap” — starring Ashley Judd and Whoopi Goldberg — is a 2014 movie based on a novel by Adriana Trigiani. Trigiani, who also directed the film, grew up in Big Stone Gap, the small Virginia town that gave this fictional portrayal its name.

Set in 1978, “Big Stone Gap” centers on Ave Maria Mulligan, an unmarried pharmacist whose life changes forever when she learns a family secret. This romantic comedy is as much a love story of this small town as it is of the characters themselves.

“People all over the world think they know something about Appalachia, because they’ve seen ‘Deliverance,’” wrote Silas House, award-winning novelist and former Appalachian Voices board member, in an October article published by Salon magazine. He adds, “Movies have taught us that all rural people are racist, homophobic and misogynistic.”

“Big Stone Gap” defies these stereotypes by portraying characters who are diverse, accepting and well-read. “These may seem like small victories,” wrote House, who is also NEH Chair of Appalachian Literature at Berea College, “but for Appalachian people, this portrayal is revolutionary.”

Rubin is excited by the level of support the project is receiving within Appalachia, noting that the film was recently awarded a grant from the West Virginia Humanities Council. Individuals supporting the film either as advisors or as interviewees include such well-known Appalachian personalities as Silas House, Chad Berry and bell hooks.

According to Rubin, she and York value these collaborations and are proud that the film will be “produced all, totally, within the region, with the partnership and support of people who live there.”

In one of the film’s interviews, Virginia Tech professor Barbara Ellen Smith summarizes how the stereotypes about the region have benefited those who extract the region’s resources. According to Smith, because popular culture sees Appalachia as “a region of people who are depraved, not part of the American dream, [and] don’t really deserve the kind of resources and wealth that lie beneath the land of Appalachia, particularly coal, [then] of course we can dispossess them of their land.”

Rubin has found that outside the region, many have questioned why there is a need to investigate representations of Appalachia. “There’s a reason that the hillbilly stereotype is so prevalent, and I would even say so popular, in popular culture and media,” she says. “We’re trying to overturn something that people, in many ways, don’t want overturned.”

“Hillbilly: Appalachia in film and television” is in production, with release expected in late 2016. Runtime approximately 90 minutes. Visit hillbillymovie.com. 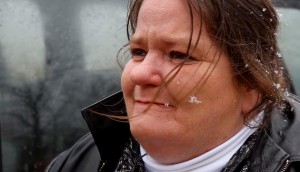 Driven by a desire to help stop mountaintop removal coal mining, Chad A. Stevens began work on his new film “Overburden” in 2006. His story begins by following two environmental activists — Lorelei Scarbro and Rory McIlmoil — as they work to save Coal River Mountain, W.Va., from mining by pushing instead for a wind-power project. The film takes a dramatic turn when the April 2010 Upper Big Branch Mine disaster leads to an unlikely alliance between Scarbro and Betty Harrah, a pro-coal advocate who begins fighting for greater miner safety after her brother was killed in the explosion.

As a filmmaker striving to tell this story as authentically as possible, Stevens emphasizes how important it is to let the people in his film have their own voice and avoid imposing his own preconceived narrative onto the film. “Ultimately, it’s about respect,” he says. “Respecting where they’re coming from and then [having an] openness to that.”

Stevens’ respect for the two main women in his film is evident.
In describing his years-long collaboration with Scarbro while making the film, Stevens notes that as early as 2008 she was using the term “mono-economy” to describe the lack of opportunities residents in her area had outside of the coal industry.

“I look back at that and see how insightful she really was at that time, and I didn’t even get it then. I didn’t get that until later in the process,” Stevens says.

He was also deeply affected by his interactions with Harrah. While he remains opposed to mountaintop removal, he says he now has a more nuanced view of the situation. Despite her efforts to increase miner safety, Stevens says that Harrah remains “ultimately pro-coal.”

“I think it’s because it’s the only option she can see for families like hers to survive there,” he says. “And I can understand that now, having worked with her over time. So, she really changed my thinking in a pretty big way.” 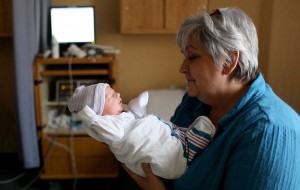 Stevens sees Scarbro and Harrah, not the environmental and social justice themes, as the emotional heart of the film. “The most important thing to me is that these two women are really on opposite sides of the struggle. And they find this common ground,” he says. “And I think that that’s hopefully inspiring and a model that can be used by others.”