Our Energy Savings campaign is heating up in the High Country

When Appalachian Voices asked Blue Ridge Electric Membership Corp. (BRE) to help alleviate poverty and support economic development in the North Carolina High Country by developing an on-bill energy efficiency finance program, BRE said, surprisingly, that they weren’t sure that was something that enough members would sign up for.

They offered this response despite the fact that, at the time, we had presented them with seventy letters from BRE members requesting an on-bill finance option (in addition to more than 100 signatures on a petition requesting the same thing).

We decided we would go one step further in demonstrating that demand, so back in October we launched our High Country Home Energy Makeover Contest. Through the contest we solicited enough in donations and sponsorships to be able to pay for upgrading the homes of three BRE members, and we are now able to provide a voice to and tell the stories of members who need help paying for home efficiency upgrades.

The contest turned out to be a huge success, and we announced the three contest winners last Thursday. The home improvements for the three winners will be tailored to their needs based on comprehensive energy audits that were completed over the last week. The work will primarily include insulation and weatherization — two common problems that lead to high energy bills, especially during the winter months — and will be performed by one or more of the five local businesses that sponsored or supported the contest. Those businesses include Blue Ridge Energy Works, LLC, High Country Energy Solutions, Inc., HomEfficient, reNew Home, Inc. and Sunny Day Homes, Inc.

Once the improvements have been performed, in partnership with ResiSpeak, we will monitor and report on the savings generated for each of the winners, thereby demonstrating the impact that even basic efficiency improvements can have in terms of reducing energy bills and improving the quality of life for High Country residents.

Overall, nearly 70 BRE members entered the contest. Key information about household income, energy use and expenses, and basic information about the applicants’ homes was provided. Based on the submitted information, we found that the average applicant spent more than 8 percent of his or her annual income on energy bills over the last year — nearly three times the national average of 2.7 percent. More than a quarter of applicants spent 15 percent or more of their income on energy bills. Such costs are especially burdensome given the average poverty rate of 23 percent in the BRE region.

Now to present the winners! We are so honored to know these folks, and we are even happier to be able to help improve their homes and reduce their energy bills. None of the winners or the other applicants are necessarily impoverished. They are hard-working individuals like Zack Dixon that are having a hard time finding a job. They are parents like Sean Dunlap who lives with his two young children in his dream home, but a home that lacks sufficient insulation or air sealing. And they are a retired couple living on a fixed income, like Vance Woodie and his wife. None of these folks have access to sufficient funds to make the comprehensive energy efficiency improvements needed in their homes. And, beyond the contest, each of our winners could still benefit substantially from an on-bill energy efficiency finance program through BRE, as could thousands of other BRE members that still need help. 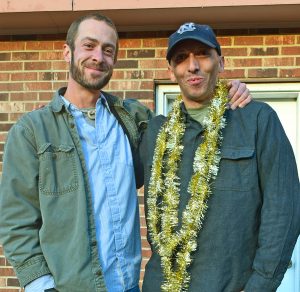 Zack, a resident of Boone, N.C., heats his house with space heaters, and chronically struggles to pay his electricity bills. Over the last year, Zack spent 11 percent of his income on electricity bills. His power has been cut off by BRE twice this winter when he overdrew his pre-paid account, after which BRE assisted Mr. Dixon with a bill payment from its Operation Round Up program.

While such financial assistance helps many residents keep their homes heated in the winter, it fails to resolve the underlying problems of older or poorly built, drafty houses. For Zack, running the space heaters throughout the day is costly, and doesn’t sufficiently warm his house because of poor insulation in the attic and floors.

“I just don’t want to be freezing anymore,” he said. “There’s been times when I don’t want to get out of bed and be in the cold. It’s been a real big pain, but if I could at least quit stressing about the bills, I’d be happy.” He added, “the most important thing, that I never realized, is how much heat I’ve been losing.”

Zack’s prize will cover insulation for the floors and attic, as well as air sealing throughout the house to lock in heat and reduce his electricity use. 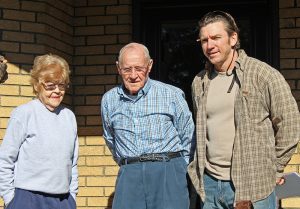 Vance and his wife Thelma have worked hard to modernize their turn-of-the-century home in Sugar Grove, N.C. Once heated by a coal stoker furnace, their house is now heated by an oil furnace, but the old ducts have not been replaced and so they draw cold air from the basement, which also causes problems with air quality in their home.

“I guess that’s why the dust still comes thick in the house,” Vance said. The elderly couple shuts off part of their house in the winter to reduce heating costs, but they still spend 16 percent of their income on energy bills. Responding to winning the contest, Vance said: “We needed something, some kind of help, so we took a chance.” 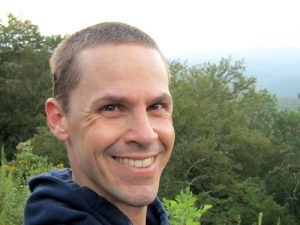 Sean lives with his wife and two children in a 1938 farm house built by his wife’s great-grandfather, making their children the fifth generation to live there. Despite making what energy efficiency improvements they could, there is still a lot to do. Their prize money will cover adding insulation and weatherization the lack of which places their plumbing at risk and results in a cold home in the winter. “We are so excited to find out that we won,” said Mr. Dunlap. “Now our work with Appalachian Voices will continue as we upgrade our house. Their professionalism and expertise has already made a huge difference and now we are able to look forward to making our home more efficient, comfortable and livable for our family.”

The contest was sponsored by the local businesses listed above as well as the Blumenthal Foundation and LifeStore Insurance. The North Carolina Energy Efficiency Alliance provided home walk-through assessments and energy audits. Appalachian Voices extends our deepest gratitude to each of the businesses and organizations for their support.

If you are a BRE member and would like to show your support for BRE developing an on-bill energy efficiency finance program that could help folks like Zack, Vance and Sean, or are in need of such support yourself, join the Energy Savings for the High Country campaign and sign the petition!