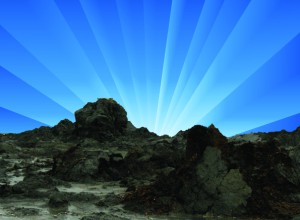 It took six years, two costly spills, and a lawsuit, but last month, the Environmental Protection Agency finally issued the first-ever federal standards for the disposal of coal ash. It didn’t wow us, there were no ticker tape parades, and the status quo of corporate sway over rulemaking left us with a rule that lacks brawn and relies on industry “self-implementing,” without action from any federal or state agency.

But the Disposal of Coal Combustion Residuals from Electric Utilities Rule does have a little brain, and it gave us something solid to work with going forward with, which is better than the nothing we had before. The journey of a 1,000 miles starts with a single step, someone once said. The new rule is just that, a first step. It didn’t resolve the issues, but it did move us one step forward, technically speaking, this is progress.

Here’s what the new federal coal ash rule does:

Now, let’s take a look at what the federal coal ash rule most notably does not do:

In North Carolina, the Coal Ash Management Act, passed last year, meets and in some way exceeds the new federal rule, including limiting the cap-in-place option only to sites deemed low-priority, instead of being an option at all facilities. It also prohibits any new surface impoundments. As long as the incoming N.C. General Assembly does not propose changes to weaken the current law, North Carolinians will have a few extra protections not available to residents of other states — with the exception of South Carolina, where all electric utilities there are currently in the process of removing coal ash from their unlined pits and moving it to safe lined, storage.

For non-Carolinian states, there is a much harder row to plow in getting meaningful clean-up of coal ash waste sites. But the good news is the new groundwater monitoring and public disclosure requirements should result in data proving contamination at a plethora of sites–provided, of course, that companies are honest and report accurately, and assuming they “self implement” the requirements in the first place. Surface or groundwater contamination has already been documented in North Carolina, Georgia, Tennessee, Wisconsin, and Delaware, to name a few states. We know, therefore, that contamination is very likely happening at more sites, we just have to obtain the proof.

If facilities fail to “self-implement” the rule, states do have the ability to bring a federal lawsuit against them. It would seem that even the EPA finds this action unlikely, however, humorously mentioning such state action as a parenthetical side note in its discussion of rule implementation. However, the EPA repeatedly notes that citizens provide a “crucial role in the implementation and enforcement” of this kind of environmental law, and that part of the agency’s requirement to make the data and reports available on a public website was to assist citizens. The EPA will also be offering outreach and education to citizens and groups so they understand their role in compliance.

We must rise to the EPA’s challenge to help implement and enforce the rule. The EPA basically said, “Here’s the rule, you folks enforce it.”

Thanks, EPA, we most certainly will!