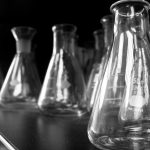 Recently uncovered conspiracies to violate the Clean Water Act have heightened concerns about corruption in central Appalachia and the effectiveness of state agencies responsible for enforcing the law.

In September, charges were filed against John W. Shelton, a former employee of West Virginia-based Appalachian Laboratories Inc., for tampering with water quality samples collected at surface coal mines in West Virginia between 2008 and 2013 to conceal permit violations and keep customers satisfied. He faces up to five years imprisonment and a $250,000 fine.

A federal investigation into Appalachian Labs is ongoing. But environmental watchdogs quickly noted that this is only the latest example of one of the Clean Water Act’s most important functions being compromised in Appalachia.

The Stigma of “Self-reporting”

Under the Clean Water Act, the U.S. Environmental Protection Agency can regulate pollution discharged directly into surface waters. The agency has authorized 46 states across the U.S., including those in central Appalachia, to issue pollution discharge permits and take action when violations are discovered.

But the system’s success hinges on the honor code of environmental protection: self-reported data. States trust permit holders, who often hire private companies, to collect and test water samples and submit discharge monitoring reports to regulators for review. However flawed, this is the fundamental mechanism used to determine if coal companies and other polluting industries are obeying the law.

State action following John Shelton’s guilty plea has been relatively swift. On Oct. 21, the West Virginia Department of Environmental Protection revoked Appalachian Labs’ certification. The next week, the agency announced that “no permitting decisions will be made without verification of data submitted by Appalachian [Labs].”

The director of DEP’s Division of Mining and Reclamation, Harold Ward, said the decision affects a “wide array” of coal companies operating in West Virginia and all of their pending permits.

An analysis of West Virginia discharge monitoring reports by Appalachian Voices, the publisher of this newspaper, found that Appalachian Labs was responsible for nearly 25 percent of the reports submitted to the state between 2009 and 2014, more than any other company certified in West Virginia.

Appalachian Labs responded by suing the DEP, which they say stigmatized their business to the point customers cannot risk using it for their water monitoring needs. On Nov. 26, a judge overturned the DEP memo requiring additional data for sites using Appalachian Labs and told regulators they must treat the company “the same as any other laboratory.”

The story of Appalachian Labs is a striking example in an even more disturbing trend.

In 2010 and 2011, Appalachian Voices, Kentuckians For The Commonwealth, Waterkeeper Alliance and Kentucky Riverkeeper took legal action against three of the largest coal companies in Kentucky for routinely turning in false pollution reports to the state.

During the period they were submitting duplicated monitoring reports, the companies reported virtually no pollution violations. But the Kentucky Energy and Environment Cabinet failed to identify or address the falsified reports. Accurate reports revealed thousands of violations — and patterns of pollution that the false data had obscured.

Two of the three companies entered settlements in 2011 and 2012. But the third, Frasure Creek Mining, said it could not afford to pay the penalties, prolonging the case over the past few years.

Frasure Creek has since entered and reemerged from bankruptcy, but new evidence suggests the company quickly returned to submitting falsified water monitoring reports.

On Nov. 17, Appalachian Voices and its partners in Kentucky announced their intention to sue Frasure Creek for nearly 28,000 reporting violations in 2013 and 2014 — three times the amount the groups discovered in 2010 — carrying a maximum combined penalty of more than $1 billion.

Eric Chance, water quality specialist with Appalachian Voices, called the failure of the state agency to stop the violations “disturbing,” and questioned whether state officials read the quarterly pollution reports.

A week after the notice to sue Frasure Creek was issued, a Kentucky judge issued orders rejecting the settlement agreed to by the company and the cabinet in the 2010 case and ruled that the cabinet had circumvented the rights of citizens to intervene under the Clean Water Act.

The settlement, Judge Phillip Shepherd wrote, was unlikely to change Frasure Creek’s behavior because the economic benefit the company obtains from cheating the law “far outweighs the costs of compliance, or the risk of any fines and penalties that the cabinet will impose.”

Petitions asking the EPA to withdraw states’ Clean Water Act authority and replace it with federal oversight are pending in Kentucky, West Virginia and Virginia, among other states.