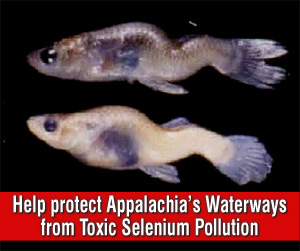 The U.S. Environmental Protection Agency recently proposed new national recommended water quality criteria for selenium. Because these new standards are weaker and more complex than the current standards, they pose a major threat to the health of streams in coal-impacted communities.

Selenium is a pollutant released from many mountaintop removal coal mines in Appalachia that is extremely toxic to fish at very low levels. Over time, it builds up in fish and other aquatic organisms leading to reproductive failure, deformities and death. 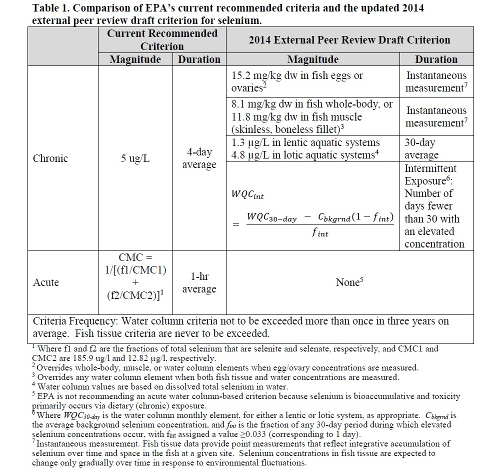 A table of current and proposed EPA selenium standards. Click to enlarge.

By partially basing the standards on fish tissue sampling, the EPA has created a significant burden for citizens and agencies trying to enforce the limits on selenium pollution. Fish tissue sampling will be more expensive and time consuming, and it will require special permits for collecting fish. This is especially problematic in Appalachia, where selenium standards have primarily been enforced through citizen actions. These standards will be more difficult to enforce, and will just lead to more streams being degraded.

Tell the EPA not to weaken Selenium Standards

Please take a few minutes to email ow-docket@epa.gov with the subject line “Attention Docket No. EPA-HQ-OW-2004-0019”, and let them know that we need strong water based standards for selenium, that will protect all aquatic life. The comment period has been extended through July 28, 2014.