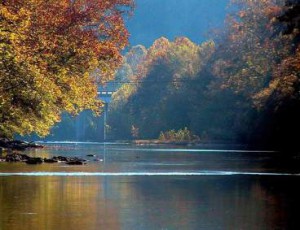 From our friends at the Clinch River Valley Initiative:

Thanks to the strong leadership of our Southwest Virginia legislators, a budget amendment has been introduced in the General Assembly requesting an initial $2.5 million for the development of a Clinch River State Park. Now, the Delegates and Senators in the sub-committees reviewing the amendment need to get a strong message that the Clinch River Valley needs a new state park! By February 11th, please call (preferred) or email the legislators listed below. Please urge house members specifically to support Amendment C-43 #3h, and Senate Members specifically to support Amendment C-43 #3s.

Let the legislators know that a new Clinch River State Park will create positive economic development in our beautiful region. If you are not able to speak directly with the legislator, then ask to speak with their legislative assistant. Thank you so much for taking the time to do this…it really helps!