Burning Wood: The Good, the Bad and the Misunderstood 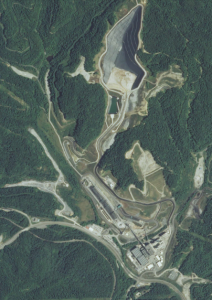 As the push continues to seek alternative and renewable energy resources, utility companies are increasingly turning to an energy source from days gone by: wood.

The growth of the biomass-for-energy industry has been particularly vigorous in the Southeast, with exports of wood pellets rising by 70 percent in just the past year. While this industry growth can be a regional economic boon, a new study commissioned by the Southern Environmental Law Center and the National Wildlife Federation cautions that unchecked expansion of biomass facilities will threaten wildlife and water quality across the Southeast.

For Appalachia — already impacted by mountaintop removal coal mining — the consequences caused by the reckless pursuit of energy resources are a familiar reality. But while the negative impacts of coal mining are clear — from levelled mountains to contaminated water — the impacts of biomass harvesting are far less clear-cut. Overharvesting biomass can destroy wildlife habitats, contribute to water pollution and expose nearby communities to increased flood risk. But contrary to what many might suspect, the report indicates that managing forests as a source of biomass can have a host of merits when done sustainably, including protecting forests and wildlife as well as creating stable jobs and revenue. 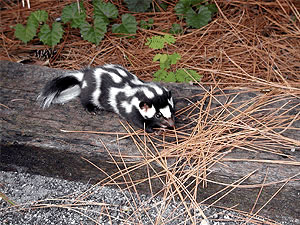 These benefits stem from a basic business premise: if the forest is gone, then so is the business. Sustainable forest products protect long-term profits, which can in turn protect the forest against development and habitat degradation. The report even indicates that in some forest types, habitat can be improved by logging. Selective thinning of trees allows more sunlight to reach the ground, promoting the growth of grasses and shrubs important to species such as the northern bobtail quail and the northern cricket frog.

According to the SELC/NWF report, one key to ensure that consumers know the difference between who manages and who damages is to insist on sustainable forest management certification programs for biomass products. These programs establish standards and guidelines that protect forests from companies that seek the huge short-term profits from clear-cutting forests instead of the moderate long-term profits of sustainable forestry. And long-term profits mean long-term jobs — unlike those provided by the inevitably unsustainable coal industry.

Forestry can be an important aspect of the economy in the Southeast and protect the region’s unique landscape — one of the most biodiverse environments in the country — but only if it’s done right. As the U.S. continues to shift away from fossil fuels such as coal, biomass could be a stable source of clean energy for local consumers. Without proper management, however, the harvest is doomed to fail.