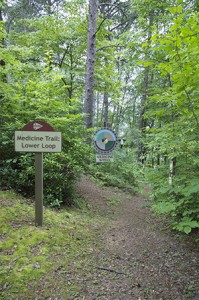 Cherokee warrior Junaluska was among the thousands of Native Americans that were forcibly relocated via the Trail of Tears in the 1830s. Unlike most, however, Junaluska was eventually able to return to his former home in North Carolina, where he died in 1868. Near the Trail route that marked the Cherokee exodus, Junaluska’s burial site is surrounded by a seven-sided monument, in honor of the seven Cherokee clans.

A nearby museum contains artifacts and information about Cherokee culture and history, and an adjacent medicine trail showcases plants traditionally used by the Cherokee. The trail is less than half a mile in length, with a moderate climb. 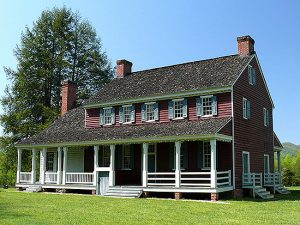 The Revolutionary War was all about defiance, so it is fitting that when General William Lenoir built a home at this former fort site, he named it “Fort Defiance.” Best known for his account of the Battle of Kings Mountain — a key Patriot victory — Lenoir served as a state legislator and the first president of the Board of Trustees at the University of North Carolina – Chapel Hill. Completed in 1792, the home is now a historic site. Visitors can explore the five-acre estate, which includes a 200-year-old garden and family cemetery.