A Clearcut Connection Between Mountaintop Removal and Climate Change 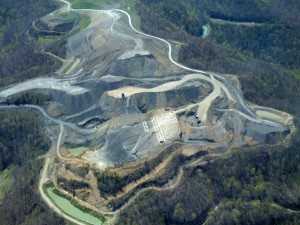 Mountaintop Removal and other destructive land uses could turn the Southern Appalachians from a carbon sink to a carbon source in as little as 12 years.

Scientists from the universities of Kentucky and California recently released a study detailing the climate implications of coal extraction by mountaintop removal. If coal mining continues at its current pace, the authors predict the next 12 to 20 years will see Southern Appalachian forests switch from a net carbon sink to a net carbon source — meaning the area will emit more carbon than it takes in.

Consequently, ending mountaintop removal may have more environmental benefits than originally realized. The long-standing goals of mountaintop removal opponents have been to protect human lives, improve drinking water, and support ecosystem health. This new research shows that ending this destructive mining practice would also be a victory in the fight against climate change — and not just by moving away from dirty coal.

Traditionally, coal gets its bad climate reputation from power plant emissions, but the authors of the study seek to shed light on the significant impact that mining has on coal’s contribution to climate change. The researchers found that mountaintop removal is not just more damaging to rivers, biodiversity and human health than underground mining; it is also worse for the global climate. Step one of mountaintop removal is massive deforestation, which exposes carbon stored in trees and soil and releases it into the atmosphere. Post-mining reclamation does not even replace fertile topsoil, much less make up for the loss of the original forest and vegetation.

By the year 2100 the authors predict a loss of at least 30 percent of the carbon safely stored in Appalachian earth today. This figure is more than enough to offset the benefits of carbon sequestration through reforestation elsewhere in the region.

While these stats are disheartening, they reveal the direct and lasting impacts of mountaintop removal on the climate and should compel mountaintop removal opponents to join the rising momentum on climate change, evident in the President’s inauguration speech, his State of the Union address, and last weekend’s “Forward on Climate” rally in Washington, D.C.