Despite Court Ruling, Obama Administration Can Still Protect Streams from Mountaintop Removal Mining – And Should 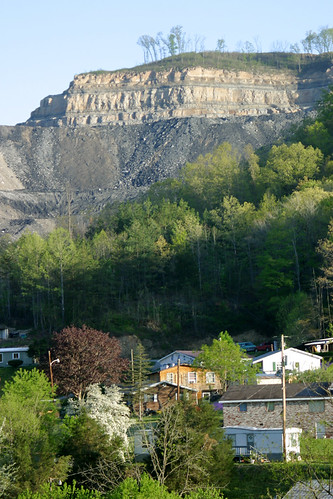 Environmental and community advocates got some jarring news Tuesday when a federal judge rejected EPA’s “guidance” on surface mine permitting in Appalachia — the centerpiece of its 3-year effort to curtail the environmental damage caused by mountaintop removal coal mining.

While it was unwelcome news, it was not as devastating as portrayed in the initial round of news stories, which appeared to be heavily influenced by the coal industry’s false narrative about an “out-of-control” EPA issuing regulations willy-nilly while going out of its way to trample on the Constitution and kill jobs.

In fact, the court objected to the procedural approach EPA took to reduce what top scientists have called the “pervasive and irreversible” impacts of mountaintop removal, but specifically not to the authority — or obligation — of EPA and other federal agencies to protect streams from being polluted or obliterated by mountaintop removal coal mining. Nor did the court challenge the overwhelming evidence by scientists, health professionals, and the findings of EPA’s independent Science Advisory Panel that mountaintop removal mining has disastrous impacts on streams and people.

Even the arcane procedural issues on which the decision was based are far from a settled matter of law — the decision is likely to be appealed by the EPA.

Nevertheless, the headlines left many Appalachian residents terrified by the prospect that regulators would revert to the lame permit rules of the Bush Administration. While there is always a chance that could happen, Appalachians can take some comfort that agencies rubber-stamping piles of permits is not a logical or inevitable outcome of the court’s decision.

The risk, of course, is that the Obama Administration will see this as an opportunity to abandon its efforts to rein in the impacts of mountaintop removal, efforts which have caused a fierce backlash from the coal industry and its allies. In the heat of campaign season, there’s probably some temptation to try to offset the political damage that the rhetoric about “Obama’s war on coal” is doing in remote corners of swing states like Ohio and Virginia, even if it means the president turns his back on his oft-repeated commitment to science-based decision-making by his agencies.

On the bright side, the way the administration perceives that political calculus is something that everyday Americans can do something about. But we’d better speak up now. Seriously, anyone who thinks that America’s oldest and most biologically diverse mountains ought not be obliterated to pad the pockets of coal company executives and shareholders needs to say so. Loudly.

The administration has all the evidence and authority it needs to deny mountaintop removal permits. While EPA appeals the D.C. court decision, and/or figures out a different way to ensure that permits comply with the Clean Water Act, it’s crucial that other agencies like the Army Corps of Engineers and the Office of Surface Mining make darn sure that science is applied in the permitting process. Based on what we know, that should be tantamount to denying any permit that involves disposing of mine waste into streams.

But there is also a lesson here for the EPA — and an opportunity to address the root of the problem. Despite tens of thousands of comments urging EPA to act, the agency has yet to overturn the Bush Administration’s nefarious change to the so-called “fill rule.” This rule defines what sort of material can be used to modify a stream, wetland or other water body for the purpose of building a road, dredging a river, etc. In 2002, the Bush Administration changed the definition of “fill” such that any waste from a surface mining operation is, by definition, fill – meaning it’s not only OK to dump in streams, it’s essentially considered a public benefit. Yes, you heard right – a benefit.

Every mountaintop removal-related permit issued by the Obama Administration has been based on that perverse logic. The lesson for EPA is that it would be futile to try to build a sensible, protective permitting regime on top of this absurd foundation laid by the Bush Administration. The EPA should overturn and replace the Bush-era fill rule.

A final lesson from this court decision is that we cannot rely solely on administrative guidances and rules to protect Appalachian citizens, the oldest mountains on the continent, or the headwaters of the drinking water supply of millions of Americans. Mountaintop removal coal mining is an outrage that should be banned by Congress, or there will always be the risk of a court striking down or a new administration overturning it, no matter how well the science supports it.

In 2002, Representatives Chris Shays (R-CT) and Frank Pallone (D-NJ) introduced the Clean Water Protection Act, which would overturn the Bush fill rule. Since then, people and organizations across Appalachia have supported the bipartisan bill by carrying a simple message to universities, church groups and Rotary Clubs across America: They’re blowing up our mountains and there oughtta be a law! Today, the bill has 130 bipartisan cosponsors in the House of Representatives. Additional legislation has been introduced recently that would put a moratorium on mountaintop mining permits.

The bottom line is that Appalachian citizens need better protection than a non-binding agency guidance. EPA should begin a formal rule-making to undo the violence done to Clean Water Act enforcement by the Bush fill rule. And ultimately, citizens won’t be satisfied until Congress passes the Clean Water Protection Act, the Appalachian Communities Health Emergency Act, or some other law that will not be so easily overturned or manipulated by ever-changing administrations and courts.

It’s not only what the science dictates, it’s what Appalachian citizens deserve.