Half-Baked Coal Ash Bill: A Dangerous Proposition for Our Air and Water

Air and Water Protections are as American As Apple Pie — and they are under attack.

Most people talk about creating legislation in terms of sausage-making. It can be downright dirty work. But I prefer to think of it as pie-baking, requiring the combination of concentrated efforts while keeping the final product in mind.

Though I am new to the world of baking, I have quickly learned one thing: no matter how great your filling, it is ultimately the crust that makes — or breaks — your pie. The filling is the easy part; just throw some fruit, flour, spices and sugar together – and voila! Pie crusts are very tricky though. If you get a temperature or an ingredient wrong, it doesn’t matter what’s in the pie — the integrity of your pie is toast. 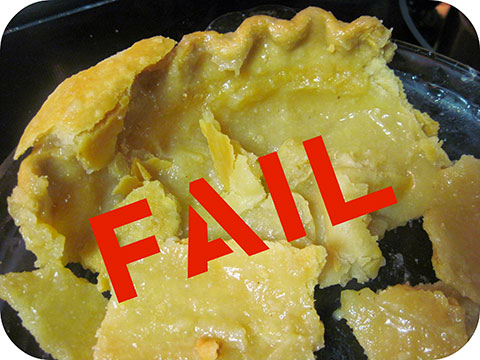 A Bad Pie is like a Bad Bill... But with dire consequences

What does this have do with latest version of the Senate coal ash bill, introduced and sponsored by a number of Southeast Senators like Lamar Alexander (Tenn.), Jim Webb and Mark Warner (both from Va.), Mitch McConnell (Ky.), Joe Manchin (W.Va.) and Lindsey Graham (S.C.).?

The bill is being touted as a compromise of legislation that passed in the House and was first introduced in the Senate last fall. But while minimal improvements have been made to the filling of this legislation, its still a terrible pie overall.

The Senate bill, like its House counterpart, would still “create a permit program unique among environmental laws,” prescribing specific regulatory standards within the legislation and according to recent analysis by the Congressional Research Service (conducted for the original House bill). Congress usually describes the need for a standard and then allows the U.S. Environmental Protection Agency (you know, the scientists) to create the specific standards based on the latest science.

This bill takes the EPA out of the equation by prohibiting any future rule-making on coal ash. No matter what future science may find regarding the toxicity of coal ash, the EPA will be prohibited from creating standards based on the new evidence.

The EPA is also prohibited from taking any substantive action when a state refuses to enforce the guidelines established in the legislation.

And that’s not all. Before the EPA was established in 1970, rivers were catching fire because of pollution. To this day states are often under-resourced, making it difficult to enforce protections. They are also subject to undue corporate influence. The Southeast and Appalachia, have seen many examples of this. Citizens impacted by ineffective state agencies can usually turn to the EPA for some relief, but this bill makes that more difficult or even impossible. The Paiute Native Americans in Nevada probably wish they had more resources in dealing with the white clouds of coal ash that are floating over their communities.

Thinking about the coal ash bill like a baker, a lot of ingredients are missing from the filling, such as:

It is no secret that the EPA is being targeted by those who give industries the license to pollute. But more importantly, Congress is responsible for directing the EPA to issue rules. The EPA issues those rules, encourages input from stakeholders (including you and me), creates revisions based on the input, and then finalizes the rules. This process can take a long time and span over several Congresses. Varying interests push EPA to simultaneously slow down or speed up their rule-making process. Sometimes, the courts give the EPA court-ordered dates by which to finalize a rule.

Without minimum federal standards based on science, the battle to stop coal ash pollution continues to be 50 distinct efforts spread across the country, or worse yet, a site-by-site effort.

Not that these fights aren’t important. Just this past weekend, the Little Blue Run pond located on the Pennsylvania-West Virginia border was ordered to close by 2016. Grassroots pressure and litigation forced this agreement between the utility, FirstEnergy and the Pennsylvania Department of Environmental Protection. At 1700 acres, Little Blue Run is the largest coal ash pond in the country.

While this a great victory for residents who live near coal ash ponds, and for the entire United States, there are still over 1000 ponds across the country. We must continue to fight for strong, consistent and scientific standards to protect our air and water from further coal ash pollution. Protections like these are, after all, as American as apple pie. And a really yummy, nicely baked apple pie to boot.

We’ll have more later, but for now, if you haven’t signed the Red, White and Water petition please do so, and fight for your right to clean water!