According to both the Center for Responsive Politics and Oil Change International, contributions from oil, gas and other energy industries skyrocketed in the past five years, with the coal industry alone contributing more than $8 million in 2009-2010 — more than twice what the industry had contributed in any previous election cycle. And during 2011, an unprecedented amount of legislation was introduced to undermine environmental protections and undo existing laws (see “The Dirtiest Congress Money Could Buy” on page 13). We took a look at Appalachian legislators from Virginia, West Virginia, Tennessee, Kentucky and North Carolina to see where they stacked up on the energy contribution spectrum. Here are the top three senators and nine representatives who received the highest contributions from the fossil fuel industry thus far in the 112th Congress. 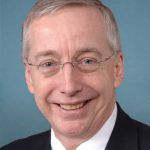 Rep. Geoff Davis (R-KY)
Rep. Davis received $38,500 from fossil fuel industries in the 112th Congress, which is just a fraction of the $427,500 energy companies have contributed to his coffers since 2005. He’s held a firm position against environmental interests, siding with industry on the majority of bills to weaken clean air and water protections this Congress. Davis’ anti-regulation stance isn’t limited to environmental issues — he introduced the REINS Act, which would require Congress to pass any major regulation. The Gallup-Healthways Well-Being Index ranked Davis’ district as one of the bottom 5 percent nationally for physical and emotional well-being. 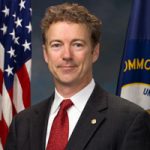 Sen. Rand Paul (R-KY)
A self-described “constitutional conservative,” Paul is ideologically opposed to government regulation of business; the freshman senator has also received over $226,500 from the energy industry. During his 2010 campaign, Paul notoriously said of mountaintop removal, “I don’t think anyone’s going to be missing a hill or two here and there.” He recently introduced a bill to significantly restrict the EPA’s ability to stop even the most egregious mountaintop removal mines from moving forward, and shows no signs of changing his ardent anti-regulation stance through the remaining four years of his term. 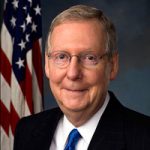 Sen. Mitch McConnell (R-KY)
The current U.S. Senate Minority Leader and the longest-serving U.S. senator in Kentucky history, McConnell has received $1.6 million dollars in fossil fuel industry donations since 1999, including large contributions from energy giants such as Exxon Mobil and Koch Industries. According to Oil Change International, during his tenure McConnell has sided with fossil fuel interests and against the environment on nearly every occasion. In 2011, along with fellow Kentucky Sen. Rand Paul, McConnell introduced S. 468, a bill that would amend the Clean Water Act to ensure that coal mines and some of the nation’s largest polluters are immune to meaningful regulatory scrutiny.

There is more mountaintop removal mining in Kentucky Congressman Hal Rogers’ district than any other district in the United States. Unfortunately, his district also has the seventh highest poverty rate in the nation, with more than 37 percent of the children living below the poverty line, and his constituents ranked dead last in physical and emotional well-being in Gallup’s 2008, 2009, 2010 and 2011 well-being surveys of all 435 congressional districts in the country. Since 1999, Rogers has received more than $430,000 of industry contributions, including significant sums from some of the nation’s largest polluters such as Alpha Natural Resources and Arch Coal. In 2010, he sponsored a bill to defund the EPA’s efforts to protect Appalachian citizens from the toxic valley fills associated with mountaintop removal. 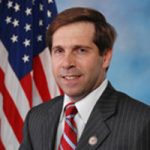 Rep. Chuck Fleischmann (R-TN)
Fleischmann gained the support of a number of coal and oil companies during his freshman run for the 112th Congress, to the tune of $46,900. He represents Tennessee’s 3rd district, which made national headlines when the Tennessee Valley Authority’s Kingston Fossil Plant spilled more than 1 billion gallons of toxic coal ash into the Emory and Clinch rivers. Fleischmann took an uncharacteristically pro-environment stance on an amendment to the House budget bill that would prohibit the EPA from spending money on regulations that identify fossil fuel combustion waste (like coal ash) as hazardous. Yet Fleischmann sided in favor of another anti-environmental coal ash bill introduced by West Virginia Rep. David McKinley and sponsored his own bill to repeal weatherization assistance that improves the energy-efficiency of low-income residents’ homes. 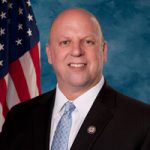 Rep. Scott DesJarlais (R-TN)
In terms of political contributions from the fossil fuel industry, Tennessee Representative Scott DesJarlais is last on our list of top recipients. Including pre-term contributions before the 2010 election, DesJarlais brought in $29,000, including $16,000 from Pilot Oil Corp. However, when it comes to anti-environmental votes, DesJarlais fits right in. According to Oil Change International, Rep. DesJarlais has voted against the environment 100 percent of the time, including key votes that would undermine the EPA’s authority to enforce the Clean Water Act and deny the science related to global warming. 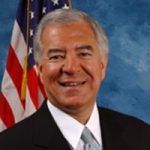 Rep. Nick Rahall (D-WV)
Congressman Nick Rahall has represented southern West Virginia in Congress since 1977. Although he has received more than $250,000 in industry donations, he casts pro-environment votes nearly half the time, according to Oil Change International. As a freshman, he helped draft and pass the 1977 Surface Mine Control and Reclamation Act, and rose through the ranks to become chairman of the Natural Resources Committee. Additionally, Rahall is the ranking Democrat on the House Transportation and Infrastructure Committee, which has jurisdiction over the Clean Water Act. But, during the 112th session, Rahall sided against clean water legislation more than a dozen times, including attempts to defund citizen protection programs, weaken
mountaintop removal regulations and block meaningful legislation on coal ash.

Sen. Joe Manchin (D-WV)
A self-described “friend of coal,” the former West Virginia governor has received more than $740,000 from the energy industry since he took office in 2009 — second only to Kentucky Senator Mitch McConnell in total amount of fossil fuel contributions received by senators in Southern Appalachian states. At his first congressional committee hearing, Senator Manchin erroneously claimed that the coal industry receives “not one penny of taxpayer subsidies,” and shortly after the 112th began he sponsored S. 272, a bill that would amend the Clean Water Act and remove the authority of the EPA to prohibit discharges of materials into U.S. waters at sites designated for waste disposal. 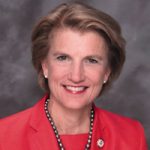 Rep. Shelley Moore Capito (R-WV)
Representing West Virginia’s 2nd District, Rep. Shelley Moore Capito has received more than $850,000 over her congressional career from energy giants such as Dominion Resources, Chesapeake Energy and CONSOL Energy. Capito sided with polluters on nearly every piece of legislation during the first session of the 112th Congress, voting significantly worse on environmental legislation than in previous terms. At the beginning of 2011, she joined Reps. Nick Rahall and David McKinley in sponsoring H.R. 199, a bill that would have suspended any action taken by the EPA under the Clean Air Act to regulate carbon dioxide for two additional years. 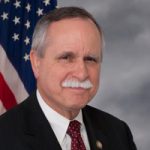 Rep. David McKinley (R-WV)
Freshman Rep. McKinley has received more fossil fuel money than almost any other representative or senator from Central and Southern Appalachia, accepting nearly $400,000 from fossil fuel industries. In McKinley’s district, Little Blue Run, the nation’s largest coal ash pond, has been leaking for years. While McKinley has announced plans to visit the site with the West Virginia Department of Environmental Protection, he introduced a bill last fall to prevent the EPA from regulating coal ash. McKinley also introduced an amendment to another bill that would have prevented the EPA from using its Clean Water Act authority to prohibit or restrict projects that would have an “unacceptable adverse effect” on water, fish and wildlife. But environmental advocates might have reason for hope — McKinley sponsored bipartisan legislation to provide rebates to homeowners who invest in energy efficiency improvements. 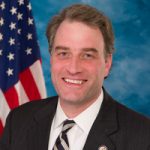 Rep. Robert Hurt (R-VA)
A freshman representative in Virginia’s 5th congressional district, Hurt received $78,600 from the energy sector before he was even elected, including substantial contributions from utilities such as Richmond, Va.-based Dominion Resources. In 2011, the House of Representatives passed a bill co-sponsored by Hurt to prevent the EPA from regulating farm dust, a pollution the agency had not intended to regulate in the first place. Including his pre-term contributions, Hurt has received $102,300 from fossil fuel industries during the 112th Congress. 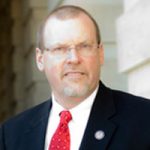 Rep. Morgan Griffith (R-VA)
This freshman representative from southwest Virginia is well-known in energy industry circles, receiving the second-highest amount ($152,300) of fossil fuel money of any Appalachian representative. Griffith has also made a name for himself as one of the EPA’s most aggressive foes — he introduced a bill to shelter polluters by stalling the EPA’s proposed limits on the amount of mercury and other pollutants released by boilers and incinerators. Griffith also sponsored an amendment to the 2011 budget bill to block the EPA and other agencies from protecting navigable waters from mountaintop removal coal mining waste. A member of the House Subcommittee on Energy and Environment, he took an anti-environmental stance on 100 percent of bills evaluated by Oil Change International.

Although North Carolina does not have the environmental issues that mountaintop removal coal mining and other resource extraction brings to the other four Appalachian states profiled here, congressional representatives from the Tarheel State still receive substantial contributions from the fossil fuel industry and energy corporations — with two Congressmen coming in just below the top 12 energy money earners from coal-bearing states to earn a mention on the Dirty Money Dozen list. 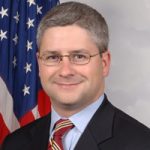 Rep. Patrick McHenry (R-NC)
Coming in at 13th on the list, Representative Patrick McHenry represents North Carolina’s 10th district in the foothills of the Blue Ridge Mountains. He ranks first in campaign contributions from the fossil fuel industry for federal representatives in North Carolina during the 112th Congress, receiving $17,500, including $10,000 from Koch Industries. 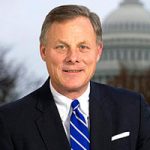 Sen. Richard Burr (R-NC)
While Burr, a member of the Senate Subcommittee on Energy, received only $1,000 in fossil fuel money in the 112th Congress (less than almost all of his peers), he received an estimated $452,000 during the 111th Congress — second only to Senator Manchin of West Virginia — and has collected a total of $1.1 million in contributions since 1999 from sources like Duke Energy and Dominion Resources. An opponent of offshore drilling regulation, Burr pushed to reopen the Gulf to oil drilling only months after the Deepwater Horizon spill, and in 2011 introduced a bill that sought to eliminate the EPA by folding it into the Department of Energy.