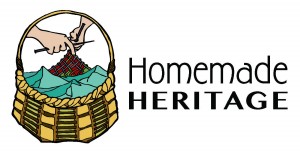 Garbage to Gas to Arts

It is hard to imagine that a landfill, the final place for mounds of household trash, could ever be a valuable resource, but Jackson County, N.C., is proving that even garbage has a use.

In 1994, the U.S. Environmental Protection Agency created the Landfill Methane Outreach Program in an effort to reduce gas emissions from municipal landfills. The goal was to help communities find a way to capture methane and use it as a resource, eliminating leakage from the landfills and reducing environmental damage.
As a result of this plan, the town of Dillsboro, N.C., held a series of meetings to determine what to do with the methane gas at the county landfill, filled with 750,000 tons of old trash.

“The public was very supportive of an art facility that would bolster the already viable tourist industry,” says Timm Muth, director of the Jackson County Green Energy Park. “The ideas just kept building on each other, and we finally settled on the fire arts — the arts that actually need fuel to create.”

Methane is created when organic materials such as yard waste, food scraps and animal waste — most of your basic landfill materials — decompose without the presence of oxygen. Approximately 60 percent of gas from a landfill is methane, which has roughly 27 times the environmental impact of carbon dioxide. The good news, however, is that methane can be used as an energy source for large generators, power plants, manufacturing facilities, furnaces, boilers — and kilns.

Blacksmithing, glass blowing, and pottery are all considered fire arts. Tadashi Torii, a glassblower and recent tenant at the park, explained that glassblowers could spend up to $4,000 a month in fuel. 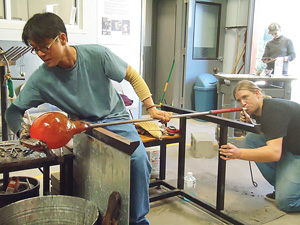 “Many artists and even glass manufacturers are going out of business,” Torii says. “They can’t afford the cost of fuel.” A park and studio that uses methane gas as fuel for glassblowers, foundries for blacksmiths and kilns for potters made perfect sense.

The park is located on eight acres of land next to the old landfill, in the former transfer station and recycling center. The building now houses a blacksmith shop, a glassblowers’ studio and a gallery to display the artists’ work. Recycled greenhouses were added and are heated with methane gas. A local florist and the Jackson County Grounds Department use the greenhouses to propagate and grow their own plant material, which saves $40,000 for the county. A ceramics house is currently awaiting construction.

The concept was to provide fully functioning spaces and eliminate the need for artists to obtain large loans to open their own studios. They simply had to pay the park the first month’s rent to cover the cost of the methane fuel, move in and start working.
For the park’s resident blacksmith, John Butner, it is a perfect fit. “I wrote my first check to the park four years ago,” he says, “and for a small business that started in bad economic times and continued in worse economic times, I’m doing okay.”

The park opened in 2006, and in the same year won the Landfill Methane Outreach Program’s project of the year award. To date, the park has prevented 888 tons of methane from entering the atmosphere, equivalent to removing 916 vehicles from the road, or planting 1,305 acres of forest.

What was once a landfill and old industrial site is now home to artists and greenhouses — turning garbage to gas to art — a productive and innovative way to deal with trash.

To learn more about the park and events at the Jackson County Green Energy Park, visit www.jcgep.org or call 828-631-0271. The park is open weekly for tours and holds regular classes, demonstrations and a yearly youth art festival. Check the website for dates.