Editor’s note: This story provides an update to The Beast of Bristol: The Landfill Haunting Residents of the Twin Cities, a story that first appeared in The Appalachian Voice in March 2022. 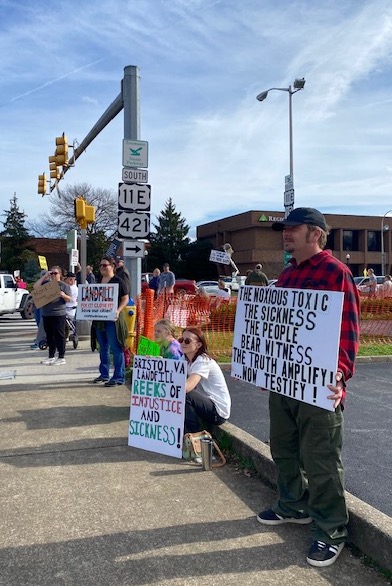 Since complaints started in late 2020, Bristol’s twin cities have been grappling with an unwelcome smell coming from the Integrated Solid Waste Management Facility on the Virginia side of the city. But an order from the Virginia Department of Environmental Quality requiring the city of Bristol, Virginia, to cover the landfill offers residents a measure of hope.


“There’s notes of … rotten produce, garbage, feces, death,” says Joel Kellogg, who lives in the Fairmont neighborhood on the Tennessee side of the city.

The smell is so oppressive that residents have taken to calling it “the Beast.”

Kellogg is the president of HOPE for Bristol, a nonprofit organization formed by locals to push for closing the landfill. But there has been debate over whether it is necessary, or even possible, to close it. In 2021, Bristol, Virginia, spent $2.8 million on efforts to remediate the site. According to Kellogg, however, the smell worsened.

In April 2022, a panel of experts convened by DEQ to evaluate the landfill issued a report. The panel confirmed allegations that high temperatures within the landfill are causing accelerated combustion reactions and the release of offensive gases. The panel recommended strategies for fixing the landfill, including lowering the internal temperature and putting a clay cap on it. 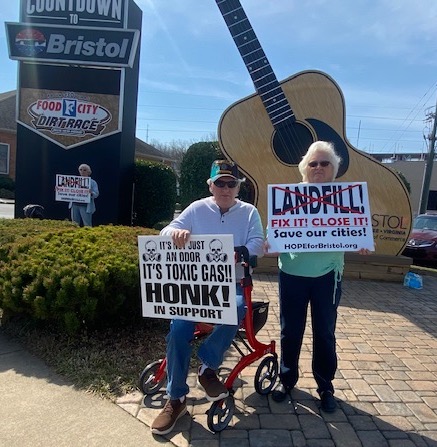 Residents regularly rally in front of the Bristol Chamber of Commerce to protest the ongoing smells from the landfill. Photo by Becky Evenden[

Then, a June 8 letter to the Bristol Virginia City Council from the state DEQ ordered the city to stop receiving waste and install an “adequate intermediate cover” over all existing waste within 90 days. The order also directs the city to implement all of the recommendations suggested by the April report.

The city’s July 6 plan of action in response to the order promises to stop accepting waste by Sept. 9, but says it is unclear whether the city will resume collecting waste after the landfill is remediated.

“It’s a huge win for our community,” wrote HOPE co-founder Becky Evenden in an email referring to the state’s order. “In the meantime, the emissions come and go. People are affected, but the community has become a bit quieter overall as the situation appears to be slowly heading in the right direction.”