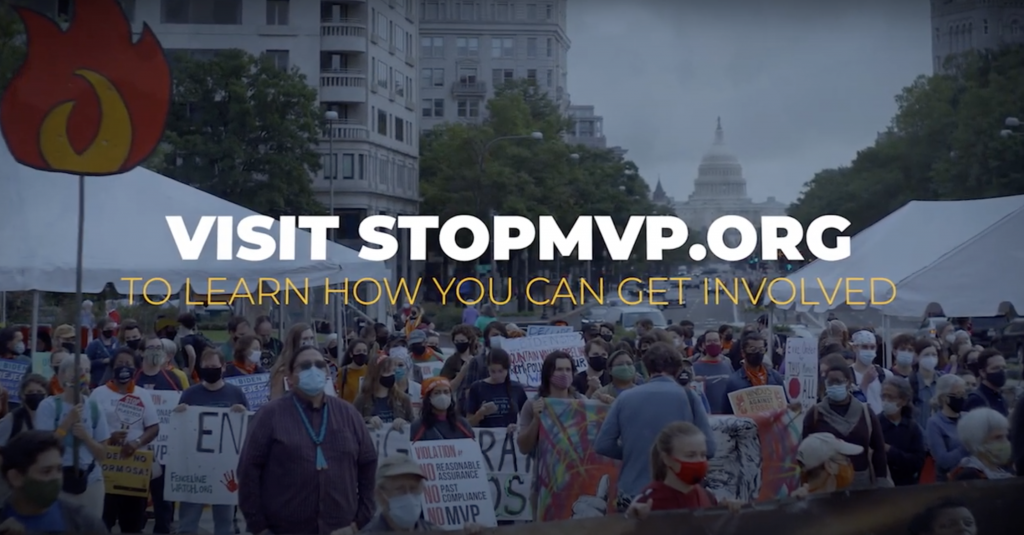 As the fight against the Mountain Valley Pipeline enters its eighth year, widespread public opposition continues to grow and the project faces an increasingly impossible future. From the loss of authorizations by the U.S. Forest Service and U.S. Fish & Wildlife Service to federal limitations placed on MVP’s ability to proceed with stream crossings, the project faces multiple major roadblocks.

This year has also seen inspiring calls to action from the frontline communities fighting the unnecessary, destructive project, like the POWHR Coalition.

On May 3, the lead partner in Mountain Valley Pipeline announced that project developers would once more seek permits from the U.S. Forest Service and U.S. Fish and Wildlife Service rather than appealing the 4th U.S. Circuit Court of Appeals’ decisions to vacate those permits earlier this year. This was the second time that the court struck down these federal permits, and now pipeline developers will attempt, for the third time, to show that MVP can meet federal environmental standards.

Equitrans Midstream Corporation now estimates that the pipeline, originally slated to go into service in late 2018, will not be completed until the second half of 2023 at the earliest. Equitrans also increased its cost estimate for the pipeline to $6.6 billion, nearly double the company’s original estimates.

On April 7, the D.C. Circuit Court heard oral arguments in the Sierra Club challenge of the Federal Energy Regulatory Commissions 2020 granting of MVP’s certificate extension. The judges questioned MVP’s characterization of the weather events the company blamed for their violations, and raised questions about FERC’s decision not to issue a stop work order this year after multiple federal permits were vacated. In 2019, MVP’s previous loss of the same permits had motivated FERC to issue a stop work order within days.

A decision from the court about MVP’s 2020 certificate extension is expected later this year.

The day after the oral arguments, FERC approved an amendment request by MVP to change the water-crossing method from open-cut dry crossings to trenchless boring under some of the streams and wetlands. But FERC placed significant limitations on this “permission” that essentially prevent MVP from moving forward. 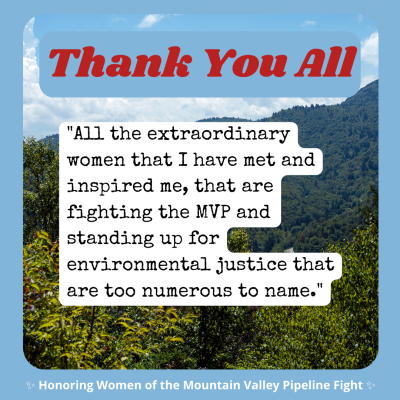 Before MVP could proceed with that trenchless boring under some waterbodies, , it must first receive authorizations from the U.S. Forest Service, U.S. Fish and Wildlife Service and the U.S. Army Corps of Engineers — none of which are currently in place. Additionally, there is no indication MVP will receive them this year.

The 4th U.S. Circuit Court of Appeals vacated MVP’s Forest Service authorization to cross a portion of the Jefferson National Forest on Jan. 25. The same court vacated the Fish and Wildlife Service authorization on Feb. 3 on the grounds that, as the opinion stated, “the agency failed to adequately consider the project’s environmental context while analyzing impacts to two species of endangered fish, the Roanoke logperch and the candy darter.” The 4th U.S. Circuit Court of Appeals also recently declined MVP’s request for the full panel of judges to review the decisions.

The U.S. Army Corps announced in February that they would not move forward with any decision while the other federal permits and authorizations are missing. With the conditions recently placed by FERC on the stream-boring amendment, the agency’s order brings the unnecessary and destructive Mountain Valley Pipeline no closer to completion.

Of note, FERC has yet to act on a Feb. 7 request by environmental groups to issue a stop work order after the 4th Circuit vacated the pipeline’s federal authorizations.

As the fight continues on the legal and regulatory fronts, those along the MVP route continue to educate, inspire and push back against this near-decade-long threat to their communities and homes.

This perseverance was exemplified in the April 7 online rally “We Believe We Will Win: A Rally to Stop the Mountain Valley Pipeline,” hosted by the POWHR Coalition and emceed by ARTivism Virginia.

The event brought together community leaders from Virginia, West Virginia and North Carolina who shared how victories have been achieved, what it will take to stop this disastrous pipeline, and how we can help.

Featured speakers included Karenna Gore, founder and director of the Center for Earth Ethics, Anita Royston, chair of the Pittsylvania County, VA Branch of the NAACP and Desiree Shelley, climate justice organizer with Mothers Out Front.

Russell Chisholm, co-chair of the POWHR Coalition, spoke at the event of the connections between climate justice fights across the nation.

“You are here tonight, knowing that however many miles of stranded pipe are scattered along the 303 miles of Mountain Valley’s Pipeline’s path of destruction, those pipes can never be connected and bring about more climate chaos,” he said. “We believe we will win.” 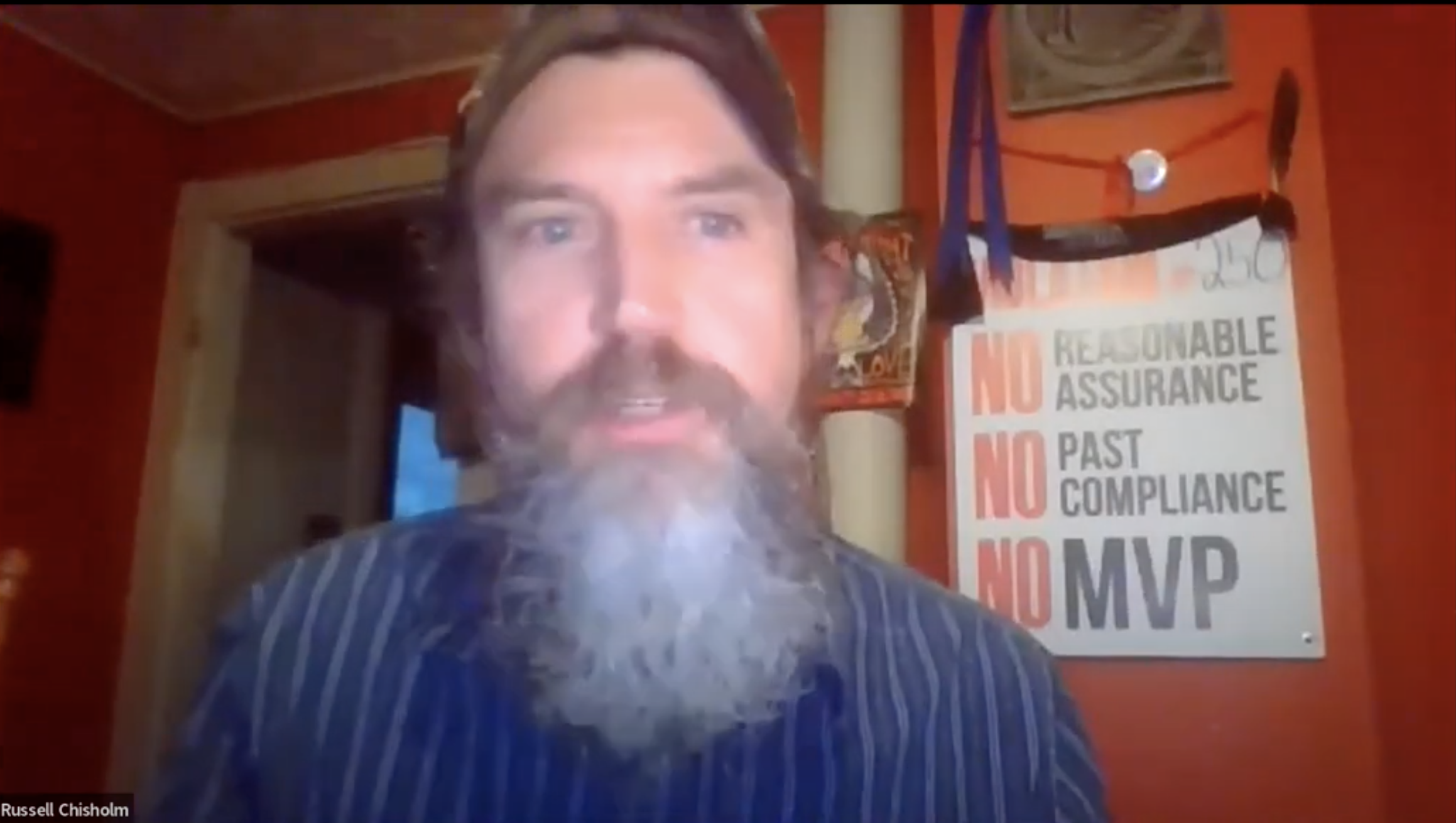 Russell Chisholm of POWHR Coalition speaks during the online rally on April 7.

The rally also included the premiere of the new “State of the Fight” video and the launch of StopMVP.org, a multi-organizational landing page for information on how to join in solidarity with those impacted by the project.

The air board denied the company’s air permit request at a meeting on Dec. 3, 2021, finding that the proposed project would impact an environmental justice community. The board also found that the project application did not comply with Virginia’s air pollution and environmental justice laws, nor with legal precedent established under Friends of Buckingham v. State Air Pollution Control Board (4th Cir. 2020).

In celebration of Women’s History Month, Appalachian Voices and POWHR hosted a deeply inspiring thank-you series to the women fighters of the MVP and MVP Southgate Extension. Messages of thanks were submitted to over 100 of the women who have played parts in this long fight, and the outpouring of recognition is reflective of the large and hard-working movement to stop the destructive pipeline. Postings can be found on the Appalachian Voices Facebook site and POWHR Facebook site.

Stay connected with Appalachian Voices via social media and email for upcoming announcements about the “Walk for Appalachia’s Future,” a multi-day event with walks following the MVP route and celebrating Appalachia, to be held the last week of May, and the next “Hands Across the Appalachian Trail” event, currently scheduled for May 28 in Pearisburg, Virginia.

The second half the year will likely see activity on multiple existing legal challenges. Environmental and community groups, including Appalachian Voices are currently challenging the state-level Clean Water Act Section 401 permits granted by West Virginia’s Department of Environmental Protection, and Virginia’s Department of Environmental Quality, and the D.C. Circuit Court will also announce its ruling on the Sierra Club’s challenge to MVP’s 2020 FERC certificate extension.

That court opinion on the certificate extension may come close to MVP’s application for another extension for their FERC certificate. The current extension expires in October. The new request will likely be submitted this summer and will trigger a new public comment period in the FERC docket. Your voice will be needed to tell FERC that Mountain Valley Pipeline does not deserve another pass to harm the communities and water resources of Appalachia.

We remain deeply thankful for everyone who continues to support the communities impacted by this extractive, harmful fossil fuel project. Appalachian Voices remains in solidarity with those impacted by Mountain Valley Pipeline, and we will continue to fight until the project is canceled.

Editor’s Note: This blog was updated on May 5, 2022, to reflect the news that MVP developers will seek new permits from the U.S. Forest Service and U.S. Fish and Wildlife Service.