Or, How I Started Worrying when I Learned that Joe Manchin Doesn’t Know What he is Talking About 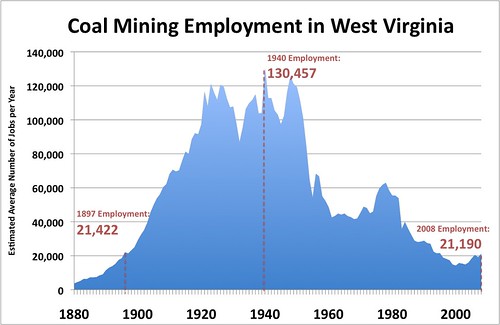 We will start today’s post with a simple hypothesis. Mountaintop removal means FEWER mining jobs for Appalachia. We will go into the correlation with poverty, the horrific physical health problems, the desperate need for economic diversification in the region, the permanent aquatic impacts, the other opportunities Appalachian Voices’ and others are fighting for, and how Appalachian coal is in permanent decline. But for now, lets review why mountaintop removal has been a decades long NIGHTMARE for fans of job creation in Central Appalachia.

Mountaintop removal mining is designed specifically to remove the miner from the process, replacing manpower with machinery, and lowering the coal companies’ overhead cost. Coal mining employs fewer people today than it did at the turn of the 19th century. West Virginia, which once employed over 130,000 coal miners, now has a coal mining workforce of about 20,000 miners. Declining coal production and productivity in central Appalachia ensures that this downward trend will continue.

Reportedly 1,000 people showed up at a taxpayer funded rally to ignore the impacts of mountaintop removal at the state capitol in Charleston, WV yesterday. The real story is that those participants are less than 1% of the 10s of 1000s of miners whose jobs have been destroyed by the coal industry in the last few years. Now, we know that the coal industry is hell-bent on continuing to destroy the traditional coal jobs our region has depended on (not to mention the mountains, streams, and public health), but I want these folks who support a completely unregulated coal industry to understand that mountaintop removal causes unemployment.

But don’t take my word for it! 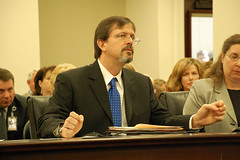 “Areas with especially heavy mining have the highest unemployment rates in the region; contrary to the common perception that mining contributes to overall employment.”
– Dr. Michael Hendryx, Mortality in Appalachian Coal Regions

“History shows that the transition from deep to surface mining devastated the region economically, and that the prosperity of mining companies has not gone hand in hand with the economic welfare of coal mine workers….Central Appalachia has suffered from current and persistent economic distress, and that this distress “has been associated with employment in the mining industry, particularly coal mining.
– Synapse Energy Economics, Economic Impacts of Restricting Mountaintop/Valley Fill Coal Mining in Central Appalachia

The increased use of mountaintop removal mining means that fewer miners are needed to meet company production goals. Meanwhile the Central Appalachian coal seams that remain to be mined are becoming thinner and more costly to mine. Mountaintop removal mining, a declining national demand for energy, rising mining costs and erratic spot market prices all add up to fewer jobs in the coal fields.
– Senator Robert C. Byrd, 12-03-09

The state’s most productive coal seams likely will be exhausted in 20 years. And while coal will remain an important part of the economy, the state should emphasize green job development. That is especially important as pressure against mountaintop mining increases. Pressure is coming from both Republicans and Democrats. During the 2008 presidential race, Republican nominee John McCain came out in favor of ending mountaintop mining. It’s something that’s evolving over time in our industry and the responsible segment of our industry realizes that
– Congressman Nick Rahall (D-WV-03), 04-02-09

Mountaintop removal not only whittles away underground mining jobs, it also creates enormous barriers to economic development and diversification, by making the area less attractive for other industries, due to the pollution of the land, air and water. Coal mining communities in Appalachia shower higher rates of economic distress in proportion to the amount of mining that occurs there and significantly more than in non-coal mining communities.

There is popular bipartisan legislation, the Clean Water Protection Act (House) and Appalachia Restoration Act (Senate), which would end the devastating practice of valleyfills. No industry should be able to dump their toxic waste into streams, and the coal industry doesn’t deserve a special carve out that allows them to poison local communities. The 2003 EPA Environmental Impact Statement shows that stopping valley fills would have a less than 1% impact on electric rates. The cost savings of mountaintop removal coal on consumers is, at best, negligible. In fact, new data shows North Carolina (and other states) paid more for strip-mined coal than for underground-mined coal in 2008. It was actually MORE expensive to use mountaintop removal coal, by every single measure imaginable.

Even the coal industry’s biggest supporters recognize Central Appalachian coal production is in permanent decline. Production has dropped 20% since 2008, and the EIA expects another 50% drop in Central Appalachian production by 2015. Job-killing strip-mining will play an increasingly large part in that increasingly small number. What part of that do Joe Manchin, Nick Rahall, and Earl Tomblin not see? Probably the part that keeps coal money rolling into their campaign coffers. The tragic part is that it keeps the rest of Appalachia like this. 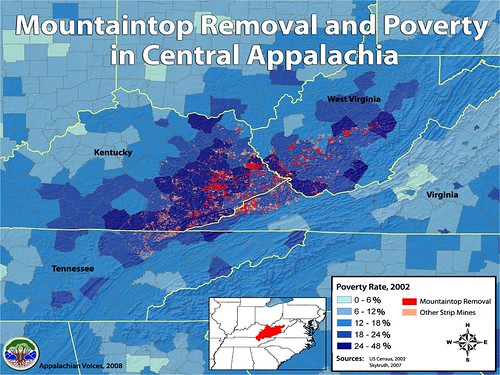 And next week, we’ll go into why mountaintop removal is a public health catastrophe, leaving Appalachia like this… 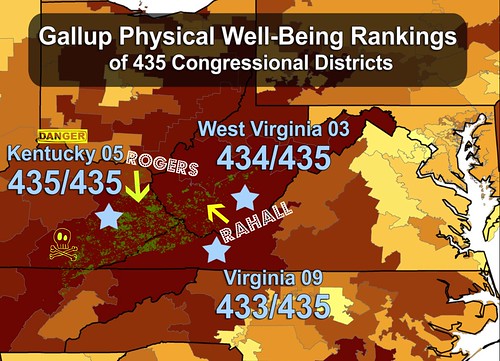