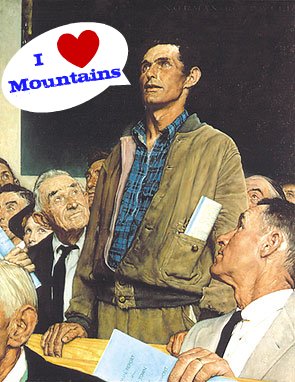 We write in support of the actions that the Environmental Protection Agency has taken recently to protect the public and the environment from the devastating effects of surface coal mining in Appalachia. Although we continue to support Congressional action to pass the Clean Water Protection Act as the ultimate protection against mountaintop removal and valley fills, the interim administration actions that the EPA has taken under your leadership represent significant progress for communities struggling in the shadow of mining and for the environment.

As you know, surface mining in the steep slopes of Appalachia has disrupted the biological integrity of an area about the size of Delaware, buried approximately 2,000 miles of streams with mining waste, and contaminated downstream areas with toxic and bioaccumulative selenium. Protections required by federal laws, suchas the Clean Water Act, were not enforced, and key rules, such as the Clean Water Act’s definition of fill material, were changed for the benefit of the coal mining industry.

The guidance your agency issued on April I for improving EPA review of surface mining operations under the Clean Water Act, the National Environmental Policy Act and the Environmental Justice Executive Order marks a long-needed assertion of EPA oversight based on recent, peer-reviewed research. When scientific research shows that surface mining routinely violates downstream water quality standards, it is critical for EPA to ensure that states and mining companies are aware of the pollution levels that cause harm, that discharge permits incorporate adequate safeguards, and that the permits are enforced.

We are also pleased that EPA’s guidance commits to ensure that potential impacts on low-income Appalachian communities are considered in permit decision-making processes. This action will breathe life into the long-overlooked Executive Order 12898, which requires federal agencies to make environmental justice part of their mission.

In addition to this policy guidance, we applaud EPA’s proposed veto of the Clean Water Act permit for Spruce No. I Mine in West Virginia. One of the largest surface mines in Appalachia, it would bury more than seven miles of headwater streams, directly impact 2,278 acres of forestland, and degrade water quality in streams adjacent to the mine. This proposed veto, an extremely rare action in the history of the Clean V/ater Act, demonstrates the EPA’s seriousness in curtailing mountaintop removal.

The ultimate success of the new guidance depends upon effective implementation by EPA and its regional offtces. Mining companies and some state agencies may reject this guidance, but we strongly urge the EPA to cany it out aggressively. In addition Congress must act to pass laws, such as the Clean Water Protection Act, which makes these protections more permanent. Nothing less will protect Appalachia from the devastation of mountaintop removal mining.

We appreciate the strong leadership you have shown in basing EPA’s new policies soundly on the latest science and taking action needed to implement the nation’s environmental and public health laws.

Support for legislation to end mountaintop removal coal mining continues to grow steadily in professional circles. This fall, the Society for the Study of Social Problems (SSSP) passed a resolution supporting the passage of the Clean Water Protection Act ( H.R. 1310), stating that “the SSSP strongly encourages Congress to pass legislation to ensure that coalfield communities who have provided cheap energy to the nation at the cost of their environment and health receive assistance in dealing with economic hardship from ongoing decline in extractive employment.”

And last spring, the Student American Medical Association added an amendment to their Constitution and Bylaws’ Preamble, Purposes and Principles (pdf) that “OPPOSES the United States’ continued reliance on coal as a primary energy source, and SUPPORTS a moratorium on mountaintop removal coal mining.”

1 Pings/Trackbacks for "Congress and the Public Oppose Mountaintop Removal"