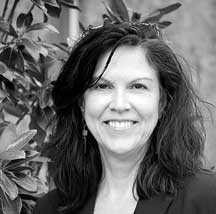 Appalachian Voices is pleased to announced the appointment of Willa Coffey Mays as our new executive director.

Mays brings 20 years of experience working with non-profit organizations, ten of those with groups focused on the environment, working in marketing, fundraising, leadership, and program development.

“To have an executive director with the breadth of experience and knowledge such as Willa Mays has is nothing short of a blessing for Appalachian Voices,” said the organization’s Campaign Director Lenny Kohm.

Mays’ work with non-profit groups has taken her to North Carolina, Virginia, Montana, Idaho and Wyoming, and she has been involved with organizations as diverse as the Blue Ridge Parkway Foundation and the Greater Yellowstone Coalition.

“Appalachian Voices has a great reputation and it is an honor to be ED,” Mays said. “More than that, it is a pleasure to lead a group of talented and totally dedicated individuals who are working for something outside themselves.”

Mays graduated from college with a BA in Psychology, and earned a dual Masters degrees in Business and Healthcare Administration at Pfeiffer University in Charlotte, NC.

Her first foray into environmental work took place at the beginning of her career, with High Point NC’s Keep America Beautiful campaign. During her year with the organization, she developed the city’s first newspaper-recycling program and a “keep your butts off the street” campaign to address the problems of cigarette littering.

After ten years working in a non-profit health care organization, where she honed fundraising, development, and leadership skills, Mays moved to Bozeman, Montana, to work for the Greater Yellowstone Coalition, an environmental advocacy organization that works to promote and preserve the ecosystem of the Yellowstone region. Mays led fundraising, marketing, communications, and membership efforts for the coalition, successfully designing and managing a $3 million “green” headquarters capital campaign and increasing the organization’s membership from 8,500 to 13,000 in just three years.

Mays was deeply influenced by theologian and ecologist Thomas Berry, and visited with him in Greensboro in 2004. “He was a saint with a deep environmental ethic,” Mays said. “At that time he was deeply engrossed in a paper he was writing about animal rights. There are those people who think about the big picture…who are idealistic and seek a higher path.”

In 2005, Mays returned to North Carolina to serve as Assistant Director of the Catawba College Center for the Environment (CCCE) in Salisbury, NC. While at Catawba, she tripled the division’s membership and income in just two years, and created the EcoXplorers Club for parents and children. She also organized and led regional conferences addressing air quality, recycling, and leadership challenges, and developed the highly successful Environmental Studies Alumni Association.

In 2007, Mays accepted a position as Director of Development at the Blue Ridge Parkway Foundation, a job which was more in line with the conservation and advocacy work she had done with Greater Yellowstone Coalition. At the Foundation, Mays worked with the National Park Service, partners, donors, and foundations to generate the annual $1.2 million budget, providing vital funding for Blue Ridge Parkway projects and programs that would otherwise go unfunded.

“We were really fortunate to hire Willa,” said Matt Wasson, Director of Programs at Appalachian Voices. “She’s the right person at the right time to take Appalachian Voices to the next stage. Under Willa’s leadership, I think we’ll have a greater focus not just on stopping the bad things that are happening, but on getting out into communities and making good things happen, like developing green jobs and renewable energy.”

Mays’ primary motivation is simple, she says. “I really care, and I’ve always been mystified when others don’t seem to care. Fine people who live in the coalfields and have worked hard all their lives are losing their homes and quality of life for the greed of a few people who do not even live in the area they are obliterating…and the headlines are about what a celebrity did or didn’t wear…its amazing. When is it enough to grab the attention of the world? When others make it an issue… and that is exactly what we are doing at Appalachian Voices.”