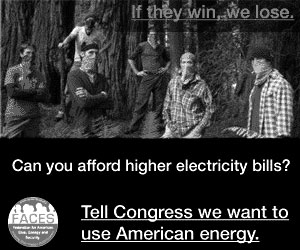 From civil disobedience with ever-increasing fines to public-hearings-turned-shouting-matches, the tension between mountaintop removal factions has turned explosive.

Fines for acts of civil disobedience in actions opposing mountaintop removal have been increasing, but the additional costs have not stopped the protests.
On Sept. 9, four protesters, along with a journalist covering the event, were arrested for blocking the road to Massey Energy’s Regional Headquarters in Boone County, W.Va. Bail was set for $5,000 each, $3,000 for the journalist.

On Oct. 22, four protesters blocked a road leading into a mine site in Kanawha County, W.Va. Bail was set at $2,000 each, but was eventually reduced to $200. And a protestor in the Climate Ground Zero campaign received the campaign’s first jail sentence—twenty days—for participating in a five-person road blockade at Massey Energy Regional Headquarters in Boone County, W.Va.

Protests continue to grow outside of the coalfields as well. A crowd gathered outside of J.P. Morgan Chase offices on Oct. 30 to protest the company’s funding of mountaintop removal mining and new coal plants; the same day, more people gathered at U.S. Environmental Protection Agency regional offices and EPA headquarters, calling on the Obama administration to do more to end it. Fourteen activists conducted a peaceful sit-in at the EPA headquarters in Washington, D.C., while others recreated a funeral procession outside.

One of the more non-confrontational protests was a Senior’s March Against Mountaintop Removal that started in Charleston on Oct. 8. The 25-mile march—consisting of over 28 seniors—was punctuated by talks given by Larry Gibson of Mountain Keepers and others.

On March 3, two teenagers hung a banner off of the Walker Cat building in Belle, W.Va., that read “Yes, Coal Is Killing West Virginia Communities”as the march passed by. The West Virginia Metro News reported that Walker Machinery CEO Steven Walker equated the two youths to suicide bombers in the Middle East.

In October, coal industry representatives distributed an image across the internet that characterized protests as the work of terrorists. The image—also posted as a banner ad on the coal industry front group FACES of COAL website—depicted protesters as terrorists with bandannas covering their faces with the phrase, “If they win, we lose.”

Tensions are also flaring at public hearings as the Obama Administration looks at various options to regulate mountaintop removal. During the fall, the Army Corps of Engineers held hearings near the Appalachian coalfields in Kentucky, Ohio, Tennessee, Virginia and West Virginia on a proposal to end the streamlined “Nationwide 21” permitting process for valley fill permits—a process used in about one-third of mountaintop removal projects.

At other hearings, those in favor for ending the Nationwide permits were shouted down by mobs as soon as they tried to speak. The U.S. Army Corps of Engineers did little to control the disruptive crowds.

The move to regulate mountaintop removal mining on a federal level has been met with great resistance from the coal industry and government officials in West Virginia.
During a House Transportation and Infrastructure Committee hearing on the Clean Water Act, West Virginia representatives Nick Rahall and Shelley Moore Capito questioned Lisa Jackson, the head of the U.S. Environmental Protection Agency, about the agency’s position on mountaintop removal coal mining.

Jackson was “happy to clarify that to say unequivocally neither EPA nor I personally have any desire to end coal mining.”

But Jackson also stated that, “what we are seeing with the science here is that as these watersheds have more and more valley fills in them, frankly, we see water quality impacts … and we believe that over time that’s going to be a larger problem and not a smaller one.”

A new review process created in June between the EPA, the Department of Interior and the Army Corps of Engineers allows for closer scrutiny of the permits for their impact on water quality. Seventy-nine mountaintop removal valley fill permits are currently going through that review process. Over 2000 miles of streams have already been buried or polluted by mountaintop removal mining waste.

Back in West Virginia, Governor Joe Manchin convened a closed door meeting with local, state and federal officials as well as representatives from the coal industry in order to speak “with one voice” to the Obama Administration about concerns over the tougher permit review process instituted by the EPA.

Last month, employees at A&G Coal Company in Virginia received notice of impending layoffs, with the company claiming that “a minority group of people against mining…[who] along with several of the regulatory agencies have partially succeeded at this time in slowing down our permitting process.”

Coal industry officials, however, have acknowledged that the extended reviews of the mountaintop removal valley fill permits will not affect mining operations for at least a year.

The Wise Energy for Virginia coalition is holding special screenings in Charlottesville, Va. of the movie “Coal Country,” a new film that tells of the dramatic struggle around the use of coal in America. The screenings will begin at 7 p.m. on Dec. 9 and 10 at the Vinegar Hill Theatre at 220 W. Market St. There will also be a wine-and-hors d’oeuvres reception and benefit before the showing on Dec. 10 at 5 p.m. at Siips Resturant, 212 E. Main St., with musical entertainment and special guests Kathy Selvage and Larry Gibson, who are featured in the film.
Tickets for either screening are $5 or $40 for the reception plus screening. To purchase tickets call Kayti Wingfield at 540-470-0643 or visit WiseEnergyForVirginia.org/coalcountry.