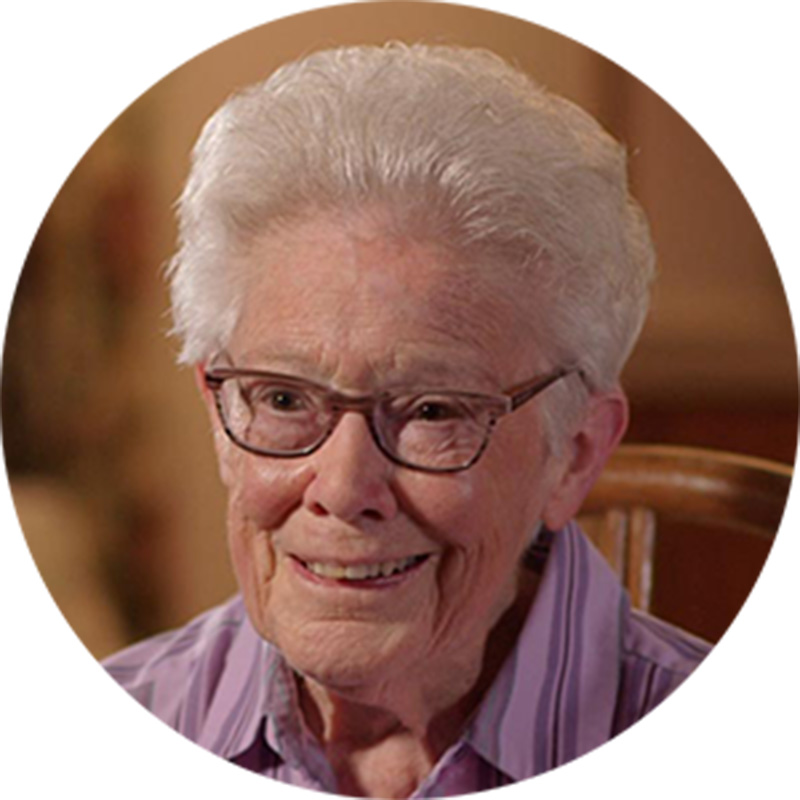 Sister Beth Davies of the Congregation of Notre Dame is a noted advocate and activist in Appalachia. Her work has covered a vast spectrum of issues, from environmental activism to helping people suffering from addiction to improving conditions for inmates.

Born on Staten Island, N.Y., Sister Beth moved to the coal mining town of St. Charles, Va., in 1972. She became involved in environmental advocacy after witnessing how strip mining destroyed her community’s mountains and water sources. Sister Beth played a crucial role in fighting and blocking the creation of private landfills in her community in the 1990s, and in pursuing federal regulatory changes for coal mining.

According to Sister Beth, major companies have tried for years to manipulate her small community with false advertisements and offers of money, whether it be Purdue Pharma trying to bring in OxyContin or coal companies trying to dump more waste in an already burdened area.

In the effort to prevent such landfills, Sister Beth founded the Citizens of Lee Environmental Action Network, also known as CLEAN.

“They wanted to dump in waste from the industrial Northeast and Northwest, they wanted to use our coal areas to dump it in on the mountains they had already destroyed,” says Sister Beth. “They’d say, ‘We know something we can do for you, we can bring in this coal ash and we can bring in this waste. We know the people there are very indigent and there’s money needed there.’ And, well, you can imagine the outrage at that.”

Sister Beth and CLEAN met with the executives attempting to convince her community of the coal ash landfill’s benefits. However, she knew the damage caused by the landfill would far outweigh the benefits, and says that she refused to allow her community to be bought. Together, Sister Beth and the community were able to effectively block the project.

“People have become much more aware of their voices, how their voice can be heard, and that’s so important,” Sister Beth says. “We’re always telling people that your boards of supervisors, they work for you. You don’t work for them.” 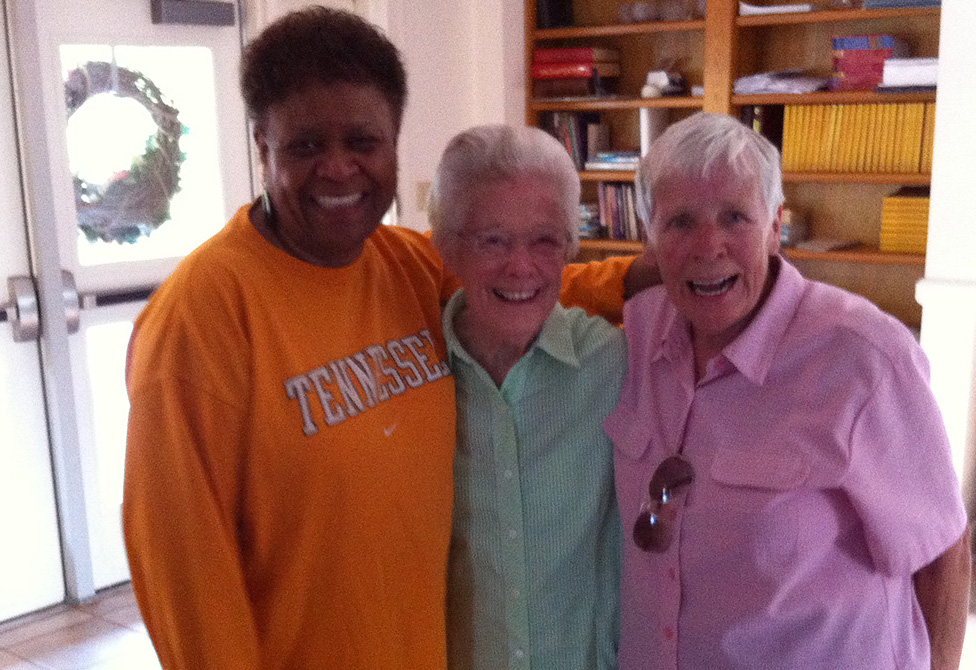 Sister Beth Davies (center) in 2014 with (l-r) her friend Jill Carson of the Appalachian African-American Cultural Center in Pennington Gap, Va., and her sister, Jane Davies.

Sister Beth has witnessed firsthand the ways in which environmental issues, public health and addiction are interconnected. Many people within her community suffer from complex health concerns, especially coal miners. St. Charles has a high rate of black lung disease, Sister Beth explains, adding that coal mining takes a physical and mental toll on workers that can make people more susceptible to addiction.

In the 1990s, she played a major role in the creation of a community coalition that ultimately pursued serious charges against Purdue Pharma. Sister Beth describes how Purdue introduced OxyContin to the community and advertised it in a way that made it appear less addictive than other painkillers. But the drug’s negative effects were swift and it made its way to high school students almost immediately, according to Sister Beth. The coalition worked to bring legal action against Purdue until the lawsuit was taken over by the U.S. Department of Justice. In 2007, the government announced a more than $600 million settlement with the pharmacy giant’s holding company.

But this did not solve the problem of addiction, and from this point Sister Beth committed herself to creating clinics and addiction education centers to help those who had become addicted.

She became involved with Appalachian Voices after visiting Boone, N.C., many years ago. For seven years she has helped two others distribute 100 copies of each issue of The Appalachian Voice newspaper in Lee County, Va. Sister Beth reaches out to locations where the paper will be welcomed, such as a local motel and grocery store.

Her faith is central to her activism. She believes there are no exceptions to the principles of “do unto others as you would have them do unto you” and “love your neighbor.”

Sister Beth never begins a day without an hour of prayer and reflection, explaining that the time and space keeps her grounded. These sentiments carry over into her work with people struggling with addiction. She states that the people she works with say the practice of quiet reflection is what they love the most.

“The way the world is going today, the way the country is going today, everybody’s moving at such a pace,” she says. “People hardly have time to think, and I think we’ve got to step back and start reflecting and centering ourselves first.”

In her decades of advocacy, Sister Beth has seen many challenges, but she also knows the strength of the region’s spirit.

“Despite all that seems to be working against us in so many ways, there’s a resilience and there’s a joy in living despite all the negatives,” she says.