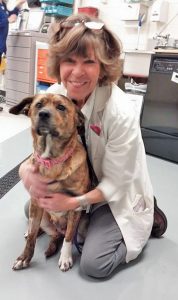 “One of my favorite quotes,” says Lynn Brammer, “is that ‘Silence is the voice of complicity.’ If you don’t speak up, you must be just fine with things.”

Based on her words and deeds, Lynn sees things that need improving. So she became active in numerous causes in her hometown of Blacksburg, Va., where she has distributed about 400 copies of each issue of The Appalachian Voice since summer 2012.

Professionally, Lynn has served as a technician at the Virginia-Maryland College of Veterinary Medicine for more than 30 years. By now, she’s helped train two generations of graduate students to care for the animals they treat.

Lynn’s interests extend far beyond her career and often focus on social and environmental issues.

Lynn became a Master Gardener in 1997, and she uses these skills to expand food security for those in need.

Through her Share the Spare project, Lynn and other gardeners and volunteers work with farmers markets in Blacksburg and Christiansburg, Va., to collect donations of produce from the customers and farmers. They also glean fruits and vegetables from local farms.

“We have collected literally tons of produce since 2010 [when the project started],” she says.

“No corporation can make big money off solar,” she says. “So consequently, our political system does not want to back these alternative sources of energy, because they can’t make the big bucks off it. So they continue this senseless argument about us needing this natural gas in order to survive, and it’s just not the case.”

This frustration with current politics extends to other areas. This year, Lynn joined the board of her local NAACP, and she worries that hostile attitudes towards minorities could discourage talented people from making their home here. 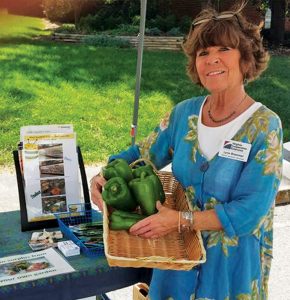 “There’s going to be people that don’t come to this country to follow up their education or to invent a new vaccine or to contribute to our society, because of the nature of our politics in the upcoming years,” she says. “And that to me is horrifying.”

Lynn’s vision of Appalachia’s future requires looking past coal mining. “Let’s look forward and think about technology,” she says. “Let’s think about alternative ways of employing these people and putting them back to work in another profession, another place other than a coal mine, where their health is gonna suffer.”

When asked what advice she would offer to someone wanting to become more active in the community, she says, “Look up the facts. Educate yourself about what you’re concerned about. Read, and read the right sources … And then question even that.”