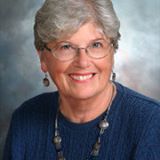 Grace Cangialosi has lived in Virginia for the past 32 years, most recently in Ruckersville north of Charlottesville, and her natural surroundings have always pushed her to find ways to protect them.

“I can see the mountains from my house,” she says, a sense of stewardship layering her voice.” And the national park is about ten minutes away.” For Grace, her everyday environment has given an incentive to her conservation efforts, commitments she says are brought about through her faith.

Her first encounter with Appalachia was while traveling to Tennessee to visit friends. Grace was living in Washington, D.C., at the time and upon experiencing the rolling green hills and peaked, old-timey mountains on her journey east, she “fell in love” with the region.

After reading about conditions in the coal mining communities and the ministries happening there, Grace became interested in finding a way to begin her own ministry in the area. She entered Virginia Theological Seminary, an Episcopal school in Alexandria, the following year, in 1986, determined that she would eventually do ministry in Appalachia.

Over the years, she soaked up knowledge about the area and its people. “I spent the summer of 1988 in Berea, Kentucky, in a program of the Appalachian Ministry Education Resource Center,” she writes.

Here she took classes concerned with the region and did work at local ministries. It was there that she learned about the fight against the Broad Form Deed—a comprehensive legal document through which coal companies bought mineral rights, often without landowners understanding the breadth of the contract—and the beginning of mountaintop removal mining.

Grace went on to pastor mountain mission congregations in the Shenandoah Valley for the next nine years. “It was a very grounding experience. The people here live without pretense, and are honest. Some of them have hard lives but a lot of strength, too.”

Working with people from the region has been “a life-changing” process, she says.

Grace’s sense of giving back to the mountains was at its height when she picked up a copy of The Appalachian Voice. She says she “loves” the paper and often reads each issue cover to cover. Soon after, she became a member of Appalachian Voices and began helping with education events the non-profit sponsors through its main office in Charlottesville, Virginia.

As a recent Virginia Master Naturalist, a certification offered after six months to a year of intensive coursework and hands-on conservation training, Grace has helped cull invasive plant species, including the likes of garlic mustard, wineberry, and stiltgrass, from the national park, and has gained extensive outdoor interpretive skills.

“I was very impressed with the program,” she says, adding that her instructors were clearly experts in their fields. With her new certification, Grace hopes to lead educational hikes, teaching anyone from scouts to interested adults more about their mountain environs. Many other Appalachian states, including West Virginia, Tennessee, and North Carolina, offer similar certifications, and Grace couldn’t recommend her experience to others more highly.

Living with one dog, two cats, and three horses out in the country, Grace still lives in a relatively undeveloped area and realizes the benefits of conserving land like her own. “Progress is a good thing, but people have different notions of that, and it can get out of hand.”

She still assists several Episcopal congregations today and continues to volunteer her time to restoring habitat in the Shenandoah National Park.