Honoring an advocate for justice and human rights

Adapted from the obituary by Nancy Dye 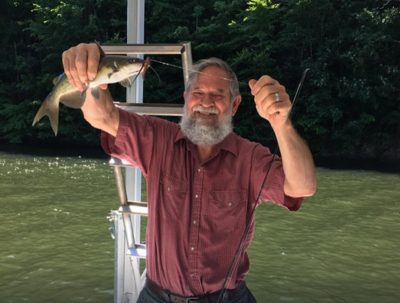 Born June 27, 1949, in Mill Creek, Va., Clint was a son of the late Clarence William Dye and Hazel Miller Dye Perkins. He was a 1967 graduate of Honaker High School and went on to further his education at East Tennessee State University, where he graduated in 1971 with a bachelor’s degree.

Clint entered the United States Army as an ROTC 1st lieutenant, a trained paratrooper with the 81st battalion in Germany. He and Nancy did a tour of duty in the Europe Division of the U.S. Army, stationed in Frankfurt, Germany during the Vietnam era, where he proudly served as a race relations facilitator. He left the military as captain in December 1975.

Upon his return to Southwest Virginia, he worked as a mental health counselor and as a juvenile counselor at the Blackford Correctional Center. He then worked in the quality control department of E. Dillon and Company and helped with the Allan Block Development. He also worked as a salesperson for the Clinch Valley Limestone Quarry.

Clint served the Raven, Cedar Bluff and Swords Creek communities as a postal mail carrier from 1989 through 2014 and made many lasting friendships during that time. He was also employed by the U.S. Equal Opportunity Employment Commission from 1988 to 2004.

Following his retirement, he became a beekeeper and farmer. Beginning in fall 2016, he volunteered as a distributor of The Appalachian Voice, this newspaper, in Russell and Tazewell counties. Clint was also a volunteer promoter for Kevin Locke of the Standing Rock Sioux Tribe, promoting diversity and multiculturalism.

Clint was a member of the Baha’i faith for 36 years and was a human rights advocate. He strived to bring awareness to social injustice, and being a global citizen was his passion. Clint lived by the motto, “one human family, one land, one God, one people.” He served as an administrative assistant for the Baha’i faith for several years. In 1994, Clint survived a very serious farm tractor accident and God blessed his family to be able to share 24 additional years of his love and devotion.

“Clint was happiest when he was able to help someone, make their day a little better,” says his friend Kathy Rowles. “He shared his positive spirit with everyone from every walk of life. I will miss his inspiration.”

He was a wonderful husband of 49 years to Nancy Herndon Dye as well as a father, grandfather, brother and friend and shared a very special bond with his eight grandchildren.

The Appalachian Voice sends deepest condolences to his family, and expresses our sincere gratitude and appreciation for his volunteer service.