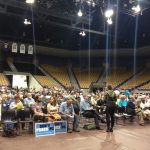 Earlier this month, concerned citizens gathered in Cullowhee, N.C., for the fourth and final hearing on rules drafted to regulate hydraulic fracturing for natural gas in the state. Throughout the series of hearings that began last month, it has been clear that North Carolinians overwhelmingly oppose the practice, and if the state's rush to begin fracking can't be completely stopped, the regulations must be stronger. [ Read More ] 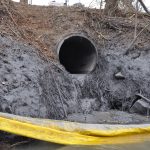 Since the Dan River spill in February, Duke Energy has been under immense public pressure to clean up its toxic coal ash legacy without passing the cost on to their ratepayers. Rather than actually cleaning up its coal ash, however, the company is spending millions to clean up its image by launching a that claims, “We’ll do the right thing with our coal ash.” It's what the "right thing" is that remains contentious. [ Read More ] 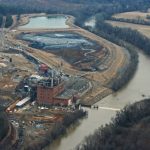 A North Carolina Superior Court judge ruled that conservation groups representing the interests of communities living near coal ash ponds can participate in a lawsuit between Duke and the N.C. Department of Environment and Natural Resources for documented, illegal coal ash pollution across the state. [ Read More ] 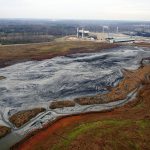 Duke Energy recently appealed a ruling that gave North Carolina authority to force the company to immediately clean up its coal ash pollution across the state. But why would the N.C. Environmental Management Commission join Duke and also appeal the decision? The answer likely has to do with who sits on the commission and how they were appointed. [ Read More ] 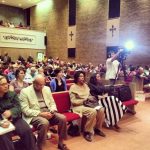 Last Monday, concerned citizens packed the pews of a local church in Eden, N.C. The crowd, which was a diverse mixture of age, race and background, assembled for a town hall meeting on coal ash, organized by the North Carolina chapter of the NAACP as a part of the Moral Monday movement. [ Read More ] 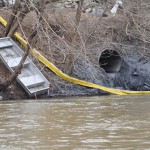 Since the Dan River coal ash spill drew national attention to the threats coal ash poses to waterways, North Carolinians have come together to tell state regulators and elected officials that the risks associated with Duke Energy’s mismanaged and outdated coal ash ponds are unacceptable. Here is a round up of the ongoing news coverage of North Carolina's coal ash problem in the wake of the spill. [ Read More ] 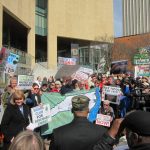 Tuesday afternoon, more than 150 concerned citizens gathered at Duke Energy’s headquarters in Charlotte, N.C., to demand that the company take action to clean up its toxic coal ash. The event was the result of an amazing collaboration between a variety of environmental and social justice groups from the states affected by the Dan River spill -- North Carolina and Virginia -- as well as national interest groups. [ Read More ] 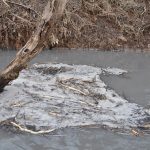 Contaminated water continued to flow into the Dan River from Duke Energy’s coal ash pond in Eden, N.C., this week. On Tuesday, state officials reported that a second pipe running beneath the coal ash pond is leaking water containing arsenic at levels 14 times higher than human health standards. Officials do not know how long the pipe has been leaking, but video footage from inside the pipe shows stains around the leaky seams, indicating that the leak is not new. [ Read More ] 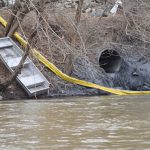 The N.C. Department of Environment and Natural Resources is the target of a federal criminal investigation following Duke Energy’s coal ash spill into the Dan River on February 2. The U.S. Attorney's office issued a grand jury subpoena requesting records from DENR related to coal ash discharges from the Dan River Power Plant including emails, memos and reports from 2010 to the present. Duke Energy confirmed to WRAL that it also received a subpoena, but the company is not required to disclose the contents of the subpoena. [ Read More ] 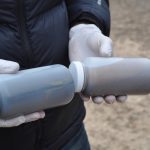 The N.C. Department of Health issued an advisory on Wednesday, warning citizens not to touch the Dan River, which was contaminated with coal ash 10 days ago after a storm water pipe broke at Duke Energy’s retired plant in Eden, N.C. The Department of Health also advised residents not to eat fish or mussels from the river. Duke still has not come out with a cleanup plan for the spill, which has left parts of the Dan River unsafe for recreational use, including swimming and fishing. [ Read More ] 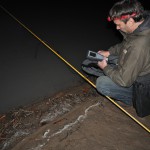 Since Sunday night, coal ash has been spilling into the Dan River from a coal ash pond at Duke Energy’s retired Dan River Plant in Eden, N.C. The spill began when a storm water pipe under the coal ash pond burst, causing coal ash to flow through the pipe into the river. Appalachian Voices water quality specialists traveled to the site of the spill to take photos, sample water and document the damage already done by the spill. [ Read More ] 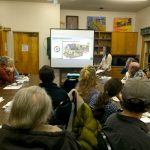