With a degree in environmental law from Vermont Law School, Nathan lead the Rappahannock County Conservation Alliance for three years before serving as AV's Virginia Campaign Coordinator from 2012-13. 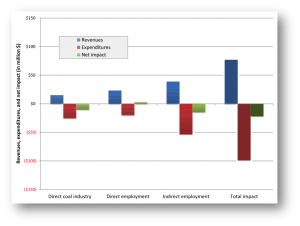 END_OF_DOCUMENT_TOKEN_TO_BE_REPLACED

Late last week, the U.S. Department of Interior announced plans to sell leases for the development of wind energy 27 miles off of Virginia’s shores and another lease block off of Rhode Island and Massachusetts. If constructed, these would be the first offshore wind generation facilities in the United States. 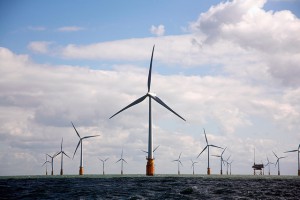 While Virginia is far from a frontrunner in the wind energy industry, or renewables in general, we have an undeniably perfect location for offshore wind. We have a unique combination of strong steady winds and shallow waters far beyond the visual horizon. Along with these physical attributes, the historically coal-focused political climate is also beginning to warm to the economic and environmental benefits of renewable energy.

In fact, both likely gubernatorial candidates – Ken Cuccinelli on the Republican side and Terry McAuliffe for the Democrats — have expressed an interest in making changes to the law that has failed to spur development of the renewable energy industry in Virginia over the past five years.

END_OF_DOCUMENT_TOKEN_TO_BE_REPLACED

Last Saturday, the Office of Justice & Peace of the Catholic Diocese of Richmond and Hollins University in Roanoke, Va., hosted an “Eco-Evening” to discuss how environmental issues in Virginia influence poverty and human health.

I was invited to relate the devastation caused by mountaintop removal coal mining. Many attendees were seeing photos of the desecrated mountains and sludge ponds in their state and other parts of Appalachia for the first time. Groans filled the room when I said that over 25 percent of Wise County, Va. has already been leveled. 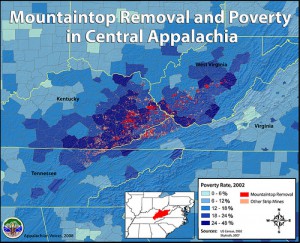 Proponents of mountaintop removal have long promised that the practice would bring economic development to the region. Instead, we’ve been left with flattening mountains, polluted air and water. Fewer than 11 percent of abandoned mountaintop removal mines sites have been developed, and many that have been are publicly funded projects such as jails and community colleges. Occasionally a Wal-Mart or strip mall take root on the rocky soil.
END_OF_DOCUMENT_TOKEN_TO_BE_REPLACED

A Chance to Learn and Share at Weekend in Wise

The annual Weekend in Wise County event, hosted by the Southern Appalachian Mountain Stewards, is more than an opportunity for people to witness mountaintop removal coal mining and what it leaves behind for the people of Appalachia. It is an opportunity to meet an amazing community trying to raise their families in an environment where the land and water are under attack from the very industry that claims to sustain them.

Coal is a fact of life in southwestern Virginia and it has been for more than a century. The problem now is that the industry is taking far more than they are giving back. The coal industry has found a cheaper way to mine coal: use giant machinery, employ fewer miners and leave behind more problems. 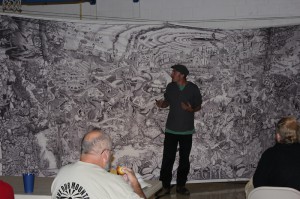 Members of the artists group, the Beehive Collective, presented their intricate portrait of "The True Cost of Coal"

The whole issue – the past, present, and future of coal – was presented in an intricate piece of art from the Beehive Collective. The artists collected people’s stories from all over Appalachia to capture this struggle. Weekend in Wise is just one of many events where the artists present the “True Cost of Coal” and tell the story behind the work. END_OF_DOCUMENT_TOKEN_TO_BE_REPLACED

Welcome to Virginia’s Energy Conference, with your host King Coal

Last week, Appalachian Voices and members of the Wise Energy for Virginia Coalition attended the Virginia Governor Bob McDonnell’s Energy Conference. Looking at the agenda, we were prepared for what would surely be a biased conference. But we didn’t know it would be this bad.

At every stage of the conference, the coal companies and electric utilities that survive on dirty energy completely suppressed the arguments for investment in energy efficiency and renewable generation. The state’s largest utilities, Dominion Virginia Power and Appalachian Energy, along with mountaintop removal giant Alpha Natural Resources, were the conferences top sponsors. Those sponsorships influenced the agenda, just as they influence in the Virginia General Assembly. 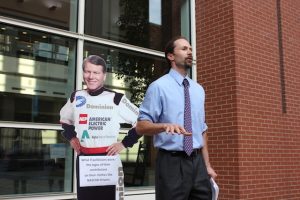 Virginia's energy policy is so concerned with how to keep coal relevant, Gov. McDonnell might as well wear his sponsors on his sleeve.

Dominion spent more than $5.5 million during the last decade in exchange for a hand in writing the laws under which it is regulated. That investment has proven worthwhile considering that Dominion stands to take in a $76 million bonus for spending less than $8 million on “clean” energy from other states, while building no new wind or solar in Virginia. This is just one of examples of corporate influence on energy policy reported in a white paper written by Appalachian Voices, the Sierra Club, and the Chesapeake Climate Action Network.

Use of coal for electricity generation is declining in the Southeast, largely due to market forces. While there is a lot of natural gas coming out of some of our neighbor states, we do not have much in Virginia. What we do have is a vast potential for energy efficiency and renewable generation, yet this conference refused to acknowledge this or take the rapidly growing wind and solar industries seriously. END_OF_DOCUMENT_TOKEN_TO_BE_REPLACED

Why the New Route? 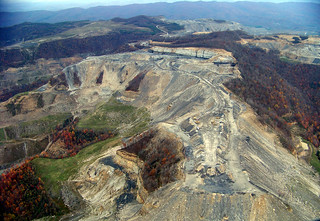 Early this week, hundreds of citizens of southwest Virginia attended two Virginia Department of Transportation (VDOT) information sessions to learn more about changes to the proposed route for a project called the “Coalfields Expressway.” The divided highway was originally conceived by VDOT but considered too costly to build across the mountainous terrain.

The coal industry saw this fiscal challenge for VDOT as an opportunity to mine coal that would otherwise be untouchable. If approved, this 50-mile long road would use eminent domain to take ownership of privately owned mountains and hillsides along the new route. The coal company would then blast off the ridge tops, burying 12 miles of streams and destroying over 2,000 acres of forest, all to scrape off the thin but lucrative seams of coal. END_OF_DOCUMENT_TOKEN_TO_BE_REPLACED