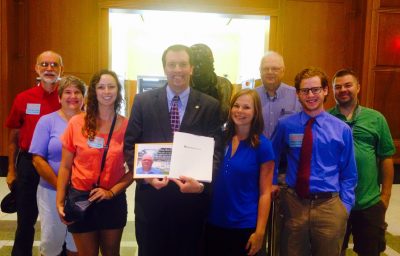 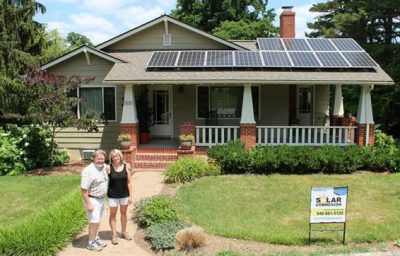 It’s like Christmas in July, at least for those of us who get excited about energy news. On Wednesday Virginia’s utilities released their long-term plans to meet demand. Here we unwrap that bright shiny package for a look at what Appalachian Power is pursuing between now and 2029. [ Read More ]

A summer of clean energy progress ahead in Virginia Summer is upon us, which means a season of hot sun, blockbusters at the movies, and developments at the state and federal levels that could spell significant progress toward a clean energy system. Here are snapshots of a few of the policies and programs we're watching in Virginia. [ Read More ]

Residents in Mountain Valley path pipe up at hearing Turnout was tremendous at the first of two public hearings where Virginians had a chance to share their stories and environmental concerns about the proposed Mountain Valley Pipeline with federal energy regulators. [ Read More ]

Yes, Virginia, there was a silver lining to the General Assembly For Appalachian Voices and our partners, it was a mostly defensive game this year in the Virginia legislature as we fought a slew of bad bills by industry-backed and climate-denying politicians. We succeeded in squelching the worst of them, but a lot of policy that could have moved the commonwealth toward cleaner energy and a stronger economy fell by the wayside. There’s always next year…. [ Read More ] As the Virginia General Assembly enters the final days of its 2015 session, we can look back on five action-packed weeks. Among the many issues our lawmakers labored over, a few — including changes to state energy policy — were explosive enough to consistently make headlines. Here’s a recap of the drama, along with a few important policies that received less fanfare. [ Read More ]

Update from the Virginia General Assembly Virginia’s legislative session may be brief, but many bills with major implications for our future energy mix have already been acted on. Two weeks into this year’s session, here is a look at where our top issues stand. [ Read More ] The Virginia General Assembly started last Wednesday, and the stage is set for an interesting couple of months while legislators tussle over a slew of energy bills--some good, and some very, very bad. Here's the rundown... [ Read More ] A recent order from the Virginia State Corporation Commission could spell trouble for residential and small-scale solar in the state. But there is also reason to have hope as regulators rejected a proposal by Appalachian Power Company to nearly double the fixed fees that show up on its customers' monthly bills. Here's a look at a schizoid rate case and what it could mean for Virginia's energy future. [ Read More ] Advocates for energy efficiency often call it “the first fuel,” and Virginia is now creeping ahead toward gains in this lowest-cost power source. The state's largest utilities are promoting new programs to help their customers invest in energy-saving home improvements, which can help Virginians save money while reducing energy consumption and pollution. [ Read More ] 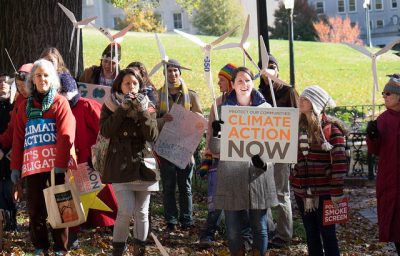 Despite last week's legislative hearing on the Clean Power Plan in Richmond being stacked with pro-industry speakers, the legislators could not fail to notice just how many Virginians took the time to be there to watch and listen, and how passionately they care about shifting to clean energy. [ Read More ] No one is more vocal about the need for Appalachian Power Company to invest in solar than those who already have: customers with their own solar arrays. But Virginians who produce their own energy are just part of a larger group of APCo customers demanding their utility expand its energy efficiency programs, encourage residential solar and take advantage of other opportunities to increase clean energy. [ Read More ]
Older Posts
Newer Posts