Statement on the passing of Rep. Donald McEachin

The staff of Appalachian Voices is deeply saddened by the passing of Rep. A. Donald McEachin, an inspiring and committed public servant and stalwart champion of environmental justice and the people of Virginia. From his time in the Virginia House of Delegates and Senate through his terms as U.S. representative of the commonwealth’s 4th District, he was committed to the communities he served.

“Congressman McEachin’s life of public service will always be a tremendous source of inspiration for so many of us,” said Appalachian Voices Executive Director Tom Cormons. “His kindness and generosity were always apparent, and he combined his deep humility and commitment to lifelong learning with his dedication to the practical work of making the world a better place — making him an incredible example of impactful, moral leadership. Working with him in the Virginia General Assembly was a privilege, and his service in Congress was a great gift to the country. What I’ve learned from seeing him in action will always be with me.”

McEachin was a leader on many environmental and social issues of importance to him and his constituents. He was a driving force for cleaning up legacy pollution in disadvantaged communities, and served as the lead House sponsor on the successful provision to invest $10 billion in abandoned mine land cleanup. This fall, he helped lead public opposition to a bill that would have undercut environmental protections and attempted to green-light the Mountain Valley Pipeline. He was a strong supporter of Charles City County residents in their fights against a proposed gas plant, and recently shared his concerns about the proposed Virginia Reliability Project. An opponent of offshore drilling and a protector of the Great Dismal Swamp National Wildlife Refuge, McEachin also fought for each of his constituents as a supporter of LGBTQ rights and racial, economic and social justice.

He was open and engaging, a dynamic and genuine communicator of deep faith. Our thoughts and sympathies are with his family, loved ones and legislative staff at this sad time. The people of Virginia’s 4th District were represented in Congress by a true public servant. 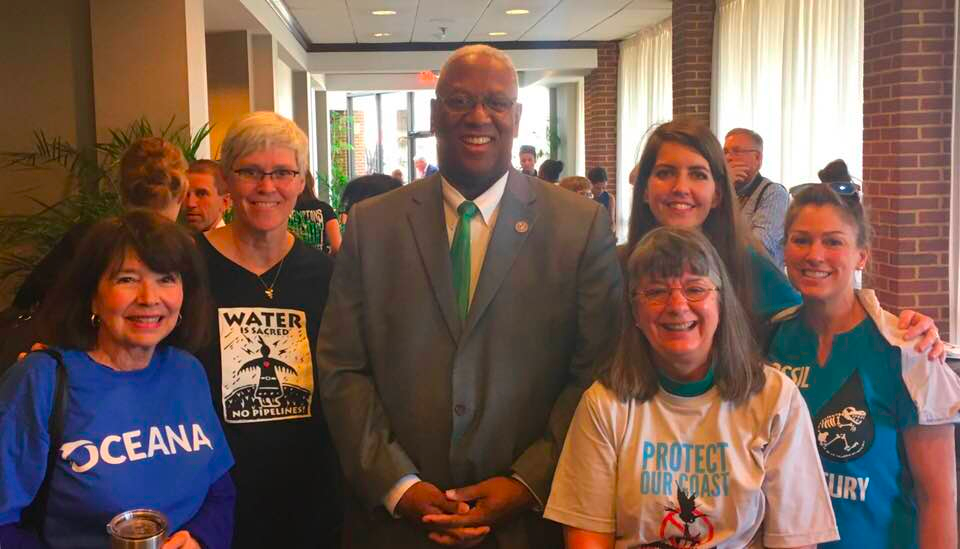