“The Chickahominy Pipeline would be a backwards-looking investment in so-called ‘natural’ gas at a time when Virginia has committed to a clean, zero-carbon energy grid,” said SELC Senior Attorney Greg Buppert. “The Commission’s full oversight of this climate-warming project is necessary to protect the public interest.”

The proposed pipeline would have serviced the as-yet-unbuilt Chickahominy Power Station, a 1600-megawatt power plant that, if constructed, would be one of the largest gas plants in the state. Virginia environmental regulators approved an air pollution permit in 2019 for the plant over the objections of local residents in Charles City County, many of whom were not allowed to speak during a final hearing on the project.

“Since 2019, Charles City County residents have been demanding more accountability and transparency because we believe that communities should be able to protect themselves from dangerous infrastructure like this pipeline and the gas plant it is intended to feed,” said Wanda Roberts of C5. “We’re very grateful that the Commission agreed with us that the Chickahominy Pipeline cannot operate without regulatory oversight, and we ardently hope these unpopular projects are cancelled.” 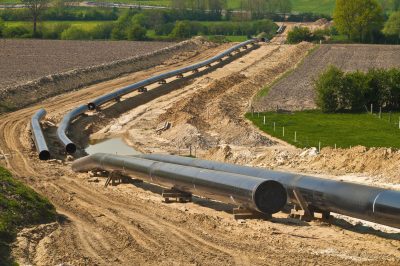 The Chickahominy Pipeline is just the latest gas pipeline to suffer setbacks in Virginia after years of rubber-stamp approvals from regulators. In 2020, Dominion Energy cancelled the Atlantic Coast Pipeline after losing many of its required permits in court. Earlier this year, the Virginia Air Pollution Control Board denied a permit for the Lambert Compressor Station, which would have supported a proposed extension of the Mountain Valley Pipeline called MVP Southgate.

“The decision to regulate proposed projects like the Chickahominy pipeline is common sense,” said Appalachian Voices’ Virginia Policy Director Peter Anderson. “These proposals must be scrutinized, as the costs borne by locally impacted communities and the climate more broadly are extremely high.”

“It is contemptible that Chickahominy Pipeline developers tried to avoid the Commission’s process and deny Virginians a voice in a major project in their backyard. This victory means people living in the path of the pipeline will have a greater say in a proposal that threatens their way of life,” said Chesapeake Bay Foundation Environmental Justice Staff Attorney Taylor Lilley. “Because the Commission asserted its jurisdiction over the Chickahominy Pipeline, there will be a more thorough state and public review that could prevent harm to the environment and nearby communities, while taking environmental justice into account.”

The pipeline would also have serious on-the-ground consequences for landowners along its route, clearing, trenching, and blasting across hundreds of private properties. Oversight by the Commission is essential to determine whether a project like this is truly necessary before landowners and the environment face this harm.

“We are grateful to everyone who worked so hard to defeat the dangerous prospect of unregulated gas transmission through the heart of Virginia,” said Catharine Tucker of Hanover Citizens Against A Pipeline, another citizen group monitoring the Chickahominy Pipeline. “We remain vigilant to address any further efforts on the part of Chickahominy to pursue this unnecessary pipeline.”

Appalachian Voices has been a regional grassroots advocate for healthy communities and environmental protection for over 20 years. The nonprofit organization is a leading force in Appalachia’s shift from fossil fuels to clean energy and a just future, with offices in Boone and Durham, North Carolina; Charlottesville and Norton, Virginia; and Knoxville, Tennessee.

Concerned Citizens of Charles City County (“C5”) is an association of citizens that formed in response to proposals to locate the Chickahominy Power Station and the C4GT power plant in Charles City County. These proposals have been advanced with limited involvement from local residents in predominantly Black communities near the sites of the proposed plants. C5 works with Charles City County residents to keep them informed by providing adequate notice of and the opportunity to obtain information regarding environmental issues that impact them. C5 works to empower citizens to act and make decisions with as much information as possible and to give citizens the opportunity to have their voices heard.

Hanover Citizens Against A Pipeline is an association of landowners who have been notified that their property is in the path of the proposed Chickahominy Pipeline and other residents of Hanover County and neighboring counties concerned about the project. This association’s mission is to support potentially affected Hanover County landowners, potentially affected landowners in neighboring counties, and other concerned citizens who oppose the construction of the proposed pipeline.

The Chesapeake Bay Foundation is a 501(c)(3) non-profit organization whose mission is to “Save the Bay,” and keep it saved. CBF works to restore the Chesapeake Bay watershed and protect the lives and livelihoods of those living in and around the Bay through dedicated advocacy, education, litigation, and restoration efforts. With 300,000 members across the nation and offices in Annapolis and Easton, Maryland; Richmond and Virginia Beach, Virginia; Harrisburg, Pennsylvania; and Washington D.C., CBF is the largest organization dedicated to restoring the Chesapeake Bay. Cbf.org

The Southern Environmental Law Center is one of the nation’s most powerful defenders of the environment, rooted in the South. With a long track record, SELC takes on the toughest environmental challenges in court, in government, and in our communities to protect our region’s air, water, climate, wildlife, lands, and people. Nonprofit and nonpartisan, the organization has a staff of 170, including 90 attorneys, and is headquartered in Charlottesville, Va., with offices in Asheville, Atlanta, Birmingham, Chapel Hill, Charleston, Nashville, Richmond, and Washington, D.C. southernenvironment.org