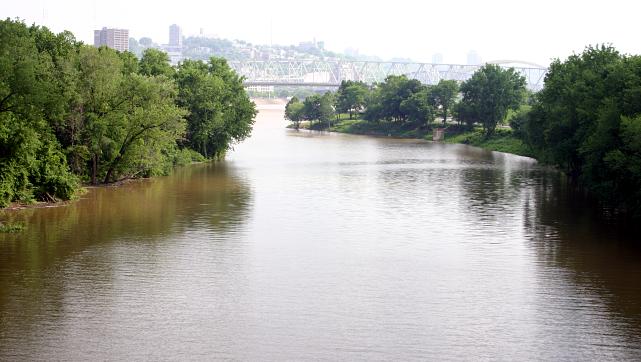 The mouth of the Licking River. Photo by Rick Dikeman / CC BY-SA 3.0

On Aug. 2, the Kentucky Division of Water opened a new public comment period regarding their plan to address high levels of harmful bacteria in 100 stream segments in the Licking River and Salt River basins. The agency will be accepting comments on the draft report through Sept. 3.

States are required by the federal Clean Water Act to develop a “Total Maximum Daily Load” for water bodies that fail to meet water quality standards. This refers to the greatest amount of pollutants allowed in a water body before it is classified as impaired.

In this case, these streams failed to meet water quality standards for E. coli and/or fecal coliform bacterias, according to Kentucky Energy and Environment Cabinet spokesperson Robin Hartman.

This public comment period is part of the larger Kentucky Statewide Bacteria TMDL, the state’s plan to address excessive bacteria levels in more than 350 Kentucky streams by 2023.

Any comments must be sent no later than Sept. 3 either by email to TMDL@ky.gov with the subject line, “Statewide Bacteria TMDL,” or by mail to the following address:

“The overall Kentucky Statewide Bacteria TMDL document is a framework that contains methodology and background for the state’s development of TMDLs,” Hartman wrote in an email. “The statewide document will grow as appendices are added that contain the individual reports for impaired stream segments.”

Hartman added that the final reports are published on the Division of Water TMDL website. There were no public comments made on the previous two draft reports, according to Hartman. The draft report can be accessed here.