Dominion holding out on struggling families 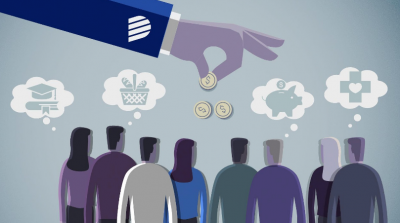 Virginia’s moratorium on utility shutoffs expired on Monday, in spite of Governor Northam’s request that the State Corporation Commission (SCC) extend it. The original moratorium was set to expire in May, but the SCC intervened multiple times over the summer and fall to protect families and businesses from losing critical water and energy services. However, it refused to extend the moratorium this time, saying that it is now the responsibility of the General Assembly to address utility shutoffs.

Meanwhile, legislators have been slow to address the crisis. Both the House and Senate budget amendments include repayment plans, and reinstate the moratorium and apply it to all utilities (not just Dominion Energy, Appalachian Power and others covered by the original moratorium). The House amendment would also direct more than $1 million in federal CARES Act funding to cover outstanding customer debts. While these measures are a step in the right direction, there’s no certainty when the budget might be resolved so they can be enacted.

Furthermore, the General Assembly rejected an opportunity to hold Dominion accountable to its customers in a meaningful way. Legislators rejected Governor Northam’s budget proposal to make the company return $320 million from three years’ worth of electric bill overcharges to Virginians (overcharges totalling $502.7 million since 2017). The governor’s proposal would have helped many people resolve their account balances. Instead, some legislators would rather let Dominion retain the lion’s share of these undeserved profits with an amendment that returns a fraction of the overcharges.

The governor, the attorney general and numerous legislators are wise to Dominion’s profit-making schemes, and have sought to make the company return to its customers what is rightfully theirs. So — why might the company succeed in keeping the majority of what it has overcharged customers since 2017?

Looking more deeply into the issue, it’s become clear that Dominion has given millions of dollars in campaign contributions to, you guessed it, the very delegates and senators who think its okay to let the company profit from a pandemic, a recession and the struggles of working families across Virginia. Between 2019 and 2020, Dominion donated nearly $250,000 to powerful legislators on each committee in the House and Senate through which the utility proposal of the governor had to pass.

Are you mad yet? We are. As the Special Legislative Session continues, it’s becoming increasingly difficult to influence the General Assembly, but if you’re up to the challenge, please contact leaders of the House and Senate budget committees. Tell Delegates Torian and Sickles and Senators Howell and Saslaw to make Dominion forgive customer debts related to Covid-19 by returning all the overcharges it owes to its customers. Now is not the time to pad the wallets of shareholders on Wall Street.

And if you learn of family members, friends or neighbors having their power shut off due to the end of the moratorium, please let us know. It’s more important than ever that we keep an eye on folks’ ability to access essential services.