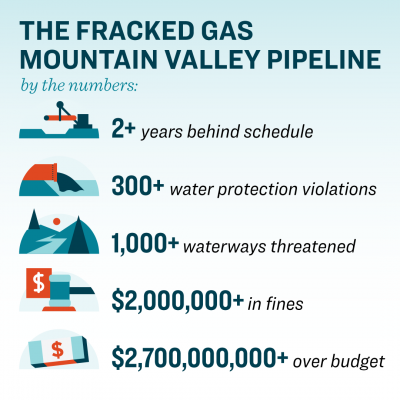 Today marks the 2nd anniversary of the timeframe that Mountain Valley Pipeline, LLC, originally said its 303-mile pipeline would be up and running, pumping gas from West Virginia through Virginia. Not only is the project two years behind schedule and only half-built, but the company has asked the Federal Energy Regulatory Commission for two more years to finish it.

As of this moment — 10 a.m. on October 1 — the pipeline is still under a stop-work order for the entire length, issued almost a year ago by FERC. And FERC has yet to grant the 2-year extension of its Certificate of Public Convenience and Necessity, upon which all other regulatory actions depend.

Notwithstanding MVP, LLC’s persistent plot line for investors that all-is-well, the project has been subject to massive enforcement fines, regulatory setbacks, legal roadblocks and a groundswell of public opposition. To date: 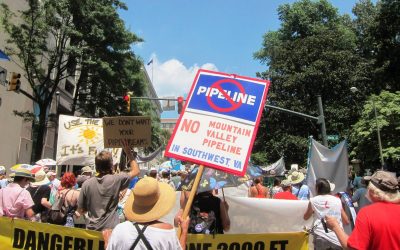 With the gas industry in free fall, analysts are expressing skepticism whether the MVP will ever be completed, or if it will be cancelled like the similarly ill-conceived and unnecessary Atlantic Coast Pipeline: 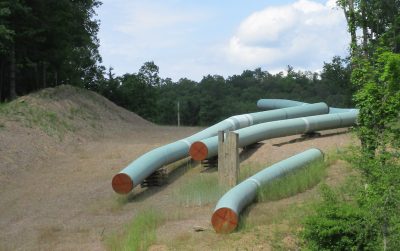 The project is showing other signs of deep trouble as well: 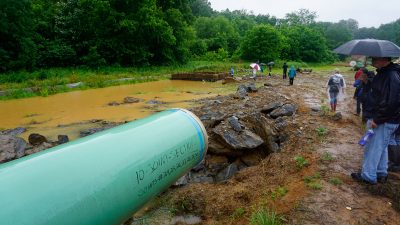 In an alarming development this week, it’s reported that staff members of the Virginia Department of Health and Gov. Ralph Northam’s administration were in direct conversation with MVP lobbyists and lawyers about bringing as many as 2,000 works into the state, and that the state officials failed to require or ensure that MVP had a sufficient preparedness plan to protect both workers and community members from Covid-19. The MVP route runs through one of the areas in Virginia hardest hit by the pandemic, and which also has extremely limited health care facilities equipped to deal with Covid cases. (Blue Virginia published this information in a 2-part series, here and here.)

From the start, the proposed Mountain Valley Pipeline has been an environmental disaster, and a nightmare for the people living along the route who’ve endured having their property taken through eminent domain, contractors working from dawn-until-dusk on their land, and seeing atrocious erosion and muddy runoff in their streams and fields. MVP, LLC continues to face financial and regulatory hurdles that could ultimately lead to the project never being completed, leaving investors, landowners and lurch for an ill-conceived and unnecessary pipeline.

It’s past time to stop this dangerous boondoggle. MVP is not a done deal.

(Thanks much to the team at Sierra Club and Natural Resources Defense Council for contributing information for this content.)